Desert of the world - a paradise for heat-resistant introverts

Desert of the world - a paradise for heat-resistant introverts 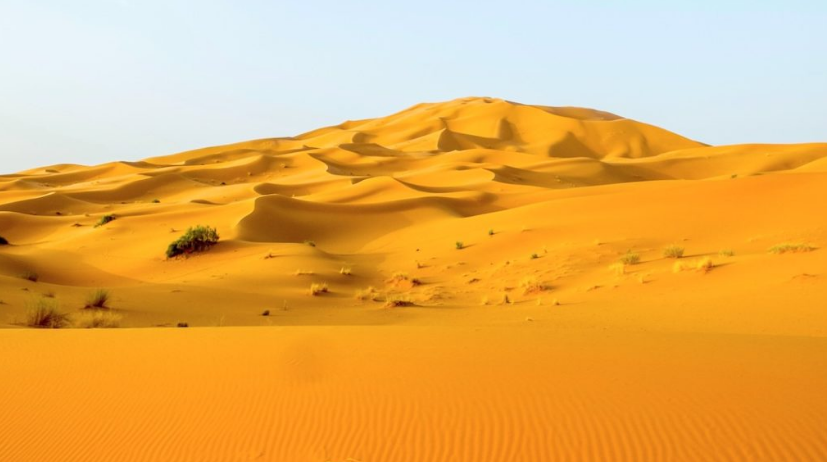 What to do where there is nothing? Search! What to look for? Anything: dinosaur footprints, a path to an oasis, an underground city, a jungle of cacti, cosmic signs ... And most importantly, in the desert you can search and finally find yourself.

Also Read:-
You can book some of the finest collection of Villas for rent in Punta Mita. People can book Punta Mita vacation rentals as per their budget and preferences to stay put for enjoying their vacations on its pristine white sand beachfront.

Deserts of the world - a paradise for "heat-resistant" introverts

Among the cosmic landscapes of huge deserts, you can catch not only heat stroke, but also that very desirable “Zen”. When the eye has nothing to cling to except the sky and sand, when the head is finally free from the colorful paints and symphony of urban sounds, you start to think and feel differently.

Looking at photographs of the greatest deserts on the planet already looks like a kind of meditation. What to say about the exotic journey through the great sands! They are conquered on SUVs, quad bikes, motorcycles, camels and even on foot. Such an adventure will never be common, because each of the deserts hides riddles, legends, signs and surprises in its dunes, both dangerous and pleasant.

The largest deserts of Africa and the world

* Sahara - canonical image
Not all wastelands resemble a stereotypical image with yellow dunes up to the skies and caravans on the horizon. But the African Sahara is exactly that. Most of its landscapes just look canonically. But just do not need to yawn: it's not so banal! First, the sands here change color: at dawn, they are pale beige, in the afternoon they are orange, and at sunset - blood red. There are even areas with black sand, and the Arabian and White deserts in Egypt that are part of the Sahara in Egypt are generally snow-white. Secondly, the Sahara is not only sand, but also black rocks of bizarre forms, stone arches the height of a house, a fortress in the middle of the desert in Morocco, a huge geoglyph “Breath of the desert” in Egypt, rock paintings over 10 thousand years old and “Mother of Water” Is an incredible desert oasis. But before you pack your bags to Africa, worth learning about the weather in the Sahara Desert interesting facts. Relatively hospitable, it happens only in winter. In the spring, sand storms begin here, and in summer the temperature jumps from + 50 ° in the daytime to below zero at night.

* Kalahari - culinary nonsense
Believe that the purest salt and delicious olive oil is produced not on the coast of Greece, but in South Africa? The Kalahari Desert, wild, dotted with traces of predators on the red sands, hides real treasures. In the subterranean lakes, they produce ecologically pure salt, which is then dried under the hot sun. And here they grow olive trees - the climate, surprisingly, to their liking and IT solutions Calgary as well.

* Namib - the oldest in the world
Scientists believe that the African Namib desert in Namibia is the oldest existing. So old that it appeared in the days of dinosaurs. True, unlike the great Mongolian Gobi desert in China, where there is a whole cemetery of dinosaurs, traces of ancient dinosaurs were not found in Namibe. But here there is the Skeleton Coast with broken ships and Dead Valley with trees that died hundreds of years ago.

The most famous deserts of Asia and Australia

* Kyzylkum - ringed, bewitched
Nowhere, probably, there are no longer such boundaries for the sands, as in Kazakhstan. The Kyzyl Kum desert between the Amu Darya, the Syr Darya and the Aral Sea seems to be sharpened into a ring of water. Such a location has affected the climate: in the summer, paradoxically, it is most convenient to wander, because the rest of the time you can get to the flood of the rivers, and to hide from the water in the desert or escape is even more difficult than from heat and dust. Now, these territories are sparsely populated, but in the Middle Ages, when the Great Silk Road ran through Kyzylkum and the Karakum Desert in Turkmenistan, entire cities flourished here.

* Israeli deserts
Not the most popular, then exactly one of the most suitable places for a full reboot in Israel is the Negev and Arava deserts. For tourists, there is not only shelter and food, but also special places where you can lie on a sofa and enjoy a hookah in the open air by the fire. Of the benefits of civilization as well - numerous signs that will not let anyone get lost. This is especially funny if you consider that it was along the Arava and the nearby Sinai desert that Moses drove the people for 40 years.

* Victoria - the underworld in Australia
60% of the territory of Australia is sand and rocky deserts In an attempt to escape from the scorching sun and terrible sandstorms, the locals just do not do anything - they even hide under the ground. Australian desert Victoria is known for the small town Coober Pedy. The name, which translates as "white man's hole", was given to the city by the aborigines. They, of course, were not frightened by the Australian sun, but the emigrants who arrived in the middle of the 9th century to obtain opal in the local mines decided not only to work but also to live underground. Half of the inhabitants of Coober Pedy still live in underground houses. Their lifestyle is quite justified because in the middle of the desert they have a comfortable dwelling with all communications and a stable temperature of + 22 ° without using an air conditioner.

Add adesanjohn to your subscriptions feed