Places to See in Bhuj

Places to See in Bhuj 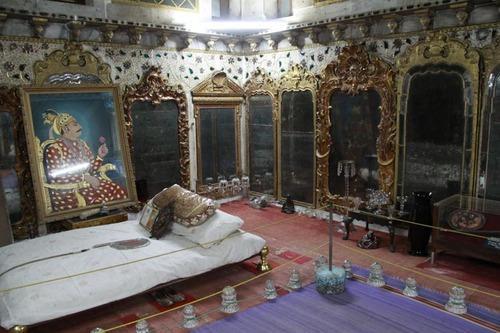 Bhuj was founded by Maharao Hamir who was a local ruler, in 1510. This city holds many places which depicts culture and architecture of ancient times. The palaces, temples and streets of this westernmost coastal city welcome tourist with warmth and great hospitality. Following are some of the main attractions of Bhuj:

Bhuj is very famous for palaces which are in built-in conventional Kutchi design. Aina Mahal also known as the Palace of Mirrors is bordered by a small equipped courtyard which was constructed in 18th century and is situated in the old city. It is a famous tourist attraction and also safeguards a museu0m inside it.

It is also known as New Palace and is situated close to Aina Mahal. Constructed somewhere in the last half of 19th century, this palace attracts tourists with its beauty.

This museum was previously identified as the Ferguson museum which was titled after Sir James Ferguson who founded this museum and was the Governor of Mumbai at the time of British rule. This museum was constructed in 1877 and holds a magnificent work of art which portrays the culture and history of Bhuj. This oldest museum of Gujarat holds a number of pieces of historic importance.

Bhuj is also famous for its various villages which give an outlook of cultural feast to the visitors. One needs special permission from local government offices to see these places. Villages like Dhaneti and Padhar are known for conventional Ahir embroidery whereas Bhujodi village is infamous for weaving. Dhamanka is famous for its block printing while Lilpur is well-known for its embroidery. Dholavira village is a prehistoric site related to Indus valley Civilization. On the other hand, Anjar village is recognized for its block printing conventional betel nut crackers and tie-dye articles. Other main attractions are a sea resort located at Mandvi, Gandhidham, Anjal Wild Ass Sanctuary and a monastery.

Apart from these places, Bhuj is also known for its fairs like Rann Utsav which is also called desert fair and many other places.

Add pankhuri to your subscriptions feed