The Best Things to do in the Pilbara

The Best Things to do in the Pilbara 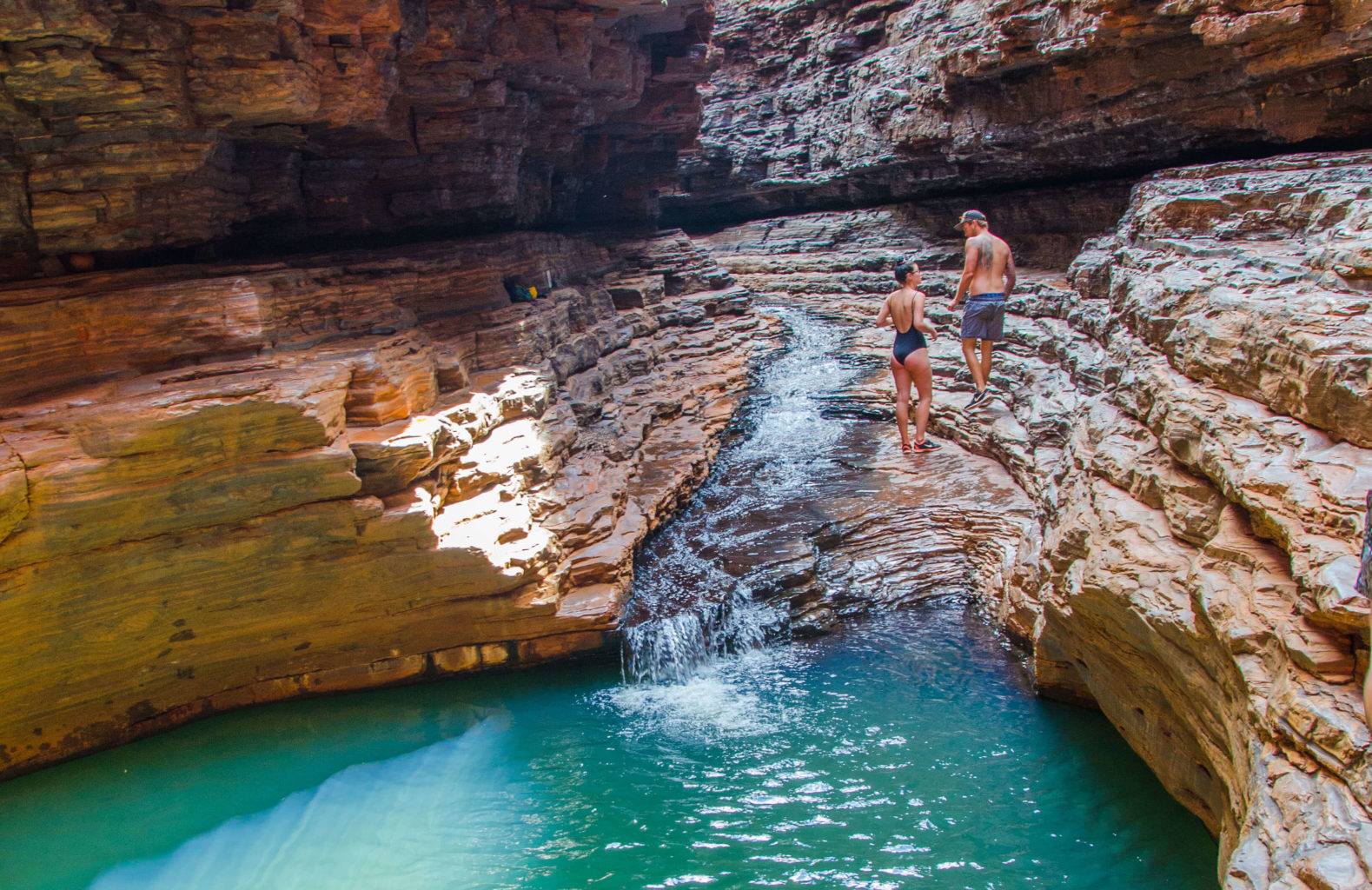 There’s more to the Pilbara than mining. The region, twice the size of the United Kingdom, is not only home to incredible national parks, but also pristine stretches of coastline and islands to explore.

Located a few hours south of Roebourne and Karratha, Millstream Chichester National Park is home to pools and gorges, scenic drives and walking trails.
Python Pool, in the base of the Chichester Range, is one of the more popular places in the park. The seasonal waterfall, close to the Roebourne-Wittenoom Road, has bbq facilities and walking trails, while the deep pool is a great spot for swimming. Also located within the park are a number of walking trails, including the Mount Herbert summit trail, in the Chichester Range, and the cliff top walk offering views over the Fortescue River and Hamersley Ranges. Picnic and day use facilities are also available at Deep Reach, a pool on the Fortescue River that is a sacred place to the Yinjibarndi people. The pool is home of Barrimurdi, the Warlu, or serpent and visitors are asked to keep noise to a minimum and treat the site with respect.

Take a tour of the Burrup Peninsula (Murujuga National Park)

Murujuga National Park on the Burrup Peninsula is home to the highest concentration of rock art engravings in the world and has been described as “the largest outdoor art gallery on the planet”. These petroglyphs are estimated to be about 40,000 years old and there are more than one million of them in the region. The engravings depict both humans and animals and efforts are being made to have this site UNESCO world heritage listed. Guided tours are available from Karratha.

Karijini National Park is located a few hours east of Tom Price and it is worth spending a few days exploring. There are a number of places to swim, such as Fortescue Falls and Fern Pool, as well as gorges to hike through. Canyoning and abseiling tours are also run here for those who are more adventurous and want to explore some of the more inaccessible and restricted gorges in the park. Read here for more things to do in Karijini.

Have a cold drink at Australia’s hottest town

Marble Bar earned the title of Australia’s hottest town due to its consistently high temperatures in summer. The town has also held the record for the world’s longest heatwave (over 150 days straight with temperatures exceeding 37 degrees). The iconic Ironclad Hotel, in the centre of town, is the perfect place to grab a cold drink. The town was named after the marble looking rock formations at nearby Marble Bar pool that was later found to be jasper (a type of quartz). Both Marble Bar Pool and Chinaman’s Pool, located close to town and only short drive away, are great spots to swim.

The Pilbara also has its share of ghost towns. The town of Cossack was established on the coast as a port for the pearling luggers and was important for the region’s pearl trade until it moved to Broome in 1886. The town was abandoned in the 1950’s but the buildings have since been restored offering an insight into life back then. There is a 3km heritage walk around the town, taking you past the court house, post and telegraph office and customs house which has since been restored and now operates as a café. South of the town of Onslow you’ll also find the remains of the original town, including the police station and courthouse.

Dampier Archipelago:
A chain of 42 islands make up the Dampier Archipelago that is located about 45 kilometres from the town of Dampier. The area is home to coral reefs and, with some of the richest marine biodiversity in Western Australia, the archipelago is great for fishing, snorkelling and diving. Camping is available on some of the islands within 100 metres of the high-water mark (with the exception of some designated special conservation zone areas) including Eaglehawk and Dolphin Island. The islands can be accessed via boat ramps at Dampier, Karratha Back Beach, Johns Creek, Point Samson and Cossack.

This group of ten islands is located about 22 kilometres from Onslow. Easily accessible by a seven minute flight or a 45 minute ferry trip from Onslow are Thevenard and Direction Islands. Thevenard Island has a number of self-contained beachfront cabins and offers a wide range of tours and activities. 4WD, turtle hatching and whale watching tours are run from here, as well as scenic tours. Kayak, SUP board, and snorkel equipment is available to hire.

Watch ‘Staircase to the Moon’

While Broome may be the best well-known town in Western Australia to watch this natural phenomenon, the towns of Onslow, Dampier, Cossack, and Port Hedland in the Pilbara also offer great views. Created by reflections of the full moon as it rises, giving the appearance of a natural staircase leading to the moon, it occurs between March and October. At Port Hedland there is a viewing deck next to the Cooke Point Caravan Park on Goode Street that has been built specially to view this event.