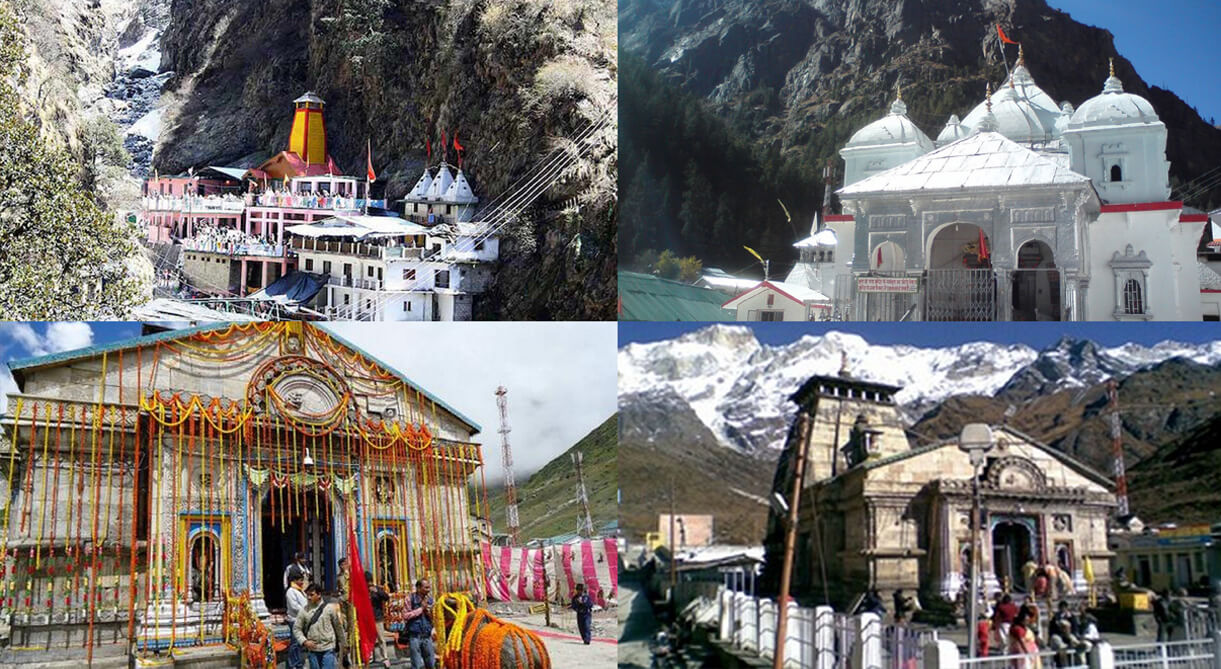 Chardham yatra tour:- Chardham is a land of great pilgrimages, sacred temples and places that attract millions of pilgrims and spiritual searchers for enlightenment, and is also called Dev Bhoomi (Land of Gods). The 4 Dhams pilgrimage is considered the most sacred place in India in the area of Garhwal: Badrinath, Gangotri, and Yamunotri. Four historical temples mark the religious origins of the four holy rivers: Yamunotri River, Ganga River (Gangotri), Mandakini River (Kedarnath) and Alaknanda River (Badrinath). These were also known for their divine roots.

Why Char Dham Yatra is necessary for every Hindu pilgrimage?

Char Dhams is the well-known Hindu pilgrimage site, nestled in Uttarakhand between the highest peaks of the Himalayas! There are five places: Yamunotri, Gangotri, Kedarnath, and Badrinath. In this Hindu pilgrimage Char Dham. The Hindu religion believes all these locations to be extremely sacred. It is every Hindu’s greatest wish to visit the holy sanctuaries for salvation at least once in his lifetime (Moksha). Chardham Yatra tour opens every year in April-May with the advent of summers, closed in October-November at the beginning of the winter. Between April to November, the pilgrims will be able to visit Char Dham shrine, Kedarnath, Badrinath, Gangotri, and Yamunotri. All winter sanctuaries are closed and their winter residences can be worshiped.

Why should one make Sacred Holy Yatra

The Tirthyatra pilgrimage is one of five activities of each Hindu, with Dharma, Worship, Sanskaras and the celebration of religious festivals according to Hinduism? Their role is one of five functions. An act of courage, modesty, and faith is a pilgrimage when the devotee goes to often difficult places, leaves his challenges at the foot of the Lord and forgets everything, but Him. An intimate experience is a journey that connects the seeker directly with what is sacred. A devotee walked through a pilgrimage to see holy men, women, and to worship in the sacred shrines. A pilgrimage to see God has a living and bliss-giving contact with the Divine, which eradicates the karma.


Add badarinathyatra to your subscriptions feed