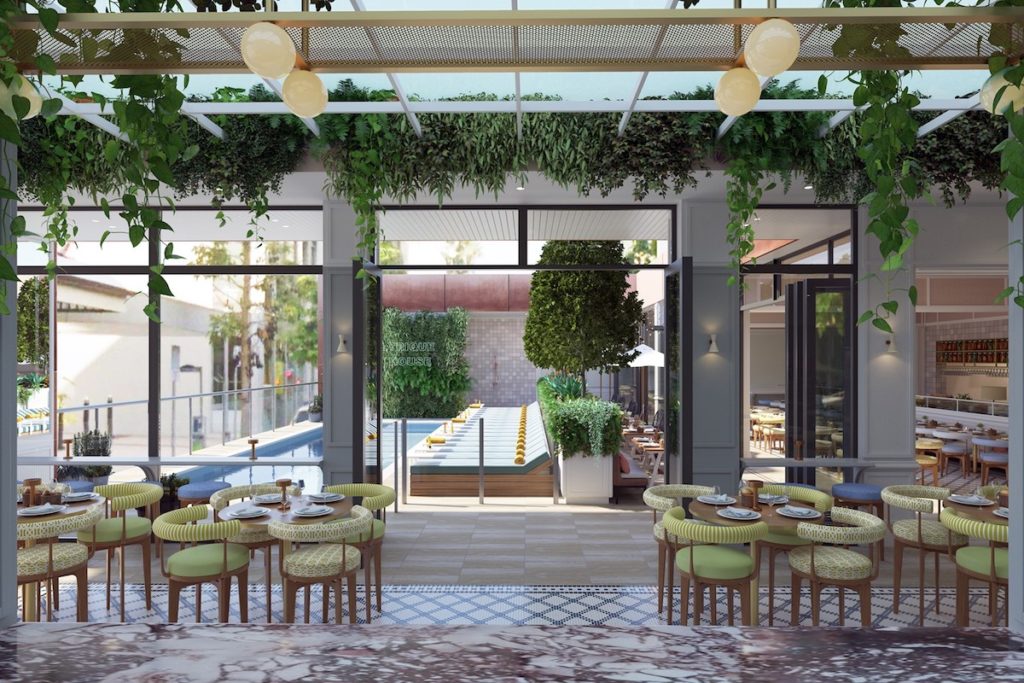 Summer is coming (see also: here!), which means its dastardly sibling the silly season is rapidly arriving. A time to relax, unwind, and look back on the year that is somehow already over, it’s very much a time to imbibe in a few quiet beverages with friends and family.

Around these parts, we’re already pretty spoiled for choice when it comes to exceptional boozeries to let your hair down, but believe you us when we say things are only getting better.

There’s a swathe of swanky new venues that have opened or will be opening soon, so we’ve compiled a handy list to help you seek them out, and perhaps stake a claim as your new favourite watering hole:

If an Irish pub on the sea sounds like your bag, you’ll be frothier than a pint of Guinness to hear The Galway Hooker will be pulling up on the Scarborough foreshore very soon. Not just any old pub however, the team behind Durty Nelly’s will be offering over 70 Irish whiskey selections, a Guinness-only cool room and the kind of attention to detail you’d expect back in the motherland, with the owners telling us: “The venue will play host to cosy nooks, snugs, a live stage for the bands and an elevated alfresco area that overlooks the Indian Ocean – at the heart of the venue is an actual Galway Hooker boat.

This one’s just opened along Northbridge’s beloved William Street strip, and has already caused plenty of fuss in a few short weeks. Three storeys with multiple bars (including rooftop views and wonderfully dark basement), a theatre room and Asian-fusion restaurant, there’s literally something for everyone. And get down in the next few weeks to catch their seven-week opening production Boom Boom In The House Of Casa Blah Blah. With the whole shebang brought to you by Marcus Canning (Fringe World, Rooftop Movies), you know you’re in adventurous and most importantly fun, hands.

Perth’s iconic Royal Hotel on the corner of William and Wellington Street in the city has finally returned and it looks fabulous. In the safe hands of owner John Parker (The Standard, Halford), the heritage-listed building has honoured its Victorian-era architecture to become a two-story marvel. With plenty of places to explore, a huge balcony (perfect for people watching) and very well priced meal offerings, it’s shaping as the perfect hotspot for our increasingly changing-for-the-better city.

Part of Perth’s first Art Series hotel The Adnate, Hyde landed with a splash a couple of weeks ago thanks to an irresistible premise of poolside bottomless fries + cocktails. Don’t let the swanky Miami vibes fool you though; they keep it pretty casual (especially during the day), with $6 drinks from 4-6pm Monday-Thursday and Bottomless Brunch on the weekends from 12pm. Make a day of it, with poolside breakfast options flowing all the way through to DJs by the pool later in the evening.

Hands up if you’ve walked around Freo and looked at the place across the road from the Norfolk Hotel and thought, jeez that’d make a great venue? We reckon there’s a few of you, and you’ll be happy to know it’s now not one, but four (!) new joints at The Old Synagogue. Featuring a 2-storey Asian Restaurant (Tonic & Ginger), craft beer bar (Mr Chapple’s), basement cellar (L’Chaim) and beer garden (The Arbor), it’s another must-do amidst Fremantle’s stacked town centre.

Maylands sees you Perth, and is fast becoming a small bar hotspot and recent addition The Seasonal Brewing Co. is another pearler. In even better news, they’ve just won the right to open for brunch and lunch during the week. With honest, modern pub fare with a few fancy flourishes at top prices to go with their exciting and ever-changing list of beers thanks to head brewer Brody Watts (Indian Ocean Brewery), head east good people – it’s all happening!

Once you’ve checked out Seasonal (or before/why not both!?), Lyric Lane is nearby and ready to serve. The 2-storey bar, café and live music venue has been a seven-year labour of love father/son Michiel and Konrad de Ruyter. Their support of the live music scene is worth your patronage alone, but unique beer tap selections (including local faves like Colonial and Beerfarm), the great menu and Kaltiva coffee make it a must. Open 7am til late every day, you’ve really got no excuse to pop in and say g’day.

An exciting new development for our northern coastal brethren, The Beach House is promising boho Byron Bay vibes in its beachfront locale on Jindalee’s Eden Beach foreshore. If casual and formal dining areas, balcony seating, sun beds and 20 beers on tap right with Indian Ocean views isn’t a homerun, we don’t know what is. We can’t tell you much else, so you’ll have to let us know once the venue opens on November 27!

This one’s a little ways off, but no less exciting particularly if you’re a gin lover. The brainchild of Freo locals Jason Townes and Matt Giudice (Ronnie Nights, Strange Company), Republic Of Fremantle will be a world-class urban distillery along with a 350-cap bar and restaurant with a gin school come Autumn 2020. They’ve been travelling the world tasting and testing for the past five years, but will be applying a unique-to-WA flavour experience to their west end haunt. The core range launches in March next year, and you can sign up to be a “citizen” up until December 24 via their website.


Add perthisok to your subscriptions feed