Traverse through the 4 lesser-known caves in Kerala

Traverse through the 4 lesser-known caves in Kerala 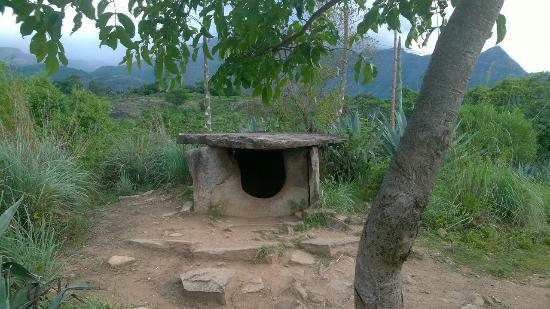 The southernmost state of India is well-renowned for its alluring beauty and natural wonders. Hundreds of travellers visit the state every year to witness the emerald surroundings and spend valuable time in the arms of Mother Nature. There are many ways to explore the fabulous beauty of nature and one among them is the exploration of caves. There is no proper evidence of how and when the caves were formed. But more than any historical monuments it is the caves that can speak on the untold stories of history. The state is blessed with stupendous caves. And each cave carries some tales related to history and religions. Some caves dates thousands of years ago. In the following paragraphs, we can have a glimpse of the famous and also least explored caves in the state.

When we speak about caves the foremost image that runs into our minds will be that of Edakkal Caves. But there are many other caves in the state that dates older than to the Edakkal caves of Wayanad. And one such cave is the Nedumala caves. Studies reveal that like any other caves in the state the Nedumal cave was not formed by any means of natural process. It is a man-made cave with height 5 m and 1.5 m thickness and a length of 4m. At a time the cave can accommodate 3 people. The alluring cave is sandwiched between two prominent districts called Ernakulum and Idukki. The man-made cave is carved out from a large granite stone. Till now three caves have been explored in the premises of Nedumala. Even though it is man-made cave archaeologist states that the cave dates back to Neolithic period nearly 3000 years ago. But it do not carry any remains of Megalithic period such as dolmens and so on. Visiting the historic caves will help to understand the unique lifestyle of the common people of ancient days and also to gain much knowledge in history. After exploring the stupendous cave visitors can enjoy the nearby mind-blowing attractions such as visiting the serene places like the hill stations in Idukki and Ernakulum.

Pandavan para, is situated in the Thenmala in Kollam district and Chengannur in Alleppey district. The rock is famous for providing stupendous beauty of nature. As the name suggests the rock is related to the famous characters of Mahabharatha. The rock is named after the five Pandava brothers. It said that the Pandavas during their exile period along with their wife Draupadi visited the region. Words are insufficient to express the fascinating beauty of the rocks. On the top of Pandavan para, one could find a temple dedicated to Lord Krishna, who was considered to be the mentor of Pandavas during the Kurukshetra war. Pandavanpara is actually a cluster of several rocks. If you want to see the three different stages of a lotus flower blooming just move to the backside of the temple. It is very well explained in the rocks. To indicate the presence of five brothers’ travellers could find a rock in giant shape reminding the strongest member of Pandava family, Bhima. Also one could find five chairs near to the temple denoting the five sons of Pandu. By exploring the Pandavanpara one would get much knowledge about the epic story of Mahabharatha and also could rejuvenate their minds by enjoying the untouched beauty of serene nature.

Has anyone ever visited any cave temple then avail of tour packages to Kerala and visit the famous Kothukkal cave temple situated in Kollam district. Kothukkal cave also known as Kaltrikkovil was formed in the 6th century. Hundreds of people come in groups to enchant the mesmerising views of the rock temple. At Kothukkal one could find three caves of unequal sizes with the presiding deity of Lord Ganapathy in between. On the larger rock trekkers could see the deity of Lord Shiva and in the third rock, the deity of Nandi (bull) is seen. The rock temple is now under the administration of the Travancore Devaswom board. Such an amazing presence of three lords could not be seen anywhere in India. So it is a rare image, therefore, do not forget to include the Kothukkal cave in your itinerary. If you are purchasing the tour packages to Kerala from Gogeo Holidays at cheap prices then rock cave exploration would be definitely present.

People always believe that the hill stations of the state only enrich traveller’s heart with the mesmerising views of scintillating nature. It is true to an extent but only a few know that the popular tourist places of the state also carries some historic reminiscences. Just visit the famous Munnar hill station. The hill station is not only well- renowned for sheltering the natural wonders but also dolmens. Most of the people would be unaware of the dolmens. It is nothing but a burial chamber formed by using 4 massive stones and covered with a large stone on the top. Studies reveal that these dolmens belong to the Mesolithic and Neolithic period. A few dolmens also belong to the Iron Age period. Many history researchers visit the place to learn more about the ancient days. After exploring the dolmens travellers can discover the magical gem hidden in the nature of Munnar.

There are many more unexplored caves in the state. To learn more about it buy the tour packages from the famous travel operators. Gogeo holidays draft the tour packages by inculcating many historic monuments and mind-blowing sightseeing places in the packages.