The unexplored Kava Island and its nearby alluring attractions

The unexplored Kava Island and its nearby alluring attractions 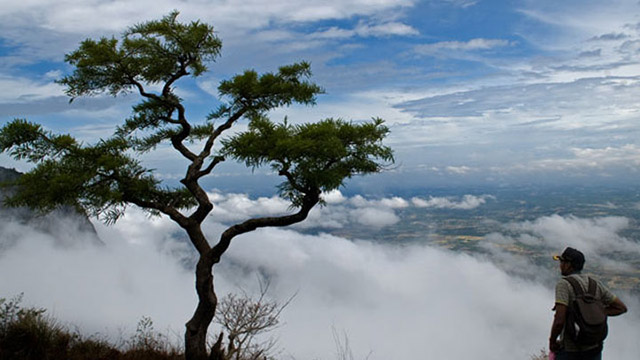 The world is enriched with scintillating tourist places. Visiting the nature-oriented places will marvel your hearts and enlighten your soul with happiness. Scenic nature not only carries wondrous natural resources but also the magical spell that could heal the stressed minds and retired body. There are many places in the universe that helps human beings to rejuvenate. When speaking about Kerala the state is abundantly showered with eye-soothing tourist spots. Each spot consists of fascinating natural resources and captivating beauty. Many nature enthusiasts mainly from metropolitan cities like Chennai visit the iconic state to explore the beguiling beauty. Palakkad the heritage city of Kerala which is also popularly known as Brindavan of Kerala is known to carry mind-blowing destinations. There would be no one in the state who hasn’t heard about the most famous Malampuzha dam. But only 1 % of people are aware of the stupendous kava island situated behind it.

Kava Island is one of the least populated and least visited tourist destinations in the state. Even though it is situated on the backside of the Malampuzha dam – the most captivating tourist destination, it is least visited by the nature enthusiasts. It would be difficult for someone to express the glittering and untouched beauty of Kava Island located in Palakkad in Kerala. Travellers can reach the destination by covering a distance of 10 km you can reach the spot. As mentioned earlier the one side of the island is surmounted by the dam and the remaining three sides are encircled with rocky hills. As the season changes so as the beauty of the mesmerising Kava Island also varies. In fact, it is impossible to predict the constant beauty of the alluring destination. You might have seen the captivating sunrise and sunsets in Bangalore but those views would be usually interrupted by the moving polluted white clouds. Such an intervention could not be seen in Kava Island. In fact, people say that if some want to witness the absolute beauty of the sun just organise a Palakkad trip at affordable price. The island is known as the womb of rain clouds. The monsoon clouds for the entire god’s own country originate from the Western Ghats that protects the island. Ask your tour operator to include the amazing Kava Island in your budget tour packages. While exploring the eccentric Kava Island do not forget to visit the nearby marvellous attractions.

The largest reservoir of Kerala, Malampuzha dam is situated in the Palakkad district. The dam is positioned on the banks of Bharathapuzha River. There are many ways to explore the Malampuzha dam that holds the capacity of 8000 tons. The eye-catching attraction of the dam is the rock-cut gardens and stone sculpture situated at the foot. The captivating garden has been designed using cans, tins, bangles and many more. Sitting in the cable you can tour the entire fascinating area with your friends and families. The Japanese garden, Yakshi garden and the aquarium seen in the shape of the aquarium will lure your minds. The garden welcomes a group of travellers to explore the majestic beauty of the gardens. The toy trains and Fantasy Park inside the garden will engage your kids and families.

If orange is your favourite fruit then ply to Nelliyampathy hills. It is situated at a height of 4600 feet above the mean sea level. For adventure enthusiasts, Nelliyampathy would be a perfect choice. More than the nature enthusiast it is the trekkers who flock to the region. When strolling through the captivating hill station you will forget all your worries and tensions. When touring the scintillating place do not forget to pick oranges as the region is known to be a haven for orange cultivation. Apart from the orange, you can also collect the leaves and various products of tea, coffee and spices from the green meadows enveloping the hills. Never miss out the Seetahrkundu point where the main characters of the holy book Ramayan called Lord Sita, Lord Rama and Lord Laxman rested during their exile period. You can fill your camera’s memory card with the amazing species of wild animals and birds.

Silent Valley is another luring hill station in the district of Palakkad. The untouched beauty and scenic nature of Silent Valley could be compared with any of the serene places in the state. As part of conserving the virgin beauty even now the region is considered to be uninhabited. Just like the Nelliyampathy hills you can also practise adventure events such as trekking, rock climbing and also nature walk. Spend a few hours in the arms of Mother Nature at Silent Valley will gift sweet memories that to be cherished in your late fifties. But before that, you are supposed to get the prior permission from the concerned forests department of Palakkad.

Parambikulam Wildlife Sanctuary is encompassed with exotic species of amazing birds and animals. It is the perfect place where you can spot endangered species. The alluring beauty and presence of distinguished mammals not only pull travel enthusiast but also environmentalist, trekkers, and educationalist. The most popular Parambikulam Wildlife Sanctuary is sprawled in an area of 377 sq.km. The best way to explore the charm of the sanctuary is by practising boating in the nearby three dams namely Thunacadav, Parambikulam and Peruvaripallam. Apart from the fauna and flora the sanctuary also protects the tribal community who is prominently known as protectors of jungles.

There is no end for the outstanding attraction in Palakkad district. So to be part of these mind-blowing factors avail of group tour packages to Kerala from Gogeo holidays at cheap rates. Try to be the lucky lot and be the winner of the exciting prices arranged by them. So don’t waste your time avail of the packages before it expires.

Thank you for writing this piece. I am delighted to have read this article and share it with others? Don't know if you agree? I am a student learning about online games, and I have access to a fantastic gaming website. slope unblocked is a 3D running game with excellent controls, incredible speeds, and addictive gameplay.