Explore the unseen waterfalls at Dhoni in Palakkad

Explore the unseen waterfalls at Dhoni in Palakkad 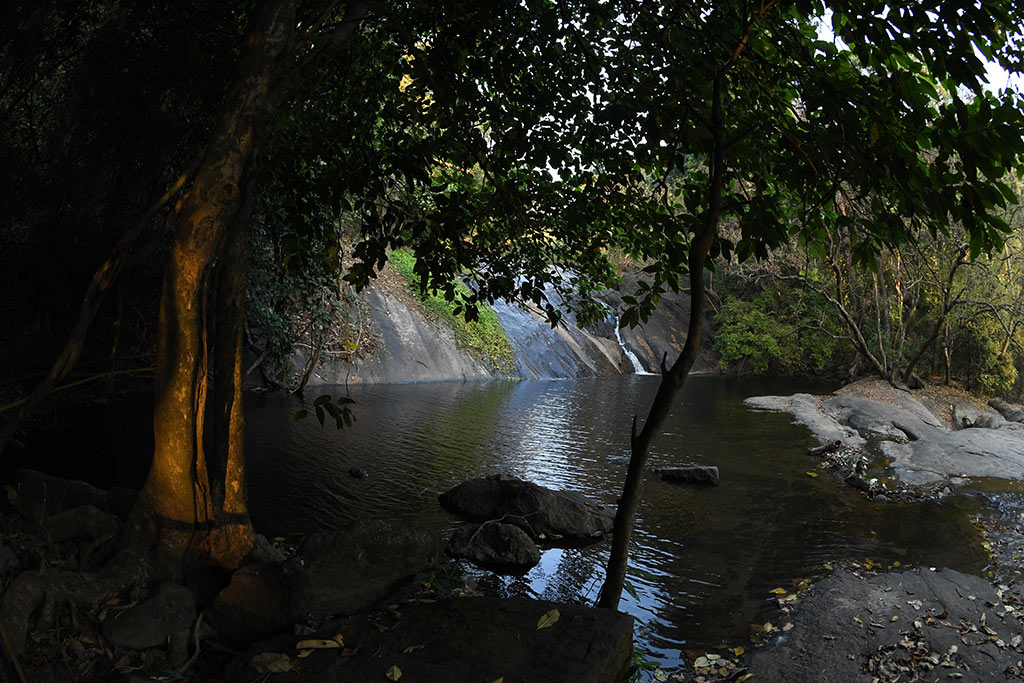 Trekking is one of the most popular adventure games all over the world. Not only the youngsters but also the middle-aged people love to practise trekking to the lofty hills. Enjoying the surreal beauty of the unseen nature from the top of the mountain is something that cannot be described in mere words. Many adventure enthusiasts avail of tour packages to the breathtaking hill stations to witness the panoramic view of the unexplored serene places. Visiting the unseen places with your group of friends will help you to revitalize your stressed minds. Many nature lovers always flock to south Indian state called Kerala to energize their tired souls. Famously known as ‘granary of Kerala’ Palakkad is known to carry the most beautiful part of the emerald surroundings. The district is popular for its eccentric culture and traditions. Palakkad is well-renowned not only for its heritage but also for its picture-perfect landscapes. When someone hears the name Palakkad the first image that runs into their mind will be of the famous Nelliyampathy and Silent valley. But there would be only a few who would have heard about the least popular but an upcoming tourist destination known Dhoni. Dhoni waterfall is one of the captivating waterfalls in the district that lures the people from the neighbouring cities such as Bangalore, Madurai and Hyderabad to purchase the tour packages to the state and explore its magnificent beauty. Trekking to the Dhoni forest and capturing the alluring images of cascading waterfalls into your heart is really a priceless activity.

Situated at a distance of 12 km from Palakkad town, Dhoni forest glitters with misty mountains and rare species of endangered wildlife such as elephants, tigers, and bison and so on. Hundreds of travellers from various corners of the nation opt for trekking to the fabulous hill. 4 km trail from the base camp to the top of the mountain through the thick vegetation of teak woods will take you to a world of wonders. Before practising trekking to the lofty hills communicate with the forest department whether any wild animals are roaming alone in the forest if so you will have to postpone your tour. Prior to trekking purchase, you will have to purchase the entry passes from one of the oldest check posts in Kerala built by the British. They will verify your bag to check whether you carry any plastic items. If you have decided to practise nature walk select the well-worn path. It will take nearly 4 hours to complete your natural trail in the midst of the densely populated forest. If you are tired of walking through the dense forest you can avail of 4x4 jeep safari at cheap prices from the authorities. On the way to your destination, you will come across the ancient colonial mansion called Kavarakunu built by the British in 1850 to monitor the cardamom and orange plantations. As the mansion is abandoned since a few years you can halt there and enjoy its beauty. During your exploration, you are supposed to remain silent and hold your breath to trace the plunging sounds of cascading waterfalls. As the place is situated far from the town there would no canteens on the way to the forest, therefore, carry enough water bottles and snacks to satiate your appetite and thirst. While climbing the hill you can spot amusing images of birds and animals wandering in groups in the dark forest. To capture the photographs of the nocturnal birds and animals purchase a night stay package in a treehouse at affordable rates from your tour operator. To enjoy the scenic beauty of virgin nature, visit the fabulous destination during the months of September and October. Followed to your forest expedition visit the Vishwanatha Swamy Shrine, one of the oldest Shiva temple in the state. Participate in the seven-day long chariot festival conducted annually in the shrine. Initially, travellers who visited the splendid Dhoni waterfalls used to make a visit to the scintillating Malampuzha dam. The water cascading from the Dhoni forest ends at Malampuzha dam. Trekking to Malampuzha dam from Dhoni was entertained a few years ago. Understanding the calamities in the trek path, the road has been closed by the authorities.

Following the Dhoni expedition, you can move to Malampuzha. Malampuzha Dam is one of the noteworthy attractions in Palakkad district. It is one of the largest reservoirs in Kerala and situated towards the west of alluring Dhoni waterfalls. The captivating beauty of the dam is the lush green meadows encircling the ancient dam. The meadows have divided into several groups such as entrance garden, yakshi garden, Japanese garden, and upper garden. Along with it you can entertain yourself in the entertainment zones embodied with spiced fruits camp, toy trains, Fantasy Park, and fish-shaped aquarium situated in the premises of the dam. The best way to enjoy the aerial view of the splendid surroundings is by riding in the cable cars.

How to reach Dhoni Waterfalls?

The Dhoni waterfall is well-connected by roadways and airways. The nearest railway station to the tourist destination is the Palakkad railway station situated at a distance of 7.2 km. Coimbatore International Airport and Calicut International Airport are the neighbouring airports to the Dhoni Forest. You can reach your destination within a short span of time by travelling either through the KSRTC buses or private cabs via Olavakkode Dhoni road.

To learn more about the unseen tourist places in Palakkad district avail of tour packages from Gogeo Holidays at reasonable prices. They formulate exciting packages for families to prominent and also unexplored tourist destinations by inculcating adventure activities. They wholeheartedly accept the suggestions and feedback for the customers and make necessary changes in their packages. To know more about them you can talk with their office staff. Visit the place and enjoy your holidays with your dear friends and weave sweet memories to your life. Don’t be late to grab the package as soon as possible.

You recently saw a beautiful yard at the locality and now want the same for your home? Don’t worry.