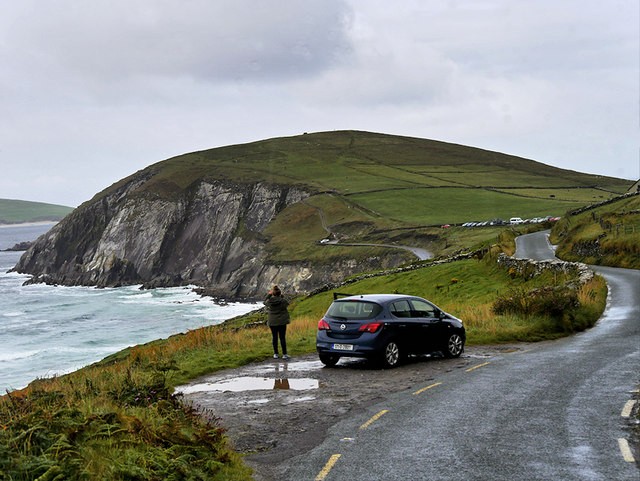 When talking about England, we usually mean London. Of course, this is the heart of the country with many attractions to explore. But what about picking up a 9 seater minibus hire and heading somewhere to the seaside? Such a large vehicle will allow you to take with you all your family and friends.

Wide beaches, cozy villages, and picturesque towns await you for an incredible adventure any time of the year. The wild nature and great distance to the major industrial centers of the country will allow you to take a break from the hustle and bustle, enjoying your vacation and the sea breeze. Well, check out 5 places that we think are definitely worth a visit to get a hire car and drive to them!


Mawgan Porth in the north of Cornwall is a small, picturesque village that has become famous for its deserted sandy beach, clear waters and stunning scenery. Although it’s located on a tranquil and secluded stretch of coastline, it offers easy access to a variety of tourist attractions.

Just 7 miles away is the Camel Creek Adventure Park, the Newquay Zoo with a large marine aquarium, the futuristic Eden Garden, and several on-site farms. In the village itself, you can visit a pretty Japanese garden or go to the popular surf school King Surf, where you will be taught how to catch the wave. Wetsuits, boards, and all necessary equipment can be rented at Betty's.

Hiking fans will also love the local landscape: while walking from the stylish Seavista Hotel to Bedruthan Steps Park, you’ll admire stunning views of the cliffs, bay, and nearby coves. Be sure to take a basket and a picnic blanket - you will definitely want to stay in such a place to enjoy the feeling of endless freedom.


The charming Overstrand is situated to the east of the popular Burnham Market and Brancaster villages in northern Norfolk. The British fell in love with the small fishing village so much that many of them began to build luxury cottages in the area. This choice is very easy to explain: Overstrand represents the best value for money on the coast. In addition, here you can still meet fishermen who go on their boats in the morning for a fresh catch.

The main decoration of the village is a beautiful sandy beach. If you feel like having a picnic there, you can bring your own food, buy snacks from a local store, or order them at the small cafe on the top of the cliff.

Overstrand is a great 1-day option for your car hire trip. Those who get bored of the measured pace should go to the nearby town of Cromer - there you can go shopping, look at the old marina and taste crabs.


Weymouth is a pleasant town on the banks of the English Channel in Dorset, nestled in a picturesque harbor. It’s the gateway to the famous Jurassic Coast, which is a UNESCO World Heritage Site. The unique 155-kilometers-long rocks were formed 185 million years ago. Their beauty was appreciated by the artist Constable, and the famous writer Thomas Hardy lived on the coast for several years, working on his books.

Weymouth's seaport began to develop in 1252, and in the 16th century, by order of King Henry VIII, two forts were built there to protect the land from external invasions. Gradually, the city turned into a popular resort, where many tourists began to come to sunbathe on local beaches, visit the cleanest lakes, go to museums or take part in the carnival, taking place annually in August.

For those who are interested in this destination, we recommend stopping by Abbotsbury, a small village, famous for its stunning subtropical garden.


Deal in Kent County is also a great destination to visit with your hire car. It’s known for its marinas, castles, a pebbly beach, and a promenade dotted with cafes and pubs. Historians believe that Julius Caesar's ship landed just outside the town, in nearby Walmer when it first arrived in Great Britain.

By the 13th century, Deal had become a major port. By the way, it was here that the explorer James Cook sailed, returning from his Australian trip in 1771.

Today, this city in Kent County is recognized as the best place in England to live by the sea. Its main street is full of small stalls and shops where you can find excellent wine, fresh fish, organic fruits, vegetables, and craft beers. Also, there are many boats on the shore: those who wish can rent their favorite boat to go fishing.

What’s more, this town has its own gastronomic attractions. The first of them is a small restaurant Victuals & Co, which received approval from the Michelin guide, and the second - the Frog and Scot bistro, where dishes are prepared only from local products.

This is the name of a small fishing village located between the high limestone cliffs in North Yorkshire. You need to come there to wander the maze of narrow streets strewn with old cottages with red-tiled roofs, stroll to the harbor, which in the 18th century was a haven of smugglers and crooks, and, finally, to see one of the most photographed places in the world with your own eyes.

If you can get to the sandy beach at low tide, be sure to walk along its rocky seabed with ancient fossils. In order to learn more about them and the harbor past, visit the Old Coastguard Station Visitor Center situated next to the harbor.

By the way, there’re still legends about the origin of the name of this place. According to one of them, the fairytale hero really often visited this place: he protected the boats of local fishermen and the entire northeast coast from the raids of French pirates. The pirates surrendered under the onslaught, and Robin Hood returned the loot to the people who named these lands after him.