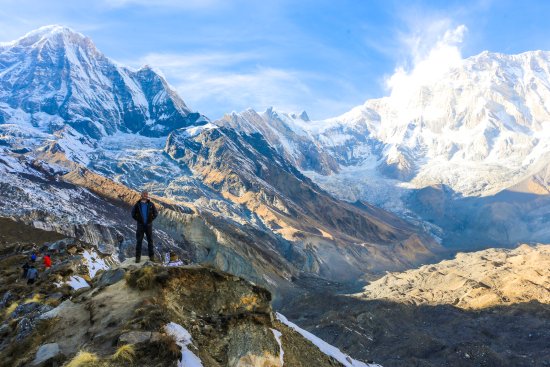 In many of the countries in South Asia, solo female travelers do not feel much comfortable. Among the South Asian countries, Nepal seems more liberal in the case of solo females visiting this wonderland or discovering the country on their own. In this article, we want to throw the light and want to discuss the possible problems, obstacles, and precautions and measures solo female travelers need to consider while visiting Nepal as a tourist. The article is beneficial for solo females who want to travel to Nepal on their own or travel alone. The article is based on the experience we have got operating the trips to solo females, their stories and problems they face during the trip and some of the trips we have just recommended to do on their own and the news that came about missing or dead travelers in the country.

Let us start with few important serious cases solo females encountered in Nepal. A Japanese young lady has gone trekking in the Langtang area who loves to take pictures. One day she came out from her lodge and gone to wander on her own and to take some pictures. She lost the way back to the hotel and in search of a hotel and way to the hotel she has gone deeper into the forest and get lost. With the initiation from the hotel owner, where she left her belongings they have found her after five days of her disappearance living in a small cave, eaten the shoots of Nigalo (a small bushy bamboo), bit by bugs, hungry and very scared and seems not slept at all.

A Russian lady who has gone trekking in the Ghandruk area alone tried to cross the local flooded stream of the area which does not seem that big. As the streams are flowing with a very high gradient, the power of the water takes everything on its way so the lady fell down, slipped away, and flowed down with the water. Later she was rescued and brought down but she died.

An Australian girl has seen a beautiful natural pool of water just above Birethanti on the trail to Ulleri. She got tempted and gone swimming there, drowned, and died.

These are representative examples that one needs to be cautious while traveling alone. It is always better safe than sorry. There is nothing wrong in being cautious.

The problem faced by solo female travelers in Nepal

When they see solo female travelers there are certain people who try to flirt and even minor sexual assault like they like to touch, kiss, or some unusual behavior. So most of the cases the girl factor plays a great role, people look the other way and they sneak for the special access. Groping on the buses and verbal abuse might happen while traveling. In every country and society, there are good peoples as well as bad peoples. There is no comparison of all the eggs by encountering one rotten egg. Some people see western females as more liberal regarding sexual matters than our orthodox patriarchal society. The perception is different with the society they have been grown up in and how and where they got educated.

When solo female travelers invite the man into their room or home, then click on the man’s mind is she might have invited him to have intimate relationships. If you do not want romantic involvement with someone make sure you don’t meet someone in private. Meet them in a public area, which is comfortable for everybody involved.

The curiosity in the village

Most of the village people in Nepal are thin when they see westerners; they think they came from other planets. These village people like to touch the skins, like to ask what they eat, how old are they, what type of job they do, how much does their watch cost, etc. As western girls are not exposed to these types of scenarios they feel uncomfortable. The situation is worse when you go to a non-frequent destination.

Not only locals create you the troubles but other fellow travelers of opposite sex seem to be friendly at the beginning to solo female travelers and want to end up with some intimate relationships. We have encountered some people who book our group joining trips just to search for a partner during the trek. Take great care while choosing your companion.

Hard to get pictured

It is not a long time since a selfy stick appeared. When solo travelers like to take pictures at their desired location especially during the trek, there might be nobody so one has to sacrifice to be photographed in the desired place many times.

The end of winter and the beginning of spring is celebrated by throwing different colors among each other. During these “holi” festivals, a group of youths seems everywhere putting colors on everyone including foreigners they meet on the way. The colors supposed to be thrown more to the opposite sex. They have to put color on your face but they even try to touch the private parts.

Hard to get rooms in higher elevation

There are limited rooms in the higher elevation trek like Annapurna Base camp, Everest Base camp, Everest three passes and for solo travelers, it is hard to get single rooms. This will not create much trouble for males but is different for solo females.

Although robbery and pickpocketing are not that common in Nepal solo travelers are often victimized and robbed especially females. Solo females are the targets for the pickpocketers as they believe they will easily escape.

To overcome all the major issues solo female travelers need to consider the following measures while traveling in Nepal.

Be cautious.
Hire a guide.
Dress appropriately.
Like every country, the dress code is different, while traveling in Nepal use dresses that cover your knees and shoulders.
Do not go out during the nighttime.
Travel with a reliable company.
Leave your tentative itinerary to your nearest relative back home and talk to them frequently about what you are going to do.
Do not drink beer, smoke, and do barhop with suspicious people.
Make friends with to hotel staff.
Show confidence in hard times.
Even there are problems to solo female travelers but in Nepalese society we honor females and solo female travelers are often get more attention, sympathy, and special treatment. Things are beneficial and detrimental. We promise 100% safety to solo female travelers and encourage asking us for any itineraries good for you even if you are traveling alone. In general Nepalese society consider the guest as God and our guides are trained with that philosophy and they treat solo females in the most decent way as they treat every other individual. Accessible Adveture team is privileged to announce that we can provide female guides to solo female travelers if you wish to travel only with female guides. Our female guides assure our solo female client's happiness and safety. Keep reading our other blogs for the latest updates and help other solo travelers by sharing the information. The share buttons are located in the top right corner.

Add accessible_adventure to your subscriptions feed