What I remember most about Auckland in New Zealand

What I remember most about Auckland in New Zealand 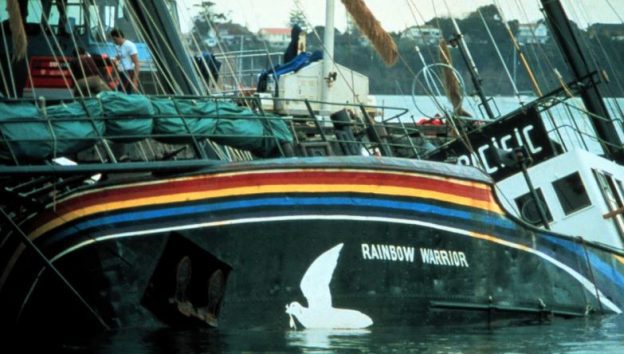 The attack on and sinking of the boat, Rainbow Warrior was a shame for the French Government as well as a curse to the history of good connections between the nations of New Zealand (NZ) and France. In 1985 NZ then was one of the international leaders of the anti-nuclear movement at the same time when France had been evaluating nuclear weaponry in the pacific, New Zealand’s region. This has been considered back then as a cause of humiliation for the French . Right before midnight on the night of 10 July 1985, two blasts blew holes through the hull of Greenpeace’s flagship Rainbow Warrior, which was moored at Marsden Wharf in Auckland in NZ. This was right before the Rainbow Warrior was initially on her way to a demonstration against a planned French nuclear test at Moruroa in the Pacific. A Portugal national and team member, Fernando Pereira, was killed by the bombs and the Rainbow Warrior sunk in the harbour. All other crew members ended up safely rescued. The ship was included in many protest measures about French nuclear tests in the Pacific from its base in Auckland.

On 24th July a pair of French secret service agents, Alain Mafart and Dominique Prieur, were caught in New Zealand and were charged with homicide. They subsequently pleaded guilty to manslaughter and were sentenced to ten yrs prison time, significantly to the huge shame of the France government. There was an unidentified number of additional French agents pretending to be travelers involved who were capable of leave the country before being captured. That the bombing was committed on New Zealand land by a nation which was meant to be a friend led to a sense of appreciable repugnance and also a critical deterioration in relations involving New Zealand and the French. France originally rejected having any participation with the attack, however the reality was later presented by the Le Monde newspapers, saying that this bombing ended up being approved by the French President. France's Prime Minister eventually confessed France’s involvement. Several political leaders, such as then NZ Prime Minister David Lange, called the attack as an action of terrorism or even government sanctioned terrorism. This brought about trade difficulties for NZ goods being exported to the EU with interference in this from France officials. A year after the bombing the United Nations Secretary Javier Perez de Cuellar announced a binding judgement by which that NZ will receive an apology as well as payment of $13 million out of France. The French government had also been required not to obstruct New Zealand’s commercial negotiations. The French agents Dominique Prieur and Alain Mafart were to serve their manslaughter sentences entirely on Hao Atoll in the French Polynesia. Nevertheless, each prisoners were discharged early with Marfart being returned to France on account of an alleged sickness in 1987 and Prieur was repatriated in May 1988 because she ended up being pregnant. Both of them were respected as well as promoted after their return back to France. This brought on outrage in New Zealand. The French govt additionally paid out $8 million to Greenpeace in damages that they then used to finance an additional boat. France also paid for compensation for the Pereira family members.