Christmas in Rome, the best place to be!

Christmas in Rome, the best place to be! 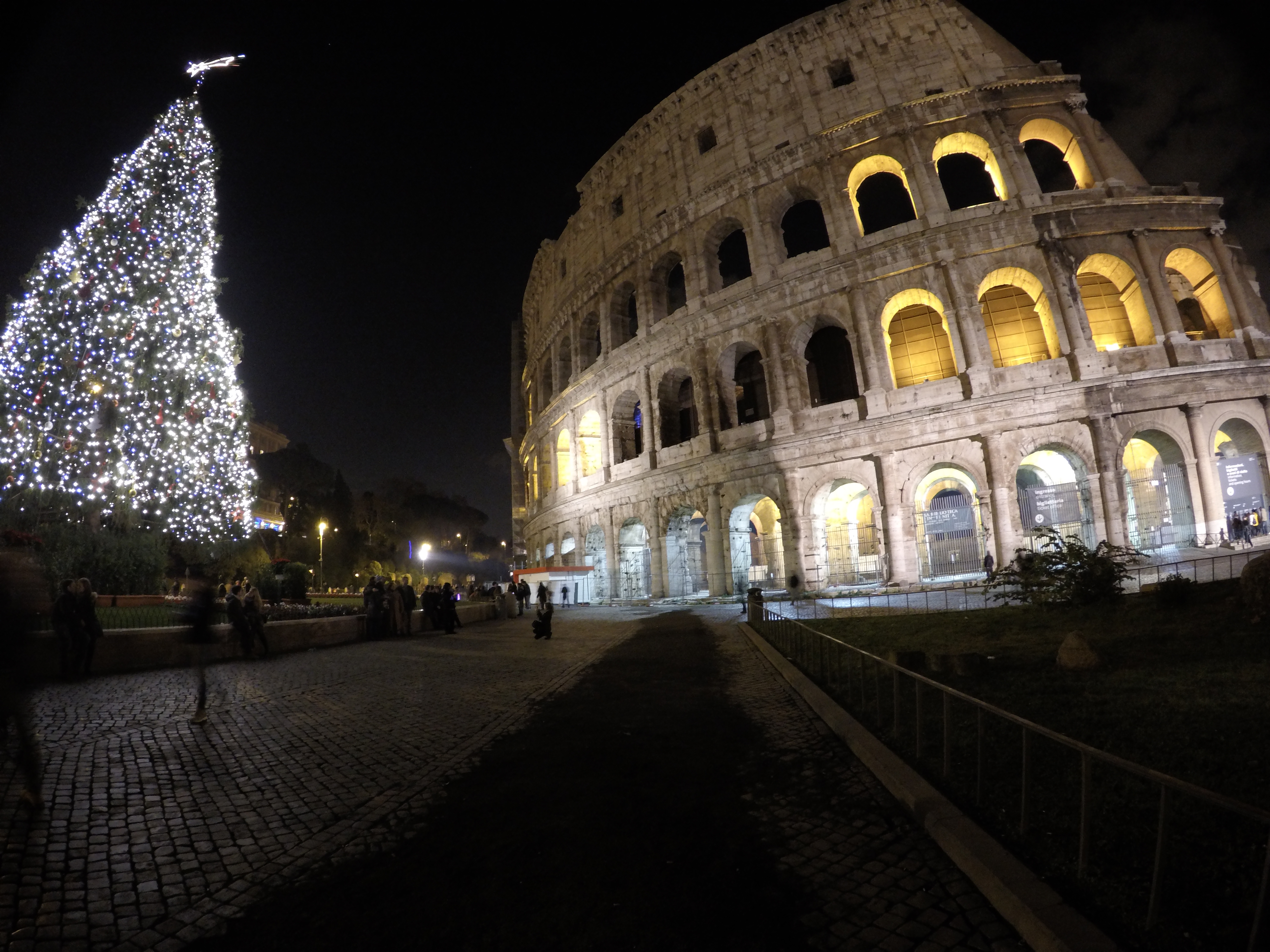 There is no better place in Europe.. no scratch that, the world to spend Christmas than Rome!

I was staying in Venice the days before so it was a pleasant 5 hour train ride down to the Popes city. Arriving in Rome is almost always busy, but arriving in the Christmas chaos was something to rival Shanghai, it was packed! I was staying at the best hostel in Rome, its a hostel for younger adults who like to get down with the get down so if thats not your forte I'd recommend finding somewhere else to stay.

After checking in I was brought to my four person room, it was small but exactly what I needed for a weekend in Rome, a bed. Dropped off my bags and headed down stairs for some food. The Yellow has absolutely amazing Burgers, good priced drinks and travelers lingering around almost all day, so theres always someone to chat up!

Fueled up, it was time to explore the city of the Seven Hills! Walking to one of the main squares where the Colosseum lives along with the Roman Forum was about a 20 minute walk from the hostel. Passing by buildings, shops, statues everything has the most beautiful architecture, even the most random of buildings has some type of charm to it!

Walking around that area, its a little hard to imagine what it was like during the Roman Empire. The hustle and bustle of the city is in full effect, street artist's performing their crafts and tourist zip past you in every direction. Although the city is now blooming in its modern state you can still reflect on how incredible it is experiencing such a historically rich area!

Grabbing some gelato from a nearby shop it was time to wait in line to tour the Colosseum! Man what a disappointment, or maybe I was expecting to much. Either way, once inside you view whats left of the Colosseum. It did however showcase one of the biggest Christmas trees in the city! It was still awesome to experience the arena but Ill let you see the pictures below and make your own decision.

Walking out from the Colosseum I headed back to the hostel for a beer and sleep because tomorrow was the Pope!

Wake up early, grab a taxi or more preferably take the metro to the most beautiful place in Rome, Vatican City! With 109 acres within its walls, the Vatican is an easy walk, however, most of this area is inaccessible to people like you and I. The most recommended area is St. Peters's basilica and the Vatican Museums. If you are down for a big climb, you can head up to Monte Mario! On Christmas I spent most of my time in the middle of the square, with hundreds of other people!

The highly anticipated Pope's Christmas address has started at 12pm and everyone who was waiting since early morning is patting themselves on the back because it is packed!

Almost all of the museums are closed during the holidays but you have something even better, the streets of Rome! One of the highlights of any Christmas trip to Rome has to be the city’s Christmas markets, especially the one in Piazza Navona. In the weeks coming up to Christmas, stallholders brave the moderate Rome winter to bring you bountiful displays of Christmas food, crafts, tree decorations, gifts and all manner of pretty trinkets. Street performers play carols and the whole square is lit up like, well like a Christmas tree.

There is no lacking of tours, so if thats something that interests you they are moderately priced. Watch out for closing attractions because of the holiday season and keep your eyes peeled for pickpocketers.. They are sneaky!

Overall Rome is one of a kind and personally one of my favorite city's, seeing as I've been three times now.

Add BSmyth to your subscriptions feed

Watching people and everything that is happening on the streets are the best activities while travelling especially during holidays. I am sure you had a lot of fun. Thanks for sharing!