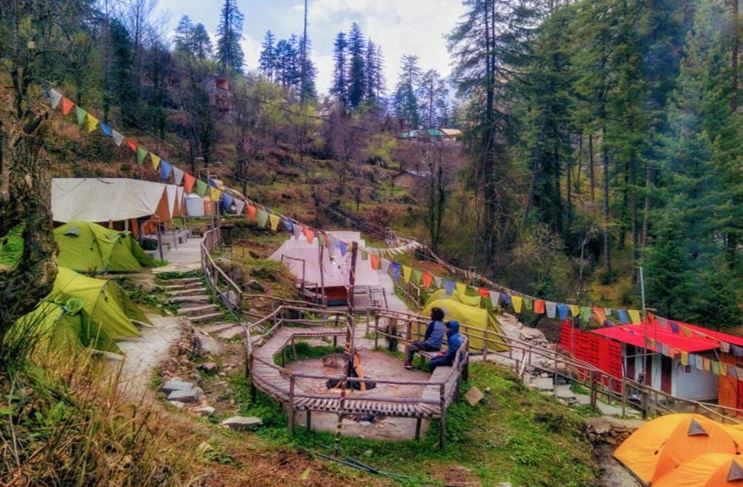 Kheerganga is a trekker's paradise located in Himachal Pradesh's Kullu district, amongst the breathtaking Parvati Valley. Your trek starts in Kasol, a charming Himalayan village situated at a height of around 5000 feet. Kheerganga, deep in the Parvati Valley, is known as the 'abode of Lord Shiva.' The Kheerganga Trek, situated at a height of about 9600 feet and renowned for its mesmerising hot water springs and scenic valley views, is one of the most well-known Himalayan treks. The peace and beauty will make you forget about the hustle and bustle of city life in a matter of seconds. The hippies consider Kasol, the trek's second destination, to be a favourite. Starting from Kasol, Kheerganga is considered the most famous trek. It is situated at a height of 2960 metres above sea level. Kheerganga is a small charming village surrounded by several mountain ranges. Kheerganga refers to the religious Ganga river, which has a colour similar to Kheer (a popular Indian dessert made from milk). Kheerganga has a long and illustrious history, as well as religious significance. Lord Shiva was said to have meditated in this village for a long time. The jungle, lush green and thick trees, quaint valleys, and a natural hot water spring are all part of Kasol Kheerganga. Kasol Kheerganga is a wonderful treat for avid hikers and nature lovers who are always looking for new adventures. There are numerous trekking options available, but the Kheerganga trek stands out for its uniqueness. Kasol serves as a gateway for a variety of treks to Tosh, Chalal, and Kheerganga. The journey to Kheerganga begins in Kasol. The gap between Kasol and Kheerganga is about 22 kilometres, and the journey takes about an hour. Its scenic view includes a wide range of magical paths, breathtaking terrains, snow-capped peaks, lush green landscapes, and much more. The Kheerganga trek has enough to make it worthwhile: enchanting rivers, magnificent mountain peaks, breathtaking valleys, and elegant hot springs.