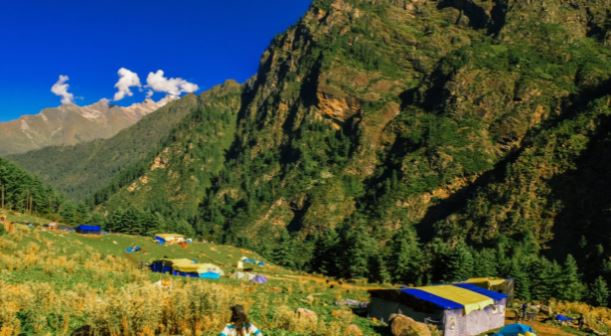 Kasol to Tosh and Kheerganga, which are some of the most rejuvenating tourist destinations in Himachal Pradesh. The Kasol trip with a trek to Kheerganga and Tosh valley takes you through Bhuntar, Rudra Nag, and Barshini. The months of October to June are the best for visiting this scenic paradise. The weather in Kasol is mild and friendly throughout the year. However, from March to May, you can enjoy the magical landscape of this place. The temperature ranges between 15 and 22 degrees. However, if you enjoy the cool breeze on your cheeks and strolling at night, October to February is the best time to visit. The temperature fluctuates between 3 and 10 degrees.
In the winter, though, you won't be able to see much of Kasol. The highways are normally covered by snow, and you must spend your time in hotels bundled in coats. During the winter, you can trek to Kheerdanga, Pin Paarvati Pass, and Sar Pass. However, Kasol should be avoided at all costs.
However, if you want to appreciate the beauty of nature, you should avoid Kasol during these months. Stop driving during the monsoon season, which runs from July to September, because the roads are slick and risky. It would be foolish to take a chance.
Summer is the perfect time to visit Kasol, which falls between the months of March and June. This is when nature is at its most beautiful. You can also pitch a tent outside and look up at the bright night sky filled with twinkling stars. During this season, you can see a wide variety of flora and fauna. The most involved is nature. It's the best time to go trekking in Kasol because of the good weather. During this season, you can also visit several interesting places such as the Parvathi Lake, Tosh, and Mal.