My Europe trip: A journey into myself - Part 1

My Europe trip: A journey into myself - Part 1 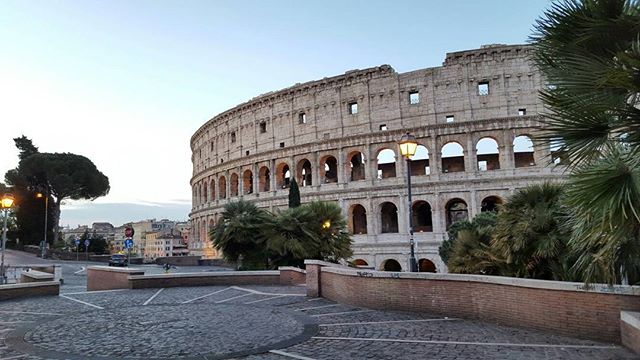 This is probably one of the most memorable trips I've ever done in my life. At age 27, this was my first time getting out of the continent of America.

Before this trip, I traveled a few places in Mexico (which I will post pictures later and talk about this too) and had a great time learning about my culture, my people and traditions. I had told myself I would visit every single place in Mexico before getting out there, but things changed a bit and it seemed just about the right time to do an "Eurotrip" before accomplishing my first goal.

Either way, traveling is awesome anywhere you go, whether some countries before than the others. This was not just my first time getting out of the continent but also traveling alone. A lot of people ask me if I was ever scared about making that decision, and I say its probably one of the best things I've done.

Even some officer at the NY airport asked me "did it not bother you to travel alone?" , I still dont get the whole concept of his question, probably because the usual thing is to see a bunch of people traveling together.

I've done that before and I enjoyed it a whole lot more traveling alone.

I enjoyed every place, every meal to the max and I will definitely do it again. Also, I met really amazing people and I'm sure if I had been around friends, I wouldn't have had the opportunity to socialize as much. I met people from all around the world and I even spent some time chatting with locals.

In this trip, I visited Stockholm (Sweden), Rome, Florence, Bologna, Venice (Italy), London (UK), Madrid (Spain), Paris (France) all in that order. The sequence of the travel was done pretty much randomly except for visiting Italy first.

I had the opportunity to meet a few Italians in San Diego and after a few conversations it just seemed to be a good idea to explore this country first, other than that, I have no preference over any of these, all of them are such beautiful places in their own way.

I was pretty much open to anything, from going out late at night, to eating the most random food, which in my own personal opinion, it helps to be somewhat flexible when it comes to traveling. Not only you will meet people with opposite personalities, but things will be different from the way they are at home (Duh!) but seriously, they will. This is the magic of traveling!!

Anyway, after booking my flight, I did not have anything planned. I didn't even know what cities I would visit. I just knew I had booked a flight to Stockholm (because it was cheap) from May 1 to May 19. So, I had 18 days in Europe and yeah, no plan whatsoever.

I did spend at least a week researching about some places in Italy, such as Florence. I watched a documentary about the dome and what it took to build it (pretty amazing btw). I did all this because I wanted to have an idea of what type of stuff I would be exposed to. However, I only had a few days before my flight so I stopped the research and one night, I went to one of my favorite coffee shops in San Diego (Lestats) which is 24/7, and ordered my favorite drink, a dirty chai.

It took about 10mins to find a table and I finally took out my laptop and after an hour or so, It all started to come to my head. Flights, hostels, cities, places, everything. I ended up booking every single hostel from each city I would visit. I read the reviews of each place and right now I can definitely say I picked really nice spots.

In Stockholm, I stayed at Skanstull hostel, in Rome at the Yellow, in Florence at Santi7, Venice at the Generator, London at YHA central, Madrid  at the meeting spot, Paris at the Arty and budget hostel. I figured it was the smartest thing to do since the rates were going up by the minute.

I tried to keep it simple, so I only packed the necessary, which consisted of 4 shirts, 3 pants, one pair of shoes, underwear and some other personal items. I even took my journal that my sister gave me before taking off, but I only wrote 3 times on it.

Im not used to having a journal or diary, however, for traveling experiences it will be an exception. Im sure this blog will not only help me track my travels but to learn and get inspired from others,. Its getting late over here in San Diego, so I will continue with more soon!

You're trip sounds awesome! I can't believe that you've never left America before, that's crazy! Europe is pretty darn awsome and has a lot to offer. You're trip sounds fab! I'd love
To go to Rome it sounds incrediable. I've done Asia and Australia. Check out my blog if you've got a minuet spare and see if it gives you any ideas! I'm new on here and would love to see you subscribe if you like my stuff :) happy travelling x