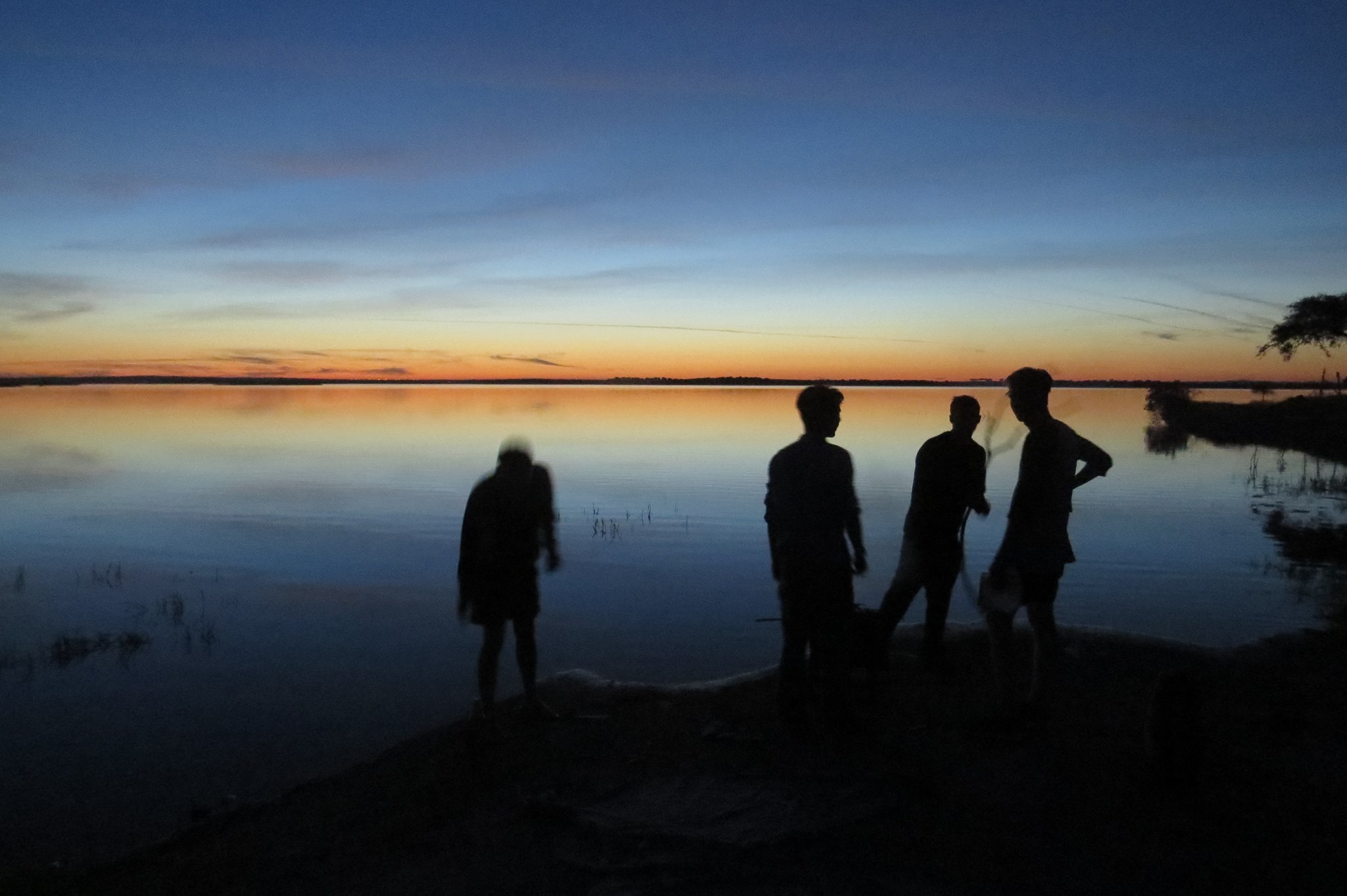 A day off in Serpa was exactly what we needed. We ate, drank and wandered aimlessly around the beautiful old roman city.

There was no denying the toughness of the first few days, and as we sipped red wine hiding from the sweltering sun, we laughed at the stupid brilliance of our idea. Two months cycling and camping through three of the most beautiful countries in Europe.

We probably didn't have the money for such an adventure, but who really does? Tweet That!

We couldn’t help but gaze at our maps and look at our future destinations. The snowy tops of the ‘Serira Nevada’, the harsh beauty of the Pyrenees, and the pure romance of The French Alps.

Yes it was nice staying in a campsite for the first time but the idealism and spontaneous thrill of wild camping had already won us over. We imagined anchoring down on the edge of mountains or burying ourselves deep within the rolling fields of southern France. I had travelled before but never by bike. You see the country in a different and more personnel way.

Instead of speeding past on a lightening train you crawl and creep through the veins of the country. You feel the lands different personalities, it’s stormy mountain sides and it’s sun roasted plains. Your life and well being becomes tightly intertwined with the weather and soil that surrounds you. We had already battled against the skin scorching heat of the southern Portugal yet that was merely a testing ground for what was to come.

After our day off, and a cautious word of warning by an overly helpful middle aged Welsh man, we headed off to meet a few friends in Mourão. With almost 70km to ride it was to be our biggest and hardest day so far and as the sun rose into the tranquil blue sky the heat, yet again, became unbearable. The more we drank the more we sweated. We applied layer after layer of suncream but kept burning. It was impossible to continue. We pulled into a town called Brinches, with still 50km to go, and hid underneath the umbrellas of a small cafe. We both felt stoned by the sun and struggled to make conversation.

If we could’ve spoken Portuguese we would've found out that we were riding through one of the deadliest heatwaves of the 21st Century.

The temperature was soaring and there was nothing we could do. We sat and waited for the sun to drop. 1pm, 2pm, 3pm, 4pm, yet nothing happened. I got a phone call from Phil. They had arrived at our pre-arranged meeting spot. I told him we were 50km away. It was unlikely we would make it that night.

At about 5pm we forced ourselves back on the bikes and headed out of the town. The temperature felt no different but we headed on crawling up the continuous steep hills. We cycled for over an hour and watched the kilometres slowly trickle by. It became obvious that we weren’t going to make it before dark. Yet just as we were going to give up and set up camp for the night, we heard the blaring of American hip hop and the screeching of brakes. I hadn’t even noticed the white Volkswagen van coming down the road.

Soon Phil’s face appeared out of sliding door. Luke jumped out and lifted my bike into the van. A beer was passed into my hand. I couldn’t quite comprehend what happened.

Mourão holds one of the biggest man-made lakes in Europe and the boys had found a perfect spot for camping. We settled down just as the sun was setting, lit a bbq and drank more cold beers.

They excitedly re-lived their stories of the past six weeks. From one night stands in Paris to staggering half-cut through the streets of Porto, they described a world that even Cassidy and Kerouac would have been jealous of.

I scratched my sunburnt shoulders as Chaz and James told a story about something or other. I looked at Josh who was sitting back in the camping chair admiring the sun dripping into water. His eyes were glazed from a mixture of too much beer and too much exercise. We certainly hadn’t picked the easiest way to travel. In fact, we had probably chosen the most difficult. I stretched my legs and placed my hands back behind my head.

The final embers flicked from the bbq and the sun finally sunk out of view. It would have been easy to throw the bikes away and just hitchhike the rest of the trip. We could have bounced from city to city sharing rooms with strangers and dancing until the sun replaced the moon. Yet, I thought glancing to the wheels of my bike, that wasn’t quite what we were searching for.

Every journey is different and takes a life of its own. It cannot be controlled or contained. You will never be able to plan out every moment, or even explain the true effect it has had on you.

Mine and Josh’s certainly wasn’t a simple one. I’m not totally sure either of us understood why we were doing it, or even, why we wanted to. All I know, and I am borrowing these words from John Muir, is that ‘The Mountains (were) calling’ and I was fairly intrigued to know what they were saying.