Fly For The Cost Of Dinner

Fly For The Cost Of Dinner 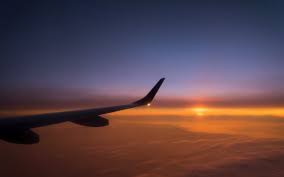 "You are always traveling! How Do you afford it?" A friend of mine recently asked.
My first thought was, 'I don't travel nearly enough!' My second thought had something to do with the big house they were trying to buy and all of the "toys" they owned.
I guess priorities have a lot to do with it. That being said, it is very possible to get away for the cost of a night out. Or less!
One of my greatest discoveries has been, hands down, Spirit Airlines. I'll come back to that later.

You can save big on airfare if you:

1) Book flights as far in advance as possible. Prices tend to go up as the flight fills.
2) Use third party sites such as Travelocity, Expedia, or Cheapoair.
3) Play around with travel dates and times. Flying on certain days of the week or at odd times can save you big money if you are flexible.
4) USE POINTS!!! Credit cards aren't always bad. If you can responsibly manage a credit card that racks up rewards points for travel- do it! These can also be used for booking hotels, car rentals, etc.

A couple of years back, for $59.95, I joined Spirit's "9 Dollar Fair Club" - and I haven't spent more than $100 ROUND TRIP on a flight since.
You don't even have to be a Fair Club member to get good deals. Regular priced tickets are still about $200-$300 less than other airlines.
Sign up for email updates and you will be notified about all the best deals- sometimes up to 75% off of flights!!!
More than once, I have flown from Minneapolis to Florida for $24 ($50 Round Trip!)
Even if you cannot travel on the dates/to the cities included in these super deals, it's not unusual to find deals averaging $50-$80 each way.
So how is this possible?
Spirit's air crafts are all about optimized efficiency- with new technology that burns less fuel and lowers operational costs.
Oh, and you don't get free pretzels.  Also the trays are kind of small. Two points that were brought to my attention by some money burning acquaintances of mine - who would rather spend an extra $300 on airfare than $3 on a bag of pretzels. Some people are always half glass empty, I guess.
Spirit flies to most major cities in the US, as well as Mexico, and South America. (Those tickets tend to be a bit higher, but still relatively cheaper than any other airline).

So next time you drop money on a night out, or a shopping spree, or at the grocery store... remember that could also get you to the mountains, the dessert, or the beach!

Add Wandress21 to your subscriptions feed