Bhimbetka: Bike ride to the earliest form of life

Bhimbetka: Bike ride to the earliest form of life 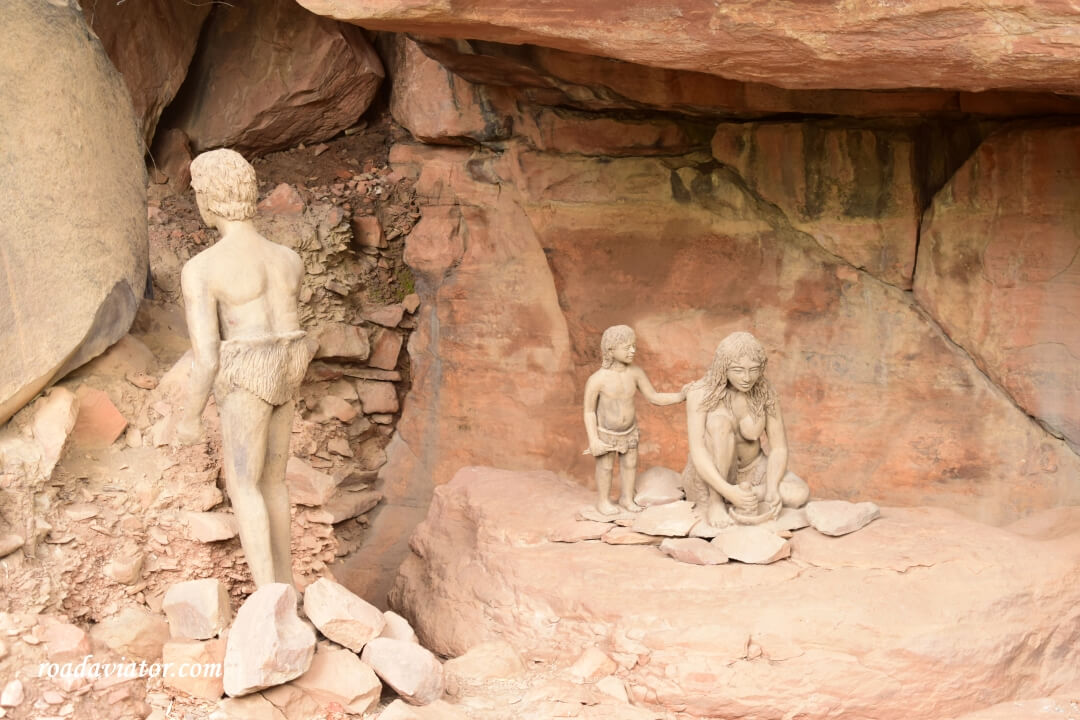 I don't know whether it is right to start with asking questions, but the title is so appealing that it appeals me to ask.

Have you ever heard of the term Paleolithic age or Homo erectus? How Bhimbetka (place in India) and Paleolithic age are related? Have you ever thought of actually seeing something lakhs of years old? If you are born lakh of years back what you would have done? Fascinating questions naa… Definitely, these are fascinating!! The answer to the question will not only leaves you spell-bounded but also make you trip Bhimbetka.

Earlier, I had a little knowledge about the Paleolithic age that it is something regarding Stone Age and is 1000s of year old. But when I made a search on the internet, the facts, the facts I got on Wikipedia startled me!! Paleolithic age is the primal or the earliest form of mankind (known as Homo erectus). Also, it is not 1000-year-old period but it is lakhs of years old. Can you imagine that…! Furthermore, all the world’s greatest inventions which not only changed the world but also changed us had started from this age. Yes, from inventing fire to producing important stone tools like arrows etc. came from this Paleolithic age.

Going further in depth of Paleolithic age, I got to know that anthropologists and archaeologists travelled to destinations across the globe, in search of the traces of the earliest form of mankind. They came up with the list of such sites where they got the fossils of humans of Paleolithic age. That list also includes Bhimbetka. Thus, it becomes more enthralling for me to explore Bhimbetka. So, without a doubt, this road-aviator (me) took the bike and went straight to Bhimbetka.

Deep inside the central India, and 45 km away from Bhopal, my hometown and also the capital of Madhya Pradesh, India, there lies a destination Bhimbetka. Bhimbetka basically, shelters more than 700 caves which are scattered over the area of 10 square km and in the midst of Ratapani wildlife sanctuary. The caves present here are not only 5 lakh year old but also endow one of the largest repositories of historic art and lifestyle of earliest mankind in India. These arts are represented in the form of paintings and there are more than 500 paintings engraved on the cave’s rocks.

All of the above, in 2003, by seeing the value of these caves, Bhimbetka has been landmarked as one of the UNESCO's world heritage sites. However, today only a few caves are open for tourists but these caves happened to have earliest paintings and fossils of Homo erectus. Can you imagine how important these caves would have been for us at that time!! Moreover, the thing that allured me is that these caves are paradise for anthropologists and archaeologists too. Haha…!!

Although the caves are of Paleolithic age, the story about its discovery is more dramatic. It was not discovered by any anthropologist but its discovery was one of the greatest accidents in the history. Actually, in 1957, a professor from Ujjain, MP had searched it by mistake while he was going through this off-beaten path. He first saw these caves and noticed that these caves resemble similar to what archaeologists show on TV channels. He thereby clicked the photographs and sketches those arts with help of his students and presented in front of the archaeological department and in international conferences. Therefore, over the decades, excavations were carried out and the fossils collected revealed that these are of Homo erectus which is lakh of years old.

If you were there in 5 million B.C:

If we were there 5 million years ago, then we would also be doing the same thing; hunting, eating, grouping, dancing and painting. But the pick point is that what we see today: dance, music and artwork; all came from Paleolithic age only. This can easily and very well be seen at Bhimbetka, where around 500 paintings were found. These paintings are either carved on rocks or made by some red coloured stone of the cave’s wall. Among those paintings, some are 30,000-year-old paintings, while some are even more than lakh year old.

Important paintings are: Paintings of rhinoceroses, elephants, tigers and crocodiles; these are dated as 500,000 to 100,000 year old. Other paintings include band Marches, war paintings, riding on different animals, hunting scenes, dancing and drinking, stone tools and even child birth scenes. This part is the most wonderful for me. However, we are not allowed to touch those paintings.

That’s why, while travelling through the rock way between the caves, you will feel like you have been transported to Paleolithic age. Therefore, due to this reason, over the last few years, Bhimbetka is gaining importance among tourists both Indian and international. Finally, my journey to the Bhimbetka had shown me the best of it and so this road-aviator takes a bye bye from Bhimbetka. Hope my post is engaging.

Why not settling on games that is fun and at the same time your earning. Well it'll make suspense because of the game as well but dude just try it and it gave me hope while pandemic is real rn. The Baccarat Legend: Akio Kashiwagi

Thank You. Your article is very interesting. I think this article has a lot of information needed, looking forward to your new posts. 토토사이트

Wow PG!!!!! Your pictures are really nice! How I wish I could also have that kind of experience. For sure, it's a totally different feeling being able to see first hand how life started in that place.