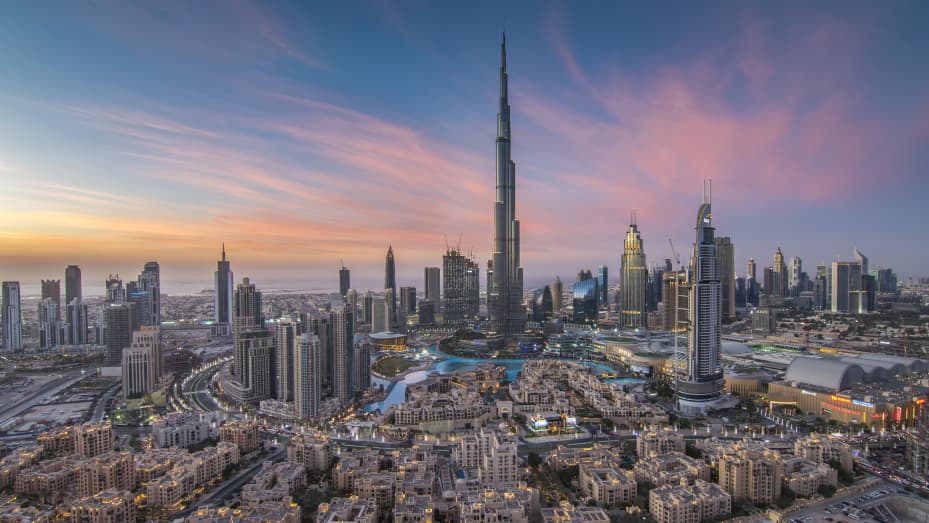 The question comes "how" the UAE government managed to establish a strong and pioneer economy? The answer is by planning to retrieve long-term goals. The plan is not just a four-letter word but it is the base of any activity to be executed in terms of gaining a fruitful outcome out of it. Whenever we talk about a "plan of action" at the national level, it is subjected to the futuristic strategies to be adapted to gain worthy outputs in the long run.

Historic National Agenda of the UAE

These futuristic aspects are planned by the Government in the form of a "National Agenda". This agenda is having a purpose for any cause, and the National Agenda for the economic stability of UAE was prepared and well-organized by the Federal Government of the UAE 44 years ago and the present generation of the nation is consuming the benefits of that Agenda. From sands to the skyscrapers, from desert to the network of the roads, from camels and horses to the four-wheelers and racing cars, all of these facts indicate the historic development of the UAE in terms of physical and economic infrastructure. Essay Writing Service UAE has prepared many Essays and articles on this and the relevant subjects.

National Agenda of UAE focusing on the futuristic aspects

The Government of UAE has prepared a national agenda for economic stability in the next 50 years as well. In an ecclesiastic retreat, called on the 24th of February 2021, the national agenda of UAE for the next 50 years was revealed. The retreat for two days time span was headed by HH Sheikh Mohammed bin Rashid Al Maktoum, Vice President and Prime Minister of UAE and Ruler of Dubai, and HH Sheikh Mohamed bin Zayed Al Nahyan, Crown Prince of Abu Dhabi and Deputy Supreme Commander of the UAE Armed Forces. Including the politicians, Governments' bureaucrats, and high-ranked officers the Prime minister of UAE and the Crown prince of Abu Dhabi outlined the crucial structure to portray the visionary advancement for the nation’s upcoming time.

It is a societal plan blissful for the residents of the country. It is related to the establishment of a Green economy. To spread harmony and unity is associated with the UAE government’s vision and agenda by implementing such concepts in the form of social progression and structural advancement.

This plan targets to fascinate 10 million tourists by the end of 2021 at the celebration of the 50th ceremony for the foundation of the UAE. The tourism industry will be experiencing rapid growth in the upcoming era and the revenue generation will be doubled in the tourism sector.

The strategy contains a lot of features that are mainly aimed to increase awareness about how to maintain an individual's health by routinely diagnostics to prevent chronic diseases to spread over.

It is a plan to sustain and enhance the urban architectural heritage of Dubai on top of the preservation of its natural environment. This aspect will enhance the tourism venture as well which could become one of the sectors on which the economy of Dubai can rely. Apart from the fact that Dubai is already one of the most prominent tourists destinations in the world.

This is a target towards digitalizing the whole of Dubai by utilizing Information Communication Technology (ICT) as a tool to make it happen shortly. The final paper transaction will be in 2021 and after that Dubai Government has planned to regulate digital transactions. This is a step to provide ease of access and facilitate the people for their comfort.

Sheikh Muhammad Bin Zayed Al Nahyan deployed a National Innovation Strategy that targets to take the UAE to the next level of innovative technologies, to enable it to stand among the best innovative countries globally during the next 7 years. This strategy will be applied to seven sections where innovative functionality can bring the pioneer to the transport, health, water, education, technology, renewable energy, and space.

It is associated with the concept to decrease relying on the oil-based economy but to build up knowledge-based economic and industrial infrastructure that is having more endurance than that of the natural resources.

This article cannot cover all of the strategic plans but one thing is assured here that this country is planning to get to the moon in 2024! So any innovative and technological revolution is expected by next 50 years.

Add abduljabbar1 to your subscriptions feed