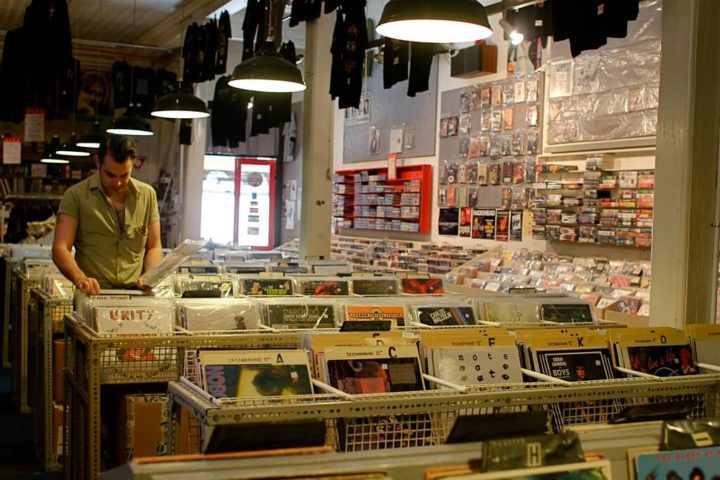 One of Perth’s – if not Australia’s – longest running independent record stores, entering Dada’s is like walking into a slice of history. Operating since 1971, and in its current CBD location since the 80’s, Dada’s has remained unchanged for decades – including Rob sitting behind the counter. Except, of course, for the constant influx of new stock. Boasting one of the southern hemisphere’s largest record collections, with both new releases and second hand vinyl, you’ll leave with your arms full of old favourites as well as new discoveries.

Speaking of crate digging… the crate digger’s mecca might just be The Record Finder. Another long-established vinyl dealer that’s been operating since 1966, this is where to get that hard- to-find vintage title or browse their collection of second hand cassettes. You might pay a premium, but for a one-of-a-kind find, it’ll be worth it.

In what turns out to be a theme for this list – Mills has been around for yonks. Like, truly yonks: since 1945 to be precise. Staffed by an impressive roster of Perth music personalities, you need to make sure to have a chat to whoever’s behind the counter. No matter your taste, they’ll find you a hidden gem.

Helmed by local muso Maurice Flavel, Noise Pollution is a pocket rocket of a store. Packing in thousands of records – mainly second hand, but some local and new releases, too – into their William Street store, it’s impressive how orderly it is. If you’re looking for a retro bargain, their $5 bins are always being replenished with obscure and fun titles.

On the hustling and bustling William Street, and sharing a shop space with florist Beans and Bunches, Safari’s is a real delight with a funky flavour.