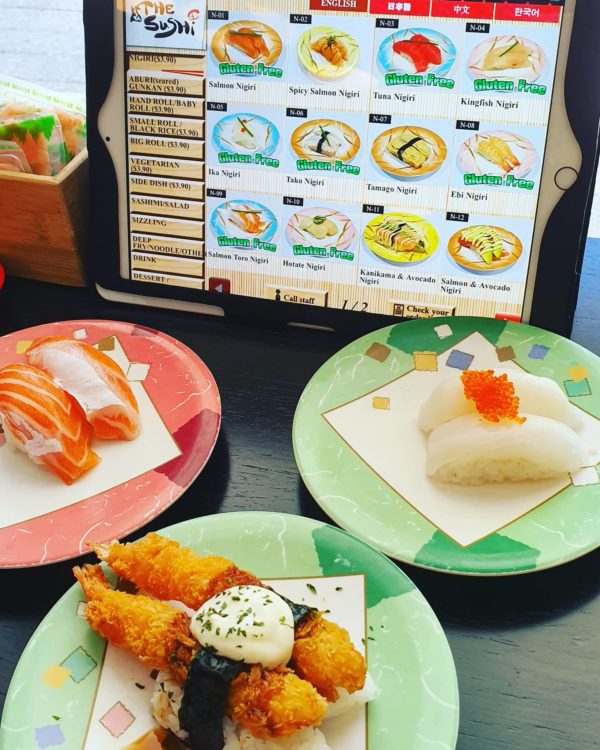 Sure, we can get into a high-brow omakase or some comforting ramen, but sometimes you just need the fun factor of a sushi train. Here are just a few of our favourites around Perth.

With plates a mere $3.50 each, you’ll be able to try a bit of everything at Yuzu Kaiten – and with over 100 dishes available, there’s a lot to try! Grab one of their generously portioned, fresh sushi rolls as it whizzes around the restaurant, or order dishes from the tablets (which is well worth doing for their beef tataki, by the way).

The bustling lines attest to The Sushi 2016‘s popularity – and with tasty, fresh, fast sushi like this, it’s no wonder. Don’t let the crowds scare you off: whether you’re at Floreat or Rivervale, they’re super quick, and will have you chowing down on a delicious nigiri or two in no time. The best bit? Plates are all only $3.90.

Round out your day’s shopping with a feast at Joondalup’s sushi train, Ryu. They have a huge selection of fresh and varied sushi zooming around, but their friendly service is almost as much of a selling point.

The southern hemisphere’s longest sushi train, Sushi Wawa has more types of sushi than you can shake a chopstick at. 62 metres long, the train is practically heaving with favourites like chicken katsu and spicy tuna, as well as less often seen options like spinach ohitashi, or even Peking duck! They’ve got 120 varieties to choose from, so you’re sure to find a few new favourites.

With history going back to 1995, Jaws pioneered and paved the way for other sushi trains in Perth – and they’re still one of the top destinations around. With three locations