Beelu National Park: Everything You Need To Know

Beelu National Park: Everything You Need To Know 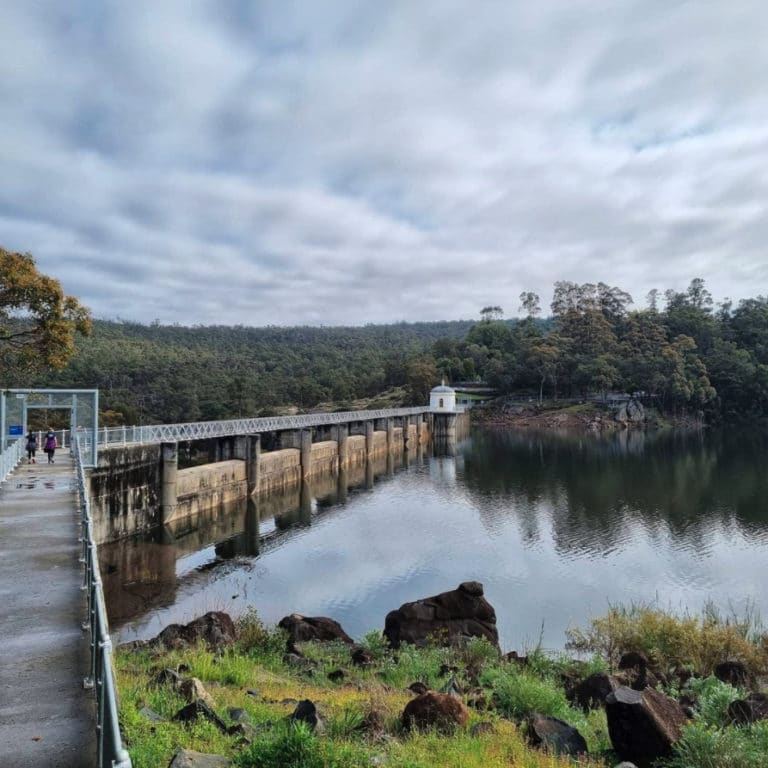 Right on the city’s doorstep, Beelu National Park is a treasure trove of nature – home to woodland landscapes, winding rivers, native fauna and wildflowers, as well as where you’ll get some of the best views of WA’s very own “Scheme of Madness”, Mundaring Weir.

Formerly known as Mundaring National Park, Beelu National Park was renamed in 2008 to acknowledge the Beelu Whadjuk Noongar people, on whose traditional lands the park is found. Beelu is related to the Noongar name for river or stream; aptly named as the Helena River flows into the park and is dammed by the Mundaring Weir. Occupying 3000 hectares, the park is filled with jarrah and marri woodland and grasstrees, and home to wildlife that includes threatened Carnaby’s cockatoos, as well as splendid fairy wrens, western warblers, quendas, western brush wallabies and western grey kangaroos. It also explodes in the springtime with a range of colourful wildflowers, which alongside its range of picnic facilities, makes it a great destination for a daytrip.

Beelu National Park is just under an hour’s drive from the Perth CBD. 40km east of the city, the park is nestled between Mundaring and Kalamunda in the Darling Range.

At less than an hour’s drive from the city, Beelu’s a great destination for a cheeky little day trip. There are heaps of picturesque picnic spots throughout the park, with South Ledge also home to the Golden View Lookout – where you’ll get a pretty speccy view out to the Helena River Valley over Mundaring Weir and Lake CY O’Connor. The North Ledge is attached to a 15 minute scenic loop if you want to explore on your feet without straying too far, and there’s also Farrell Grove, The Dell, Pimelia Mycumbene and Grevillea Mycumbene picnic areas.