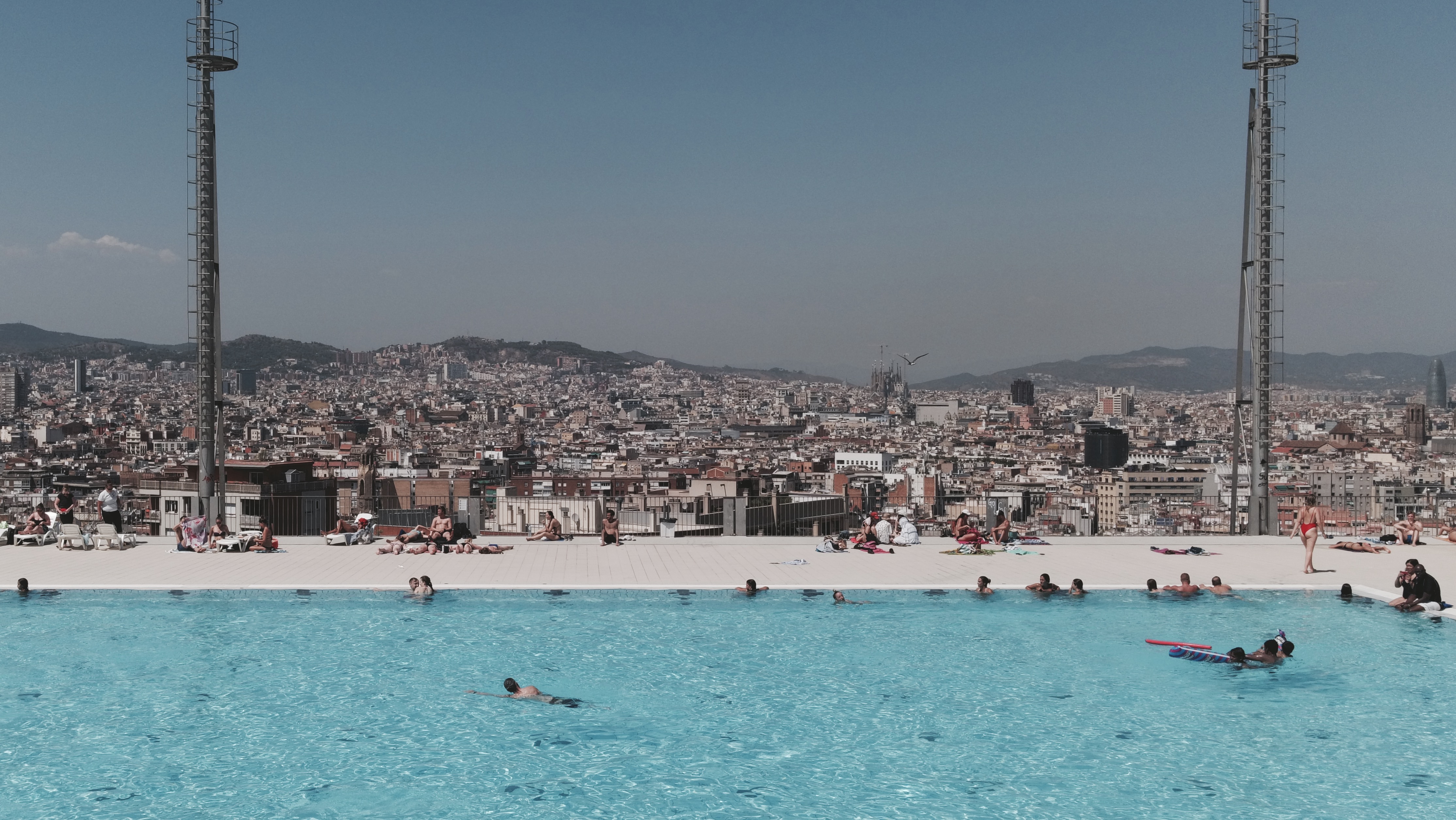 I can plan trips as much as I want, but I'll never be able to plan to be surprised. A two woman trip became three and we lived it up in Barcelona city!

We only had 3 days and 2 nights to live it up during this trip to Barcelona! So I did my usual pre trip researching and planning via TripAdvisor to ensure that we could make the most of our time.

Why Barcelona?
This city is vibrant, lively, artistic and I feel like it oozes out positive energy as well as beauty! The three of us visited Barcelona two years ago. We had 10 days filled with: crazy nights out, boat parties, a lot of day drinking, eating, long strolls and a few museum visits. We've grown up (a bit) since then and this time the aim of our trip was to create some more memorable moments together before we all fly off to our different destinations in September.

Where did we stay?
Hotel 4 Barcelona! It was only 15 minutes away from the city centre via taxi and 30 minutes via Metro. We had originally only booked a room for two. Luckily the third bestie only had to pay €30 per night to have an extra pull out bed in our room and the breakfast buffet each morning! How amazing is that?! We had a spacious, clean room with modern interior - a perfect fit for the three of us! The staff were extremely helpful and polite throughout our stay. The three of us felt right at home!

How did we get around?
Taxis are so much cheaper in Barcelona compared to London! We used taxis for journeys with longer distances and the Metro for the shorter distances (and also to save some money). Ooo we also took the cable car from Montjuic towards the beach! It had stunning views, but be prepared to get up close and personal with someone's armpit if you decide to go on it.

What did we do?
Usually we would go out as soon as we freshen up at the hotel, but we learnt from our last visit; that Barcelona's nightlife definitely begins past midnight! Our first night in Barcelona started with dining a sophisticated Spanish restaurant called Racó de la Villa. As soon as we entered we saw one of the waiters slicing smoked ham, he greeted us straight away with a massive smile on his face! We instantly knew that we had come to the right place! We ate a mix of bread, seafood, meat, desserts and drank red wine. Smiles all around. It was the perfect way to begin our city break!

Before discovering our dance floor for the night, we were approached by various promoters offering "discounted" entry for various clubs. Luckily we had visited Port Olimpic before and we knew that what they were offering us was far too expensive, (we could hear the music from outside and it wasn't exactly poppin!). We strolled along the strip until we heard music that we actually liked and ended up in an eye catching bar on the seafront called Palmito. Not only was the music frickin amazing, it was a free entry venue and the staff were lovely.

The highlights of our trip were located in the Montjuïc area. We swam in the Olympic Pool and danced the night away under the moon and stars at the La Terrazza garden bar.

I also found an event on Facebook called Brunch in the Park Barcelona. It was a cool festival starting from noon with pop up stores, food trucks, music and a family area as well as an adults only area. The only problem was that it took place on the day we were leaving! We had an evening flight so we managed to make it work, but we wished that we could have stayed longer! Grrrrr!

Lists of places visited during our stay along with their websites:

@MoonSoulSteps hmm that's a tough one! Probably all the little food on the toothpicks, I forget what they are called but they are soo good!

@BSmyth itâ€™s a city Iâ€™ll always visit! When did you go and what was your favourite thing you did/visited there?