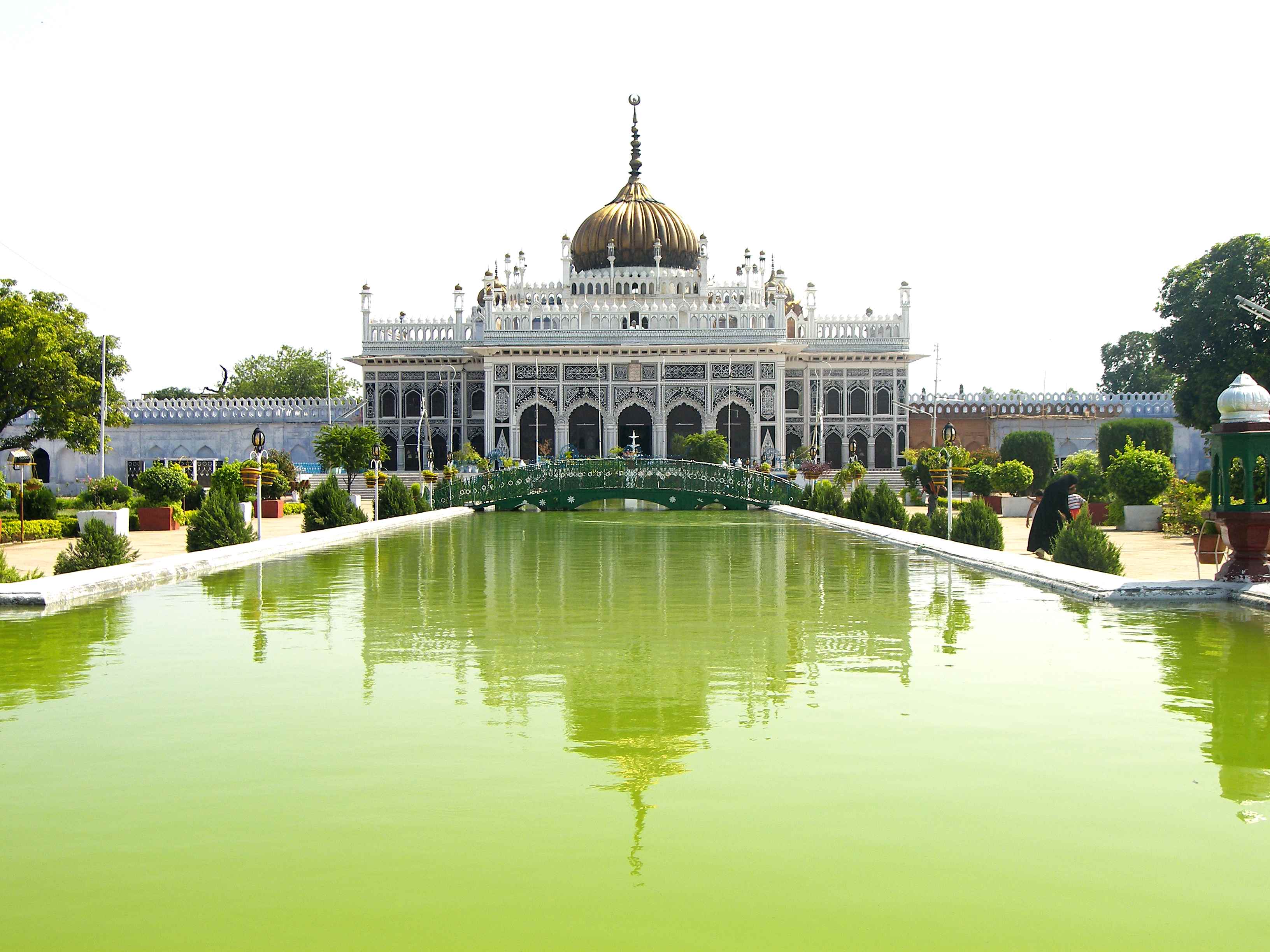 The Chhota Imambara, or the Imambara of Hussainabad, is one of the most beautiful and attractive buildings in the old city of Lucknow in Uttar Pradesh. This imposing monument lies to the west of Bara Imambara and is a true sight to behold. The Chhota Imambara was initially a congregation hall for Shia Muslims that was built by Muhammad Ali Shah, who was the third Nawab of Awadh, in 1838. The Imambara was to serve as his own mausoleum as well as that of his mother, who is buried beside him in this prestigious monument.

The Imambara is beautifully adorned with decorations and chandeliers at the time of special festivals, especially Muharram. In fact, this 19th-century building is also referred to as the 'Palace of Lights' by European visitors and writers because of the profuse decorations of the monument at specific events.

The exterior is complete with Quranic verses which are written in Islamic calligraphy on the walls of the monument. However, it is not just the exterior of the Imambara which catches the fancy of the eager visitors. Even the interiors of the monument are designed and maintained with intricate details and utmost care.

The watchtower, which is also known as Satkhanda, or the tower of seven stories, is located just outside the Chota Imambara. Even though the structure is known as Satkhanda, it has only four storeys, since the construction of the building had to be abandoned when Ali Shah passed away. Satkhanda was built between 1837 and 1842, in the time of Muhammad Ali Shah, who wanted to make the structure similar to the Qutub Minar of Delhi.

Lucknow, earlier known as Awadh, witnessed famine a few times in the early 19th century. Consequently, the agricultural economy broke down, and the labourers and farmers were all poverty stricken. They were finding it increasingly difficult to make both ends meet, so finally, Muhammad Ali Shah, the then Nawab of Awadh, decided to sanction the building of the Chhota Imambara.

This decision was taken with the objective of offering the distressed with some work so that they could manage to earn a decent living. The construction of the monument was finally completed in the year 1837.