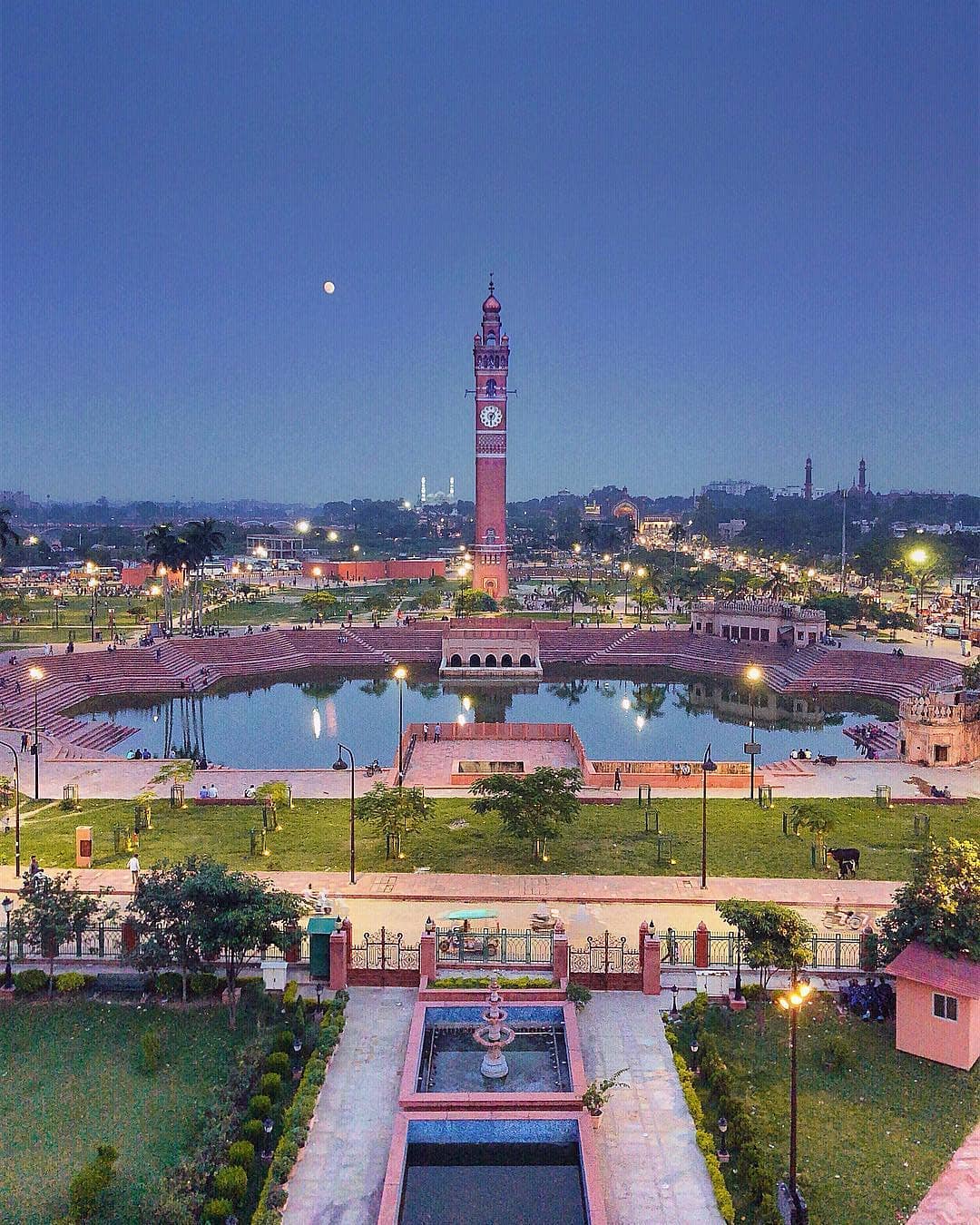 Standing tall adjacent to the Rumi Darwaza, the Husainabad Clock Tower was built in 1881 and since has been the tallest clock tower in India. It is 67 meters high, displaying Victorian-Gothic brilliance with a 14 feet long pendulum and a dial in the shape of a 12 petalled flower.The earliest clock tower was the Tower of the Winds in Athens which featured eight sundials. In its interior, there was also a water clock (or clepsydra), driven by water coming down from the Acropolis.

It was only in 2010 that this manually operated clock was upgraded to an electrical clock. Towards the end of 2011, this clock gradually made the tall clock tower metal noise after 27 years.However, Captain Paritosh Chauhan and Akhilesh Agarwal - two patron, proposed to repair the clock to the administration. They worked for three years and repaired the clock without asking any pay and ensuring the charm of the clock remains intact.

This four-faced structure of the clock is said to have been replicated based on the famous clock tower in Englan, the Big Ben. This tower is surrounded by vegetable and fruit vendors even local food stalls. There is also a Husainabad reservoir nearby

Designed by Richard Roskell Bayne, the Husainabad Clock Tower was erected in 1881 with a mere sum of INR 1.87 lakhs. This tower is said to have been established in memory of the arrival of Sir George Couper, the second Baronet. The tower vicinity also sites a huge stepwell from the time.

Amidst the chaos of the citylife, this historical tourist attraction in Lucknow often referred to as Ghantaghar is tallest of its kind in India. The inside of this must-visit place in Lucknow is made up of gunmetal, which is a rare material used in the construction