Gnomesville: Everything You Need To Know

Gnomesville: Everything You Need To Know 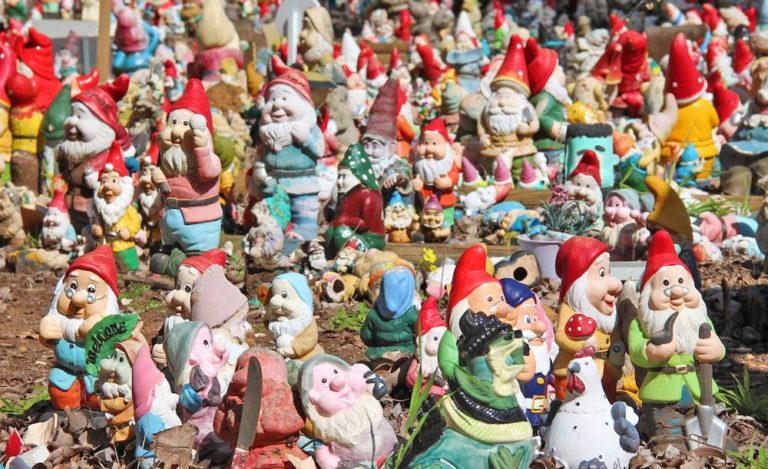 Practically on our doorstep, one of the world’s most unique – and mysterious – attractions is tucked away a mere 30-odd minutes outside of Bunbury. The origins of Gnomesville are shrouded in mystery, but its popularity just keeps growing – as does its population!

An ever-expanding community of gnomes… Really! No one seems to be all that clear on Gnomesville’s origins, with some saying a gnome was placed there in protest of a new roundabout, others saying it was the random appearance of one gnome that started it all. In any case, as people have added to the collection one by one, the gnomes have since grown to a population of 10 000 – with classic garden gnomes, raunchy gnomes, commemorative gnomes and every type of gnome you can imagine, brought from every corner of the globe. Anyone can leave a gnome, bringing one from home or picking one up at the nearby Ferguson Valley Visitor Centre.

In 2018, the village underwent the practically apocalyptic Great Gnomesville Flood, with many of the gnomes being washed away in some tragic scenes. Since then, Gnomesville has undergone some cleaning, clearing and rearranging to keep it in good stead for the years to come.

Where is it?
You may stumble upon Gnomesville by chance as you travel through Wellington Mill – just over 30 minutes from Bunbury, and about two hours from Perth’s CBD, it’s pretty much smack bang on the Wellington Mill Road and Ferguson Road intersection. Originally located on the roundabout itself, the gnomes have been relocated across the road to a more official area – which has transformed into such a large metropolis that it now even has its own gnome suburbs.

What to do?
BYOG – that’s Bring Your Own Gnome, obvi. Bring along a lil’ gnomey friend to join the ranks of Gnomesville, but just make sure to leave them within the designated area, and don’t mess with any plants while you’re at it. Wander through the sprawling gnome-filled city, and enjoy the lush surrounds – including a charming stream and plenty of winding paths to follow.