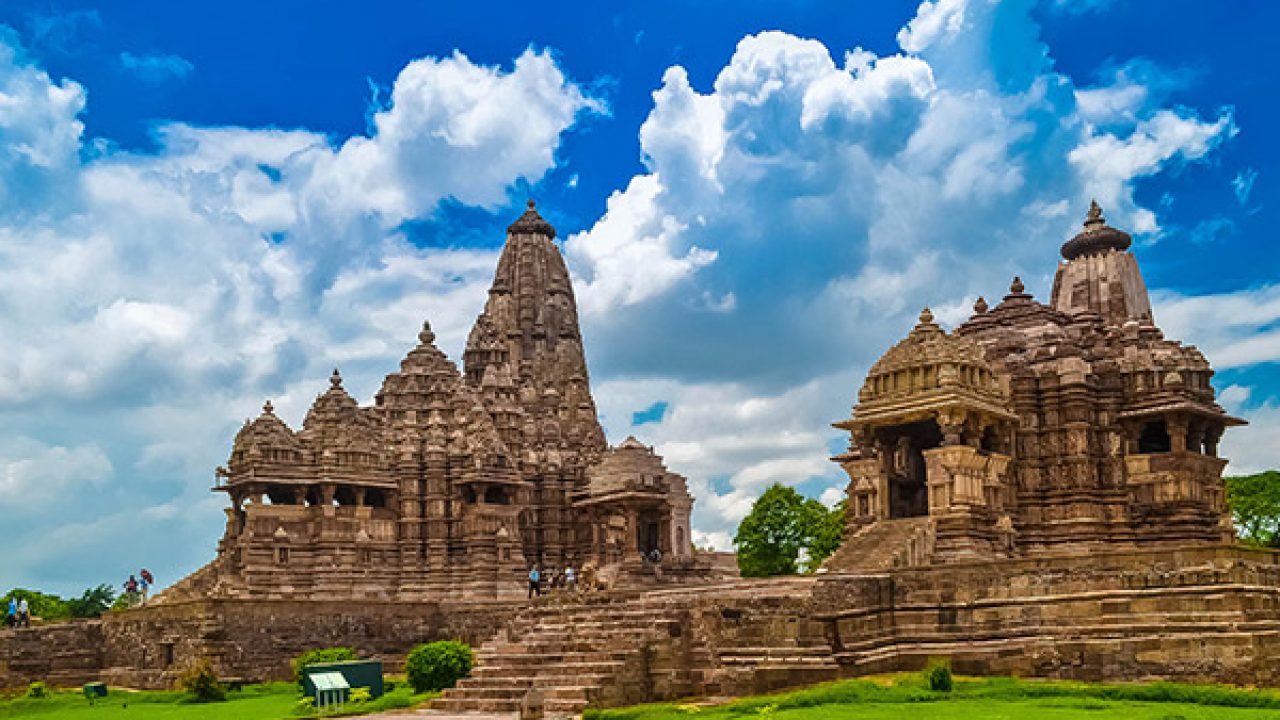 Art in this small town is engrained in all of its structures and are a classic example of the finesse of India's cultural and artistic heritage. The best part about Khajuraho is that although scores of plunderers tried to destroy the whole complex, they could never succeed, even though they managed to reduce the number of temples and caves to 25 from a staggering 85 at the time it was created.

Chandela rulers built the temples of Khajuraho, one at a time spread over a period of hundred years. The first recorded mention of the temples can be founded in the writings of Abu Rihan-ul Biruni towards the end of the 11th century. Throughout the 12th century, the temple complex grew and later fell into the hands of the Sultan of Delhi, Qutb-Uddin Aibak, after the downfall of the Chandela rulers. In the years to follow, the temples were preserved and tended by the Muslim rulers. Over the years some of the temples were vandalised and disfigured and were left unmonitored due to their deserted locations. T.S. Burt, a British engineer, later rediscovered the temples in 1830 and made efforts for their restoration.