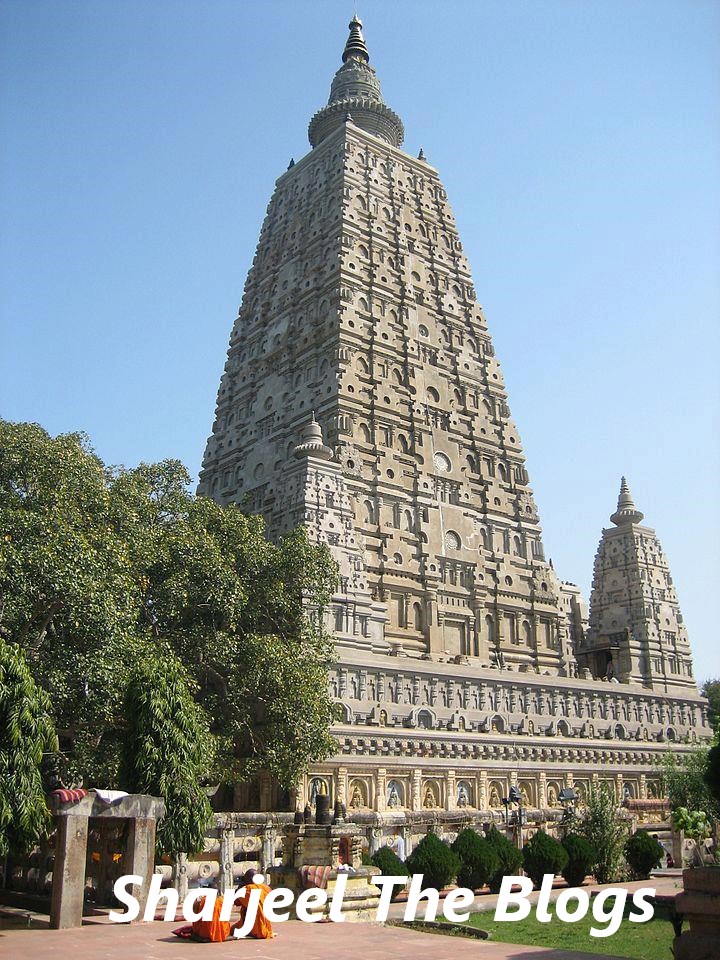 The Mahabodhi Temple Complex is one of the four holy sites related to the life of the Lord Buddha, and particularly to the attainment of Enlightenment. The first temple was built by Emperor Asoka in the 3rd century B.C., and the present temple dates from the 5th or 6th centuries. It is one of the earliest Buddhist temples built entirely in brick, still standing in India, from the late Gupta period.

The Mahabodhi Temple Complex, Bodh Gaya lies 115 km south of the state capital of Bihar, Patna and 16 km from the district headquarters at Gaya, in Eastern India. It is one of the four holy sites related to the life of the Lord Buddha, and particularly to the attainment of Enlightenment.The present Mahabodhi Temple Complex at Bodh Gaya comprises the 50 m high grand Temple, the Vajrasana, sacred Bodhi Tree and other six sacred sites of Buddha's enlightenment, surrounded by numerous ancient Votive stupas, well maintained and protected by inner, middle and outer circular boundaries. A seventh sacred place, the Lotus Pond, is located outside the enclosure to the south. Both the temple area and the Lotus Pond are surrounded by circulating passages at two or three levels and the area of the ensemble is 5 m below the level of the surrounding land.

It is also a unique property of archaeological significance in respect of the events associated with the time Lord Buddha spent there, as well as documenting the evolving worship, particularly since the 3rd century, when Emperor Asoka built the first temple, the balustrades and the memorial column and the subsequent evolution of the ancient city with the building of sanctuaries and monasteries by foreign kings over the centuries.
The Main Temple wall has an average height of 11 m and it is built in the classical style of Indian temple architecture. It has entrances from the east and from the north and has a low basement with mouldings decorated with honeysuckle and geese design. Above this is a series of niches containing images of the Buddha. Further above there are mouldings and chaitya niches, and then the curvilinear shikhara or tower of the temple surmounted by amalaka and kalasha (architectural features in the tradition of Indian temples). At the four corners of the parapet of the temple are four statues of the Buddha in small shrine chambers. A small tower is built above each of these shrines. The temple faces east and consists of a small forecourt in the east with niches on either side containing statues of the Buddha. A doorway leads into a small hall, beyond which lies the sanctum, which contains a gilded statue of the seated Buddha (over 5ft high) holding earth as witness to his achieved Enlightenment. Above the sanctum is the main hall with a shrine containing a statue of Buddha, where senior monks gather to meditate.
From the east, a flight of steps leads down through a long central path to the main temple and the surrounding area. Along this path there are significant places associated with events that immediately followed the Buddha’s Enlightment, together with votive stupas and shrines.