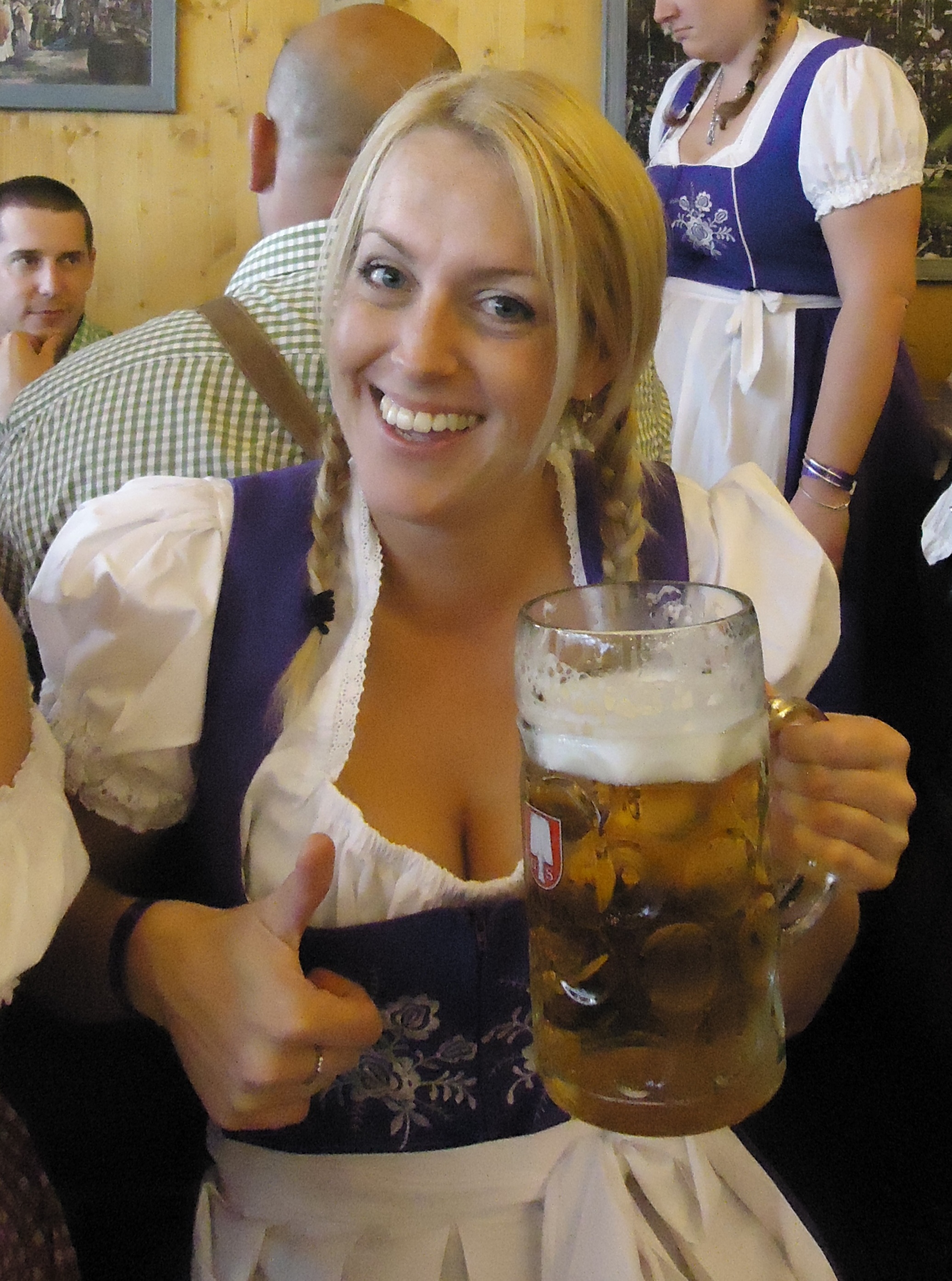 It always comes around to the beginning of October and Facebook reminder posts start to pop up - taking me back to getting ready for my first time going to Oktoberfest when I was living in London in 2012.

I was lucky enough to be living with a British guy who was a volunteer Tour Leader for a Company called First Festival Travel. They take tour groups all over the UK and Europe for the many festivals throughout the year and in March of that year I tried out for a spot and was accepted into the team! Fast forward to Friday 21st September and I am being flown out from Heathrow to Munich for opening weekend with a pretty decent group of people to partake in the biggest beer drinking festival in the world!

On arrival to Munich, after navigating in German which train to get to which station (a language I do not speak much of), myself and two other 'freshie' tour leaders went ahead of the group to the accommodations to set-up and give ourselves an orientation of the area. For this tour I oversaw looking after the Hotel group - this involved making sure they knew what times I was going to be waking them up each day, timings for breakfast, first day main details and a brief history about Oktoberfest.

Did you know that the Oktoberfest tradition began as a Royal wedding back in 1810? The citizens of Munich were all invited to the celebration and it was a large, joyous occasion with horse-riding, folk dancing and of course, beer drinking. Since then, the festival has grown to also include games, rides and Oom-pah bands, however it is now more commonly known for its main feature - the beer!

I had a really good group to look after and the Hotel was quite nice. Situated about a 5 minute walk from where I was staying with the other Tour Leaders at the Meninger Hostel. The Hostel is closer to the Oktoberfest grounds, just another few minutes walk from there - prime location! (I got to partake in the nicer breakfast at the Hotel too #winning #linethestomach).

First day of opening weekend for O'fest is a bit of a wait. The aim is to pick a beer hall (FFT goes to HofBrau on opening day - which is pretty much as Kiwi/Aussie as you can get!), get there as close to 8:30am and then try and get through a door and nab a table or 3 for your entire group -  all whilst dealing with the crowds of people pushing to get in and the pouring rain (my umbrella got confiscated on arrival as it could be used as a weapon apparently!). What a mission! We all managed to get tables together and then the waiting game began.

On opening weekend, the keg is tapped at 12pm, so our lovely beer wench Maria took 10 Euros off each of us at 11:30am (as a tip), and we had our first beers just a moment after midday - not bad at all! Some tables had to wait longer, however Maria really looked after us. That would be one of my main pieces of advice to you - treat your server well and she will look after your table well :)

And then this brings me to the beer - the beer here is beautiful! It is so pure and smooth, with no-preservatives and this also means, no hangover! From Hofbrau to Paulaner to Lowenbrau - it was all amazing! And when you get over beer and eating all the amazing food on offer, there are amusement park rides to play on and Schnapps Alley to go check out for a sneaky wee shot or two!

The Hofbrau tent features the 'pig pen'. Some Aussies years ago made it a rule on opening weekend that no Aussie or Kiwi can wear underwear if they enter the pig pen. You must remove it upon stepping in there and it gets thrown up onto the giant angel statue hanging above. (I avoided this thankfully!). The other tents are definitely more German and each with their own great live Bavarian band and beer. Over 6.5 million litres of beer is drunk over the 17 days of Oktoberfest and the people that work this event can make their yearly wage in just those few weeks!

The rest of the weekend is a mixture of drinking beer, talking to people from all over the world (some of the most random conversations were had whilst waiting in line for the toilets!); checking out other people's outfits, learning the words to songs and generally making sure the group were having fun! Helping them order from our wench, letting them know about all the rides, partaking in the rides (dodgems and rollercoasters were a highlight!), and then assisting those at the end of their big day who were having trouble finding their way back to the Hotel.

Day 2 – do it all again! Beer hall reservations in the Schottenhamel tent until 4pm and then moved to the Lowenbrau tent. Chicken, pork knuckles, giant pretzel bread, beer, dancing, singing and so many laughs - the belly and heart were incredibly full! Even for those of you who don't drink beer (or any alcohol at all), there are other options available and you will still have a great time here.

Some other main tips of advice for when you do go, is to take lots of Euros (sometimes the lines for the ATM's were huge!), and try not to turn up in the costume/dress-up outfits - it is offending to the Germans. Ladies wear a traditional Dirndl and guys wear the traditional Lederhosen. Take the time to go buy a legit outfit and you'll be totally better for it. Also, most tables are reserved for a certain time - make sure you move from that table at least 15 minutes before that time, otherwise the big security guards will physically remove you from that beer hall completely and it may be too hard to get into another one and your day comes to an end much quicker than it should have (as some of our crew found out!).

Disneyland with beer is such an amazing place to be and I would totally do it every year if Germany wasn’t so far away from little NZ.
In the meantime, our little 1 day kiwi version will keep me going until my next time in Europe.
PROST!

Why not settling on games that is fun and at the same time your earning. Well it'll make suspense because of the game as well but dude just try it and it gave me hope while pandemic is real rn. The Best Baccarat Strategies for Live and Online Casino

Why not settling on games that is fun and at the same time your earning. Well it'll make suspense because of the game as well but dude just try it and it gave me hope while pandemic is real rn. The Best Baccarat Strategies for Live and Online Casino