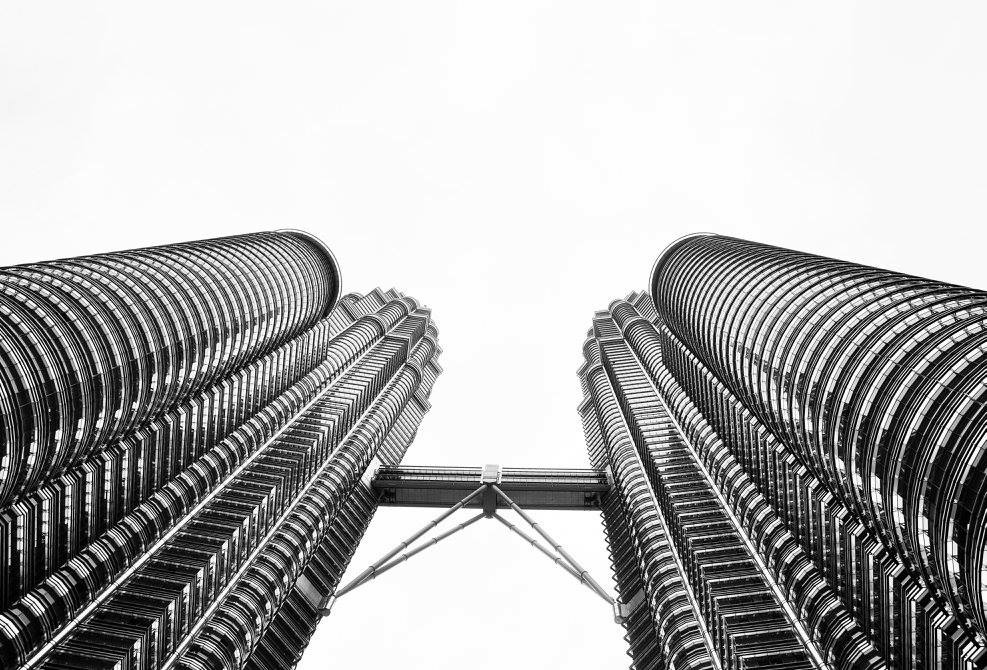 After our 5 am flight to Kuala Lumpur with Air Asia, an extremely low cost, basic airline we'd arrived in the heart of Kuala Lumpur at the Pacific Express Hotel Central Market. In KL the sky scrappers coat the streets, all pointing towards the sky like knives. KL is a very cosmopolitan city; different races, different faces, completely diverse and surprisingly modern. Our hotel had a roof top pool and gym which over looked the millions of people hurrying around the city, it was like watching from within a glass box of peace and quiet.

The city was warm, humid and crazy! We arrived at the start of Chinese New Year so on arrival we explored China Town and brought some fake Rolex watches because it's so the thing to do here. We watched numerous Chinese New Year's performances, little and large; parades of happiest and glory to celebrate the New Year.


Across the two weeks we were in Malaysia we remained in the same hotel; it was nice to have a base for a while. We had an apartment on the top floor in our hotel with panoramic views and skylines which were wider than a hundred double decker busses.
KL is obsessed with Nandos and it is so incredibly cheap as well! We paid next to nothing for something which would cost three times the price in the UK so Malaysia was known as the country which we ate so many Nandos in that the smell makes us feel sick now. It is a heavily Chinese population and culture in Malaysia so they're obsessed with anything western. We finally found me some Gluten Free food and my god was it like heaven melting in my mouth. Who would have thought a pizza; not something I indulge in much at home could be so darn good. Freshly made and served by brilliant waiters. Prego is the place to eat if you have allergies in KL. Strangely it's inside the fanciest hotel, right next to Dior and Channel but it's the same price as anything in the UK and a wonderful atmosphere.

KL has excellent transport links and communications are so cheap the easiest way to get around is by train here. A train fare into the city centre (Petronas Towers) was around 20 pence per person which you can't argue with.

Speaking of the Petronas Towers; that's something I insist you do! The elevator inside them moves at thirteen miles per hour as you climb eighty-six floors to the breath taking views over the city. From here you can feel the wind against the windows, swaying the building slightly as you walk across the bridge which suspends between the buildings. Pictured by the on-site photography you can savour the views for afters. Below the towers is shopping haven. Designer and designer shops fill the centre of KL to your hearts content you could almost make it purely a shopping destination if you really wanted to. We of course messed around in Toys 'R' Us and purchased children's play dough because that's the sort of trip we were on! Also in KL is the Berjaya Time Square which is a huge roller coaster within a shopping centre and it is crazy good fun, cheap and cheerful! Everything in Asia is cheap which makes it more appealing!

After you've spent hours screaming you way around Times Square and frittering your money away on items you don't need you can always head back to the centre when the lights go down for the water show. Grab an expensive cider at one of the water front bars; prepare to pay £10-15 per drink as it is against their religious belief's to drink, it's to put you off drinking too, which it did for us, but there's a great supermarket just down stairs from the bars where you can buy cider and alcohol for a similar price to that you'd usual pay here and park up on a bench to watch the show.

Petronas Towers, Kuala Lumpur
Admittedly we wanted to get out of the city for a day so we decided to book an Elephant Tour to a Sanctuary, which is something I have been wanting to do for years. We booked it with Tour 51 through Expedia online and it was around thirty pounds each for the day; which included the two hour coach journey from the city to the jungles and a locally cooked lunch.


Whilst in Malaysia you must do there escape games. They are great fun! Super cheap and good entertainment for a rainy monsoon day; which happens here a lot! We completed about ten of them in the two weeks we were here. We discovered them wondering one afternoon and got hooked.


Another fun filled day out in KL is a trip to Sunway Lagoon. A theme park with a water park a Zoo and a theme park all in one.

And finally of course there's the Batu Caves in Malaysia which is a must. 272 steps to the top, but worth while.
Malaysia is underrated a lot and I think people would be surprised how much there is to do in Kuala Lumpur.

Online Skype Quran classes are given to kids to learn Arabic. Our best scholar guide the students free and provide quality of Islamic education in western countries.
Importantly, Minhajul Quran Academy offers you the greatest opportunity while providing free Quran Classes online through skype
All Muslim kids, ladies, and adults take online classes via skype
Moreover, Our Quran teacher prepared the lecture and then delivers the lesson to students. They are experts in their skills and know well how to handle students in online skype classes
Therefore, Nowadays online Quran teaching via skype becomes a trend for people who can’t take physical classes. For instance, Now the Internet makes life easier and more comfortable for everyone

No one in their right mind would enjoy sharing their property with a bunch of bugs, rodents, and animals.