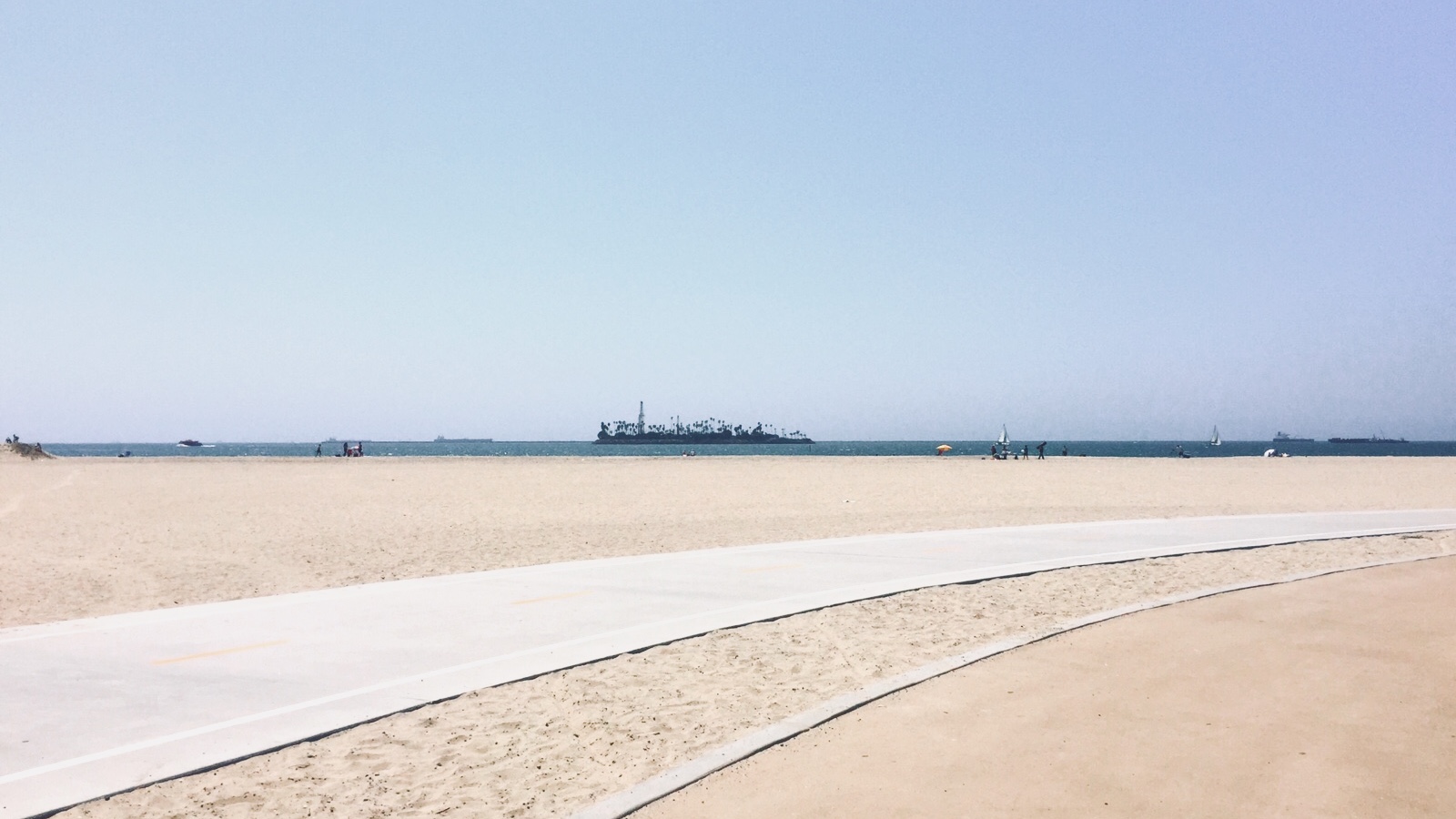 Special moments with my family members in Long Beach before my trip in September. My baby cousin surprised us all with her first steps and her appetite for healthy snacks! We laughed together, ate some damn good food and shared some more beautiful memories.

My arrival in Long Beach started with a Bang! No really, it did! My uber driver decided follow a 4X4 vehicle down a road that clearly had some roadworks going on. His car got stuck once two of the front wheels went a level downwards, where a part of  the road had been dug up for restructuring. The people walking by were so unhelpful, I even saw people pass by just to take a video and then they made a swift exit. I got hold of my uncle and he came down to help out.

What a crazy start to my visit! But it became more of a celebration when I learnt that my baby cousin, who I was overly excited to see, had taken her first steps by herself on that very same day!

My family members and I started the evening off with a stroll down to E 2nd Street to grab a bite to eat. There are so many worthy spots to dine in or even get a take away from! At night in particular, this street really livens up, there’s an awesome inviting atmosphere that is quite hard to turn a blind eye to! We chose to go to Poke Pola! Woooooo! I was really looking forward to it because I have wanted to go to a poke bowl place for sooo long, but I have not come across a decent spot near where I live in London yet.

The time I spent in Long Beach was dedicated to my family, they were the reason why I was there and I love spending time with them. My uncle took us to a cool communal dining spot called SteelCraft where we had beer tasting boards and some mean grub! The layout was quirky with a free flow order as you go system and the seating was quite laid back. My cousin effortlessly stole the show with her strutting in between the benches, waving to new people and her overall cuteness.

The next family adventure took place at the Aquarium of the Pacific! I had been before, but this was cousin Ellie’s first time! We had her snacks at the ready and we were good to go! Watching her reactions to whatever presented itself on the other side of the glass was priceless! Seeing the sea otters is always my favourite part of this Aquarium, Ellie seemed to like them too! She was not too sure about all the different types of jellies though!

Although I had been to the Aquarium before, I did not see much of the Queen Mary Steamboat the last time I had visited. My guess is that I was most probably distracted by food before - yep, that definitely seems about right! My uncle and his wife were on the ball and they led the way to QM, we took a few snaps and then had a quick munch at Gladstone’s before heading back to have a movie night in.

My last couple of days in Long beach flew by! I was gutted that I had an injured toe, which prevented me from walking along the sandy beaches (especially dog beach!) and going for a swim. I did not let my injury stop me from getting about though, I walked as much as I could and played around with my cousin - which was the most important thing! On my last night we had a home cooked meal and I took a cheeky trip out to pick up some amazing ice cream cupcakes from Frosted Cupcakery. Oh my goodness! They were so good!

I find goodbyes really difficult in general, but knowing that I will be away for such a long time made my emotions so much harder to control. I didn’t let my Cali fam see my tears, instead I let them run wild in in front of complete strangers when I got to LAX! Typical Shan behaviour!