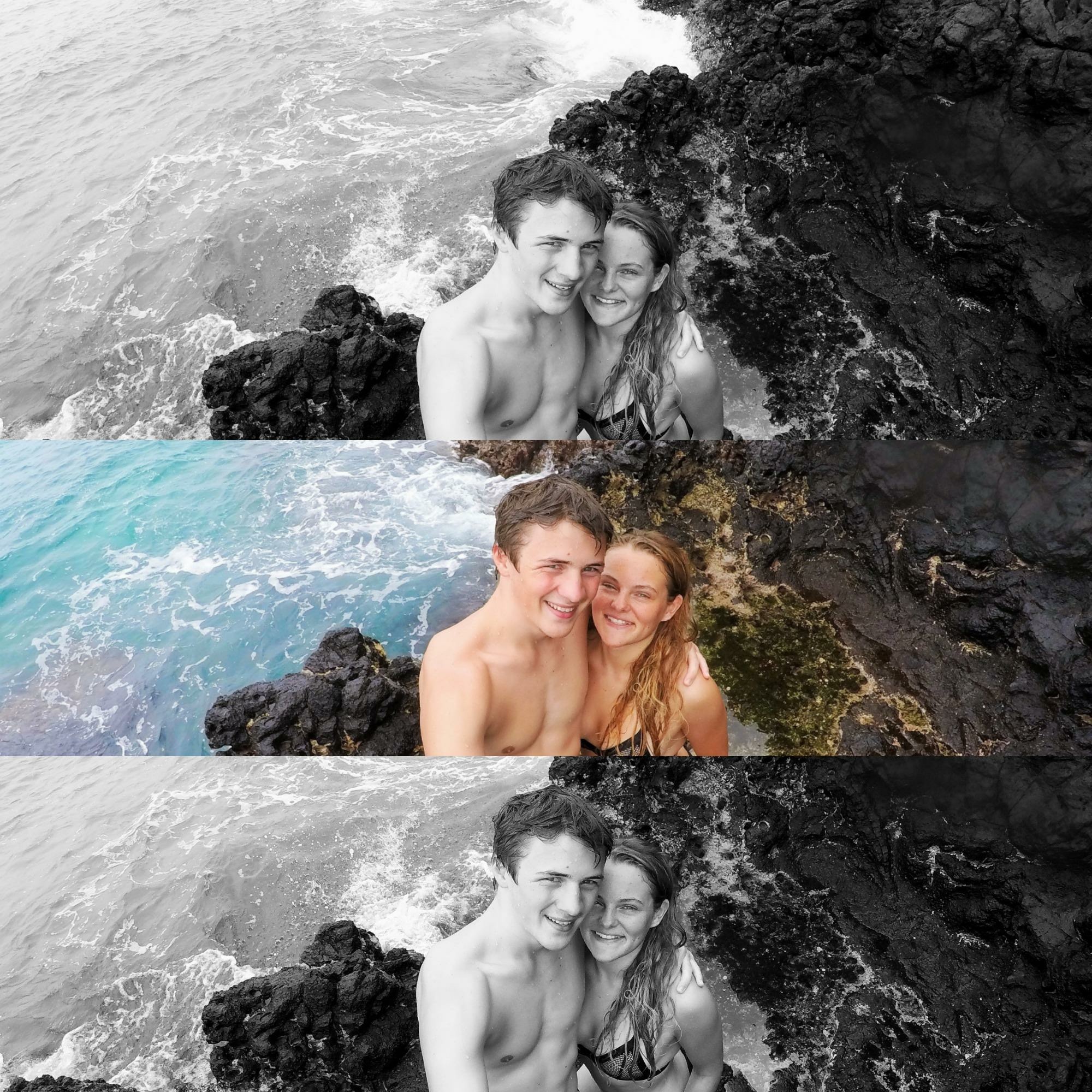 We weren't sure what to except of Bali, other than white sandy beaches, extensive panoramic views and blissful blue skies...

Our journey across Bali from Denpasar Airport was just over an hour to the East-coast of Padangabai. Through the madness of beeping horns, undertaking and generally no road rules whatsoever we were glad to be getting out of our taxi and on to solid ground. Checking in at the Beji Bay Resort. A Cheap stay around thirty pounds a night including breakfast. Our room was cute, well decorated and clean.

Beji Bay Resort Bali Bedroom Our bedroom in Bali
An abrupt knocking on the door at 9 am woke both of us up; startled! A man working at the resort insisted that we had breakfast so they could clean our room. Despite having arrived at 11 pm the night before! Never mind.

We had a week in Bali and we wanted to make the most of it. Surprisingly it was over- cast and not the clear, blue skies we'd hoped for. We went for a stroll but in Padangbai there isn't much too do or see; however we found a hostel and bar type place next to our accommodation which we wished we'd stayed at because it had a great atmosphere and they served fab, cheap food!

In Bali money goes an awful long way, which is ideal for those on a budget! We booked to go White water rafting and attend a silver jewellery making class. On one day we explored slightly further and found the secret beach. White sand, bar on the beach, crashing waves so high they went over our heads and a current as strong as a tone of bricks, prevailing back and forth engulfing any personal possessions which were left within five metres from the waters edge. And of course knocking us off our feet! Literally.

Our week was spent primarily based around the small town and the beaches, bars and pool side. Other than one afternoon of which we visited a small temple thirty minuets away. A lot of the week was stormy, monsoon rain which restricted us from going out in the evenings, besides we couldn't get anywhere as there isn't a lot close to Padangbai; we spent a lot of time in the bar next door to our resort. Cheap and Cheerful.

A week later we were due to depart Bali and leave for Sydney...however on arrival to the airport our flight was delayed by 24 hours; of which we spent waiting in a plush hotel provided by the airline, eating a mass amount of food and binge watch a bunch of UK programmes we'd missed.