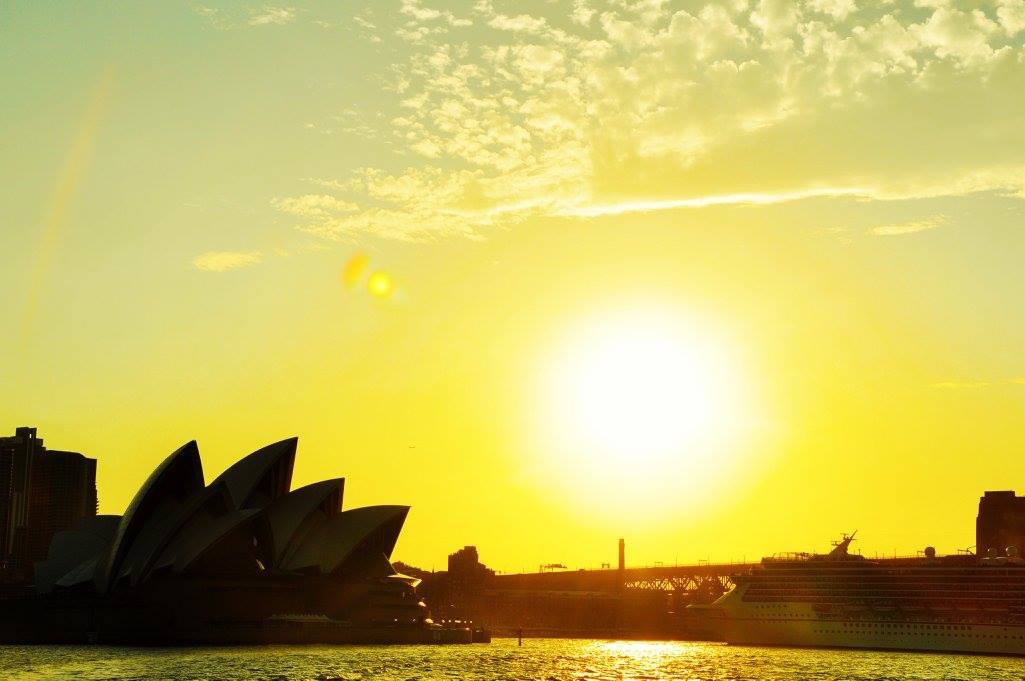 We touched down in torrential rain which wasn't what we excepted! Seen as our flight had been delayed in Bali for twenty- four hours we'd missed our pick up from my uncle at the airport so we had to grab an uber; now in Sydney uber's are far more expensive than anything you'd pay in Asia. Our cab from the Airport to Mosman was near to forty pounds! Not what we had in budget! But these things happen.

Our uber driver was mad, he mentioned that he was from Thailand and living in Australia to earn some money for his family; he certainly drove like a Thai driver! It's just a shame that the Aussie's didn't take to his driving too well...After a short while we pulled up in front of the house we were staying in and the driver topped us out, surprised that we were staying in such a rich area; considering the state of us. We forgot to mention that it was a friends place not ours! But hey, you can always pretend to be rich once in a while...

After soaking up a nice warm bath to comfort the endless hours we'd spent on a plane, in a taxi ohh and in the pouring rain we were more than relieved to be jumping into our beds for the night. (We felt slight jet lagged). Fresh in the morning, the sun was blazing and the Aussie's were singing.

We had a week to endure all that Sydney had to offer; which really was a lot. Starting with the Circular Quay boat ride across the harbour. We got on at the Taronga Zoo harbour station, using our 'Opal' cards as that is the only way to get around in Sydney; the transport links are next to nothing. Easy-peasy! Anyway back to the point, we took the ferry across the harbour, grasping the fresh salty air as it hit our glowing faces which met the Sydney Opera House as it stood in front of us. The water glistened gently underneath the famous Sydney harbour bridge, our eyes were drawn to the people standing strong on the top of the bridge admiring the views (Something we wished we could have done, but it did come at a cost). It was breath-taking!
The journey lasted around fifteen minuets until the boat knocked us out of daze as it moored up and the regular commuters hustled around us to get off.
Sydney was rather busy; but the atmosphere was different to anywhere I'd ever been; not like London were every bodies in a rush. Sydney has a relaxed vibe to it, whatever time of day rush hour or lunchtime its chilled out because people are enjoying the sun.

We spent a few hours milling around the Opera House, admiring the views, taking in the air and enjoying the shops which Sydney does not lack! We indulged in lunch at a little cafe just beneath the Opera House and met a friend for a drink in the glowing sunset which Aus never ceased to supply.

Over the following days we took trips to the local beaches around Sydney, Mosman and Manly; we loved Taronga Zoo as its reasonably priced and huge! Not littered with people either and you can see the harbour views as you walk around the enclosures because they over look the waters edge. We went to some poxy golf club for lunch (Oma's idea), walked up to the headlands, browsed Manly's shops and indulged in Manly's nightlife. My cousin took us to this really cute bar on the seafront in Manley, great atmosphere, lots of locals and super friendly (but that's just Aus); following from that we were taken to our first cocktail bar. We had apple crumble cocktails which were supper strange but also reasonably tasty! Forget the prices we had fun.


Sydney had treated us really well, there's lots to do and if you are ever lost somebody will help you. I think it's the sunshine which makes a difference to the people in Australia, unlike the UK; everybody knows that the sunshine makes people smile, feel better and move more, which is what Australia provides almost every day so I guess that's why you can't help but be happy!

looks like a fun trip! I would love to be able to travel there someday :)