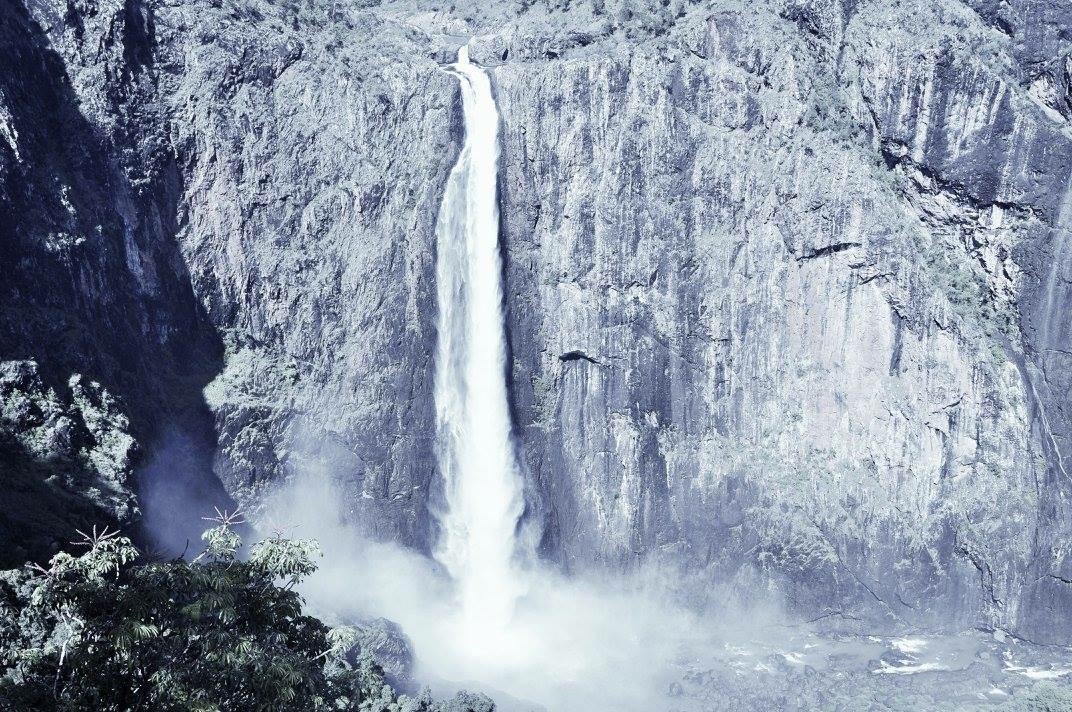 Week four was a long treacherous drive from Noosa heads to Mackay; which turned out to be a great week spent exploring a load of natural swimming spots which Aus has to offer. We never planned too much of our journey's, other than knowing we needed to be in Cairns when our flight left six weeks after we arrived in Sydney. We'd talked to a few locals and researched on the internet and a lot of people were saying we were brave to be driving the whole way up the east coast, because there's nothing near the top. However if we'd listened to what everyone else had said we wouldn't have explored so much along the way.

Between Noosa heads and Mackay are lots of natural swimming spots, (use the internet to google them as you go along). We already knew we wanted to visit as many of these as we could in Australia as we'd been primarily in cities throughout Asia, we were looking forward to being out in the sticks.
Over the course of the week we stopped off at a tone of waterfalls, waterholes, rock pools, swimming spots and picnic areas. They were all so beautiful that I cannot begin to describe each one. The waters were all crystal clear, chilling to the spine to touch and set in the most astonishing surroundings. The bonus of going to the waterfalls and swimming sites is that they are free! Besides the freedom of them there's lots of lovely people to meet at them. Often we bumped into other travellers with camper van's or cars looking for a similar beauty spot that we were. Over the course of the week we must have visited over ten or fifteen different water spots. We were living in our swimwear and we'd gotten into the barefoot way of living; we smelt so bad because we were living out of a van and washing in rivers, service stations and natural waters, but the heat just made us sweat so much all of the time that our deodorants weren't even worth applying in the morning! (Eww).

The plus of Australia is actually that there is so much open space, natural water spots and beautiful scenic drives which you can do to fill your time when you don't have much money! The sun is shining most of the time and even when it isn't the rain is warm and sunlight hours are long, which makes it more inviting. There's a beach on every street corner, not just little beaches like the ones we get here either; vast, expanding, miles long beaches which are all stunning to the human eye.

After a week of exploring between Noosa and Mackay we were looking like bush babies, Ha! Our hair was like dreadlocks, beards were being grown and toe nails were left long; but we didn't mind too much, none the less we knew we were heading into a town and we may get a few funny looks.
Walking into Mackay we found a government run swimming pool (Free), often you'd find lagoons and government run swimming pools in Australia because they'd prefer you to stay out of the water, particularly further north. As everybody know's with a swimming pool comes a shower! After a week of washing in waterfalls, despite the water in them being super clean we really were looking forwards to a warm, exfoliating shower. After splashing about for an hour or so we spent the next hour abusing our free use of the warm showers to get clean, before heading into the local cinema to see some new Avengers film that Duncan was desperate to see. (Men ehy! Get their priorities right). The following day we went and had another shower in the free swimming pool just because we could and we'd take advantage of everything free wherever we could...Followed by a domino's pizza...not so free! But super tasty...