Jurien Bay: Everything You Need To Know

Jurien Bay: Everything You Need To Know 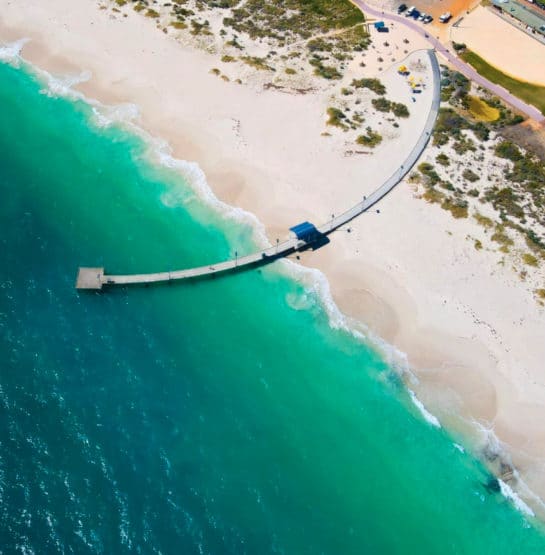 Part of the spectacular Coral Coast, Jurien Bay is a stunning destination for sun seekers, beach lovers and adventurers.

A coastal town within the Wheatbelt, Jurien Bay was first settled by Europeans in the 1850s, with a temporary village established in the early 20th century to support the burgeoning fishing industry. Crayfishing has now grown to be a significant Jurien’s industry, as well as its popularity as a holiday destination.

Obviously with such spectacular beaches, you’ll be spending most of your time at the beach! The coast is sheltered by a string of islands and limestone reefs, meaning plenty of calm lagoons to swim and snorkel. The Jurien Bay Marine Park is also home to the endangered Australian sea lion, who flourish in the seagrass meadows munching on cuttlefish, octopus and western rock lobsters. Experienced divers can explore the underwater caves, while even beginner snorkellers can marvel at the magnificent coral gardens.

The area is also a favourite for fishing – outside of the Marine Park’s sanctuary zones, you can drop a line and try and catch some dhufish or pink snapper for dinner, or snag some western rock lobsters.

If you prefer to keep dry, you can explore the area via 4WD, or race down the spectacular white dunes on a sandboard. To take in Jurien Bay on foot, the Turquoise Way Trail is a hiking and cycling trail that stretches 14.2km south along the coast from the Jurien Bay Marina.

The area is also a favourite for fishing – outside of the Marine Park’s sanctuary zones, you can drop a line and try and catch some dhufish or pink