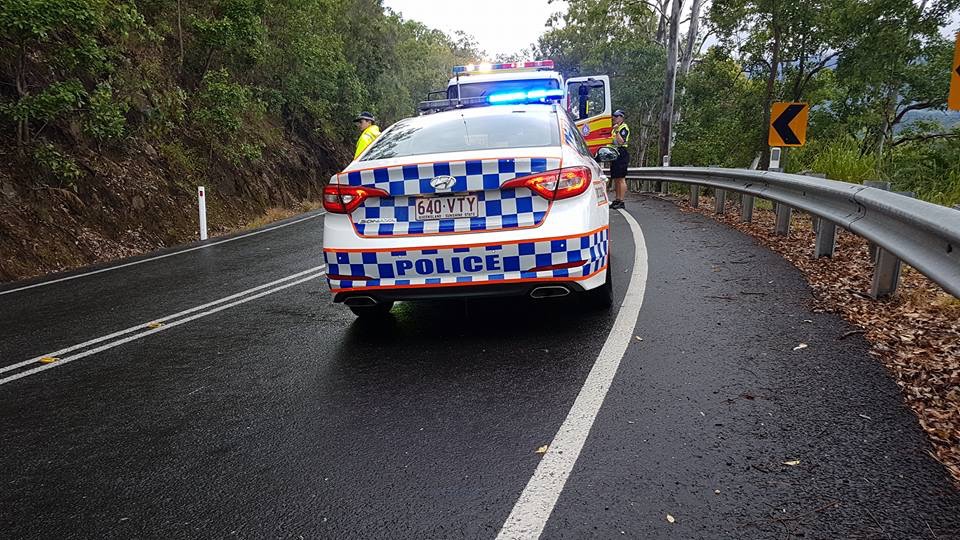 Our journey along the east coast was fast approaching it's end. Our final week on the road to Cairns. Between Airlie Beach and Cairns there really isn't a lot; I've heard people say to us, 'You're mad to have driven all that way, most people fly'. We knew we had a long stretch to drive between Airlie and Cairns, we weren't sure what we'd come across in between, if anything! Fortunately we did have a friend who lived in Townsville and kindly put us up for the night, took us out for dinner and drove us up to the peak which overlooked Townsville. The views were ace. You could see for miles, the horizon spread like great eagle wings overlooking their kingdom. Truly magnificent.


Townsville is very dry, almost desert like; it has a small 'stripe' along the beach front, a nice beach and small reasonably priced bars and restaurants. Our friends mentioned that they'd lived their for six weeks and seen two cases of crocodiles sitting on the beach, which was slightly worrying! But then it is very much 'Croc land'. If you climb up to the peak then you can seen a complete 360 view of your surroundings, overlooking Magnetic Island from the top. (Or drive because you're lazy and it is a long way up)!

Following our nights stay in Townsville and a quick morning visit to the beach we stocked up on supplies and headed on along the road towards Cairns.

On route we stopped in a completely deserted town, Ingham which I can only describe as something you'd see in a cowboy's film. Dry, shack like and almost eerie. We'd been directed to an overnight stop which was a car park, literally! This was perhaps the only night or maybe one of two of which we felt like we weren't sleeping in a very 'safe' place. We cooked up some food and locked the doors for the night! It was sweltering in the van, each night we slept got shorter and shorter because we just wanted to keep moving. The only time we could use the air con was whilst the engine was running; so being stationary wasn't ideal!
The following day we stopped off at some local waterfalls to have a wash, I kept being very cautious around these areas as to weather the water looked safe to go for a swim in. I.e. were any crocodiles lurking. We'd only go in the water if there were other people swimming, it's not worth the risk in these waters to swim if nobody else was! My uncle has been to Australia a number of times and warned us about just jumping in. The rule of thumb here is that if it's deserted, there's a reason! It's not like the UK where people only generally visit the beach when it's sunny on a weekend; Aussie's are in the water everyday, so if they're not in the water, it's usually not safe.

After washing and splashing around in the waterhole to clean off, we continued our journey. We didn't really have any plans because there wasn't much around. We stopped in a much nicer camping spot for the night. Lots of other camper's and car's were pulled up for the night, BBQ's out and as a bonus it had showers, toilets and cleaning facilities. Ideal! That day we'd gotten two showers and the use of a respectable toilet, taps and finally all of our dishes were clean! We felt much more comfortable here. The next morning we'd decided to drive out and visit some more waterfalls as that's really all we could find around. Because the camp site was so nice we considered staying another night there, however it started to rain and we thought there's no point sitting around in the rain, so we continued north.

Driving the van in the rain was awful, it was a rear wheel drive which meant that at any corner, roundabout or slight turn could cause the back to slip out. We were driving very cautiously, in fact moving at about twenty miles per hour as we headed up a mountainous road. Uncomfortable, but determined that the top was our next stop and that the rain would clear for the morning so we could do some more exploring. Never the less being careful is one thing, but if another driver isn't doing the same then you can't help that.
Slowly we climbed our way up the side of the mountain road, almost half way up and the rain was shuddering down on our windscreen, the wipers on full blast, seat belts fastened and breaks at the ready; as we merged round a corner back onto the straight another car racing down the other side of the road, in fact in the middle of the road and slowly edging towards us closer and closer began swerving towards us. Without pausing for thought I grabbed the wheel and in natural instinct turned hard left away from the oncoming car. Fortunately as the off-guard police car approached us head on, I'd just turned enough that it hit the drivers side, blew out the back tire, smashed the frame on the inside of the van where all our belongings and beds were and sent us crashing into the crash barrier. The high pitched sound of the breaks locking up, skidding along the waterfall which was now the road, panic set in. Both of us screamed, we grabbed one another, thanking god that we were both okay. Climbing out of the window as the door was jammed we raced down the road to help the other drive, who's car had continued to skid towards the break in the barrier.
Thankfully we were all okay, shocked, shaken and scared but no life threatening injuries. The rain was still pouring, I was still wearing a bikini for god's sake! If only we could manage to get a phone working! Ha, there wasn't any signal silly.

Our first response was to try and call our parents. We didn't know what to do, we were stuck in the middle of Australia, half way up a mountain range, with no signal in the pouring rain, confused as to what we would do next and shocked at what had just happened, we waited around half an hour before a truck drove past, stopping to check we were okay, he said he'd get help when he got a phone signal; we had no clue how long that would take. Over an hour later an ambulance arrived, followed by a police car, a fire engine and two tow trucks. The emergency services rushed over, completely in ore that we were all still alive, they began questioning what had happened. Fortunately the police officer who crashed into us admitted at the scene that it was his fault.
The services mentioned that just last week a school bus of children died almost metres from where we were because the road is so dangerous, they'd gone of the edge. Our spines shivered. Relieved after hearing the story, we thanked god we weren't five metres up the road, because then we too would have been joining them.


After a long wait, we'd been taken with our written off van to the local scrap site. Relived that we'd finally found some signal, we dialled home as quickly as we could to let them know what'd happened. (And the ask what the hell we do about it!)

The men at the scrap yard were really nice to us, they understood that we were stranded and knew we were pretty young; they'd helped us arrange to stay somewhere and then they gave us a lift into Cairns as well. We were only around ten minuets away from Cairns now. Both relieved when we checked into our hotel (hostel) knowing we'd be staying there until the day of our flight. We unpacked and made ourselves at home.

We didn't want to waste the next few days left just because off our crash, admittedly we wasted one or two just bumming around the pool and catching up on some air-conned sleep. None the less we booked to go to the Aboriginal cultural park for a day, which was a great experience. Cheap too. The staff working there were super entertaining and friendly. We had didgeridoo lessons, boomerang throwing lessons, a spear throwing session and watched a number of performances which taught us a little more about the old age Australian culture.


We also did a giant swing which was super scary, visited Port Douglas in the pouring rain, spent time at the Lagoon in town and took a visit to the Night Markets. Our room in Cairns by the end was gross, it was like we were living in a squat. The fire alarm sounded twice in the time we were there; triggering the firemen to arrive in the middle of the night! Oh and we took a trip to the Great Barrier Reef, no biggy...

But the Barrier Reef deserves it's own post... (Read on)