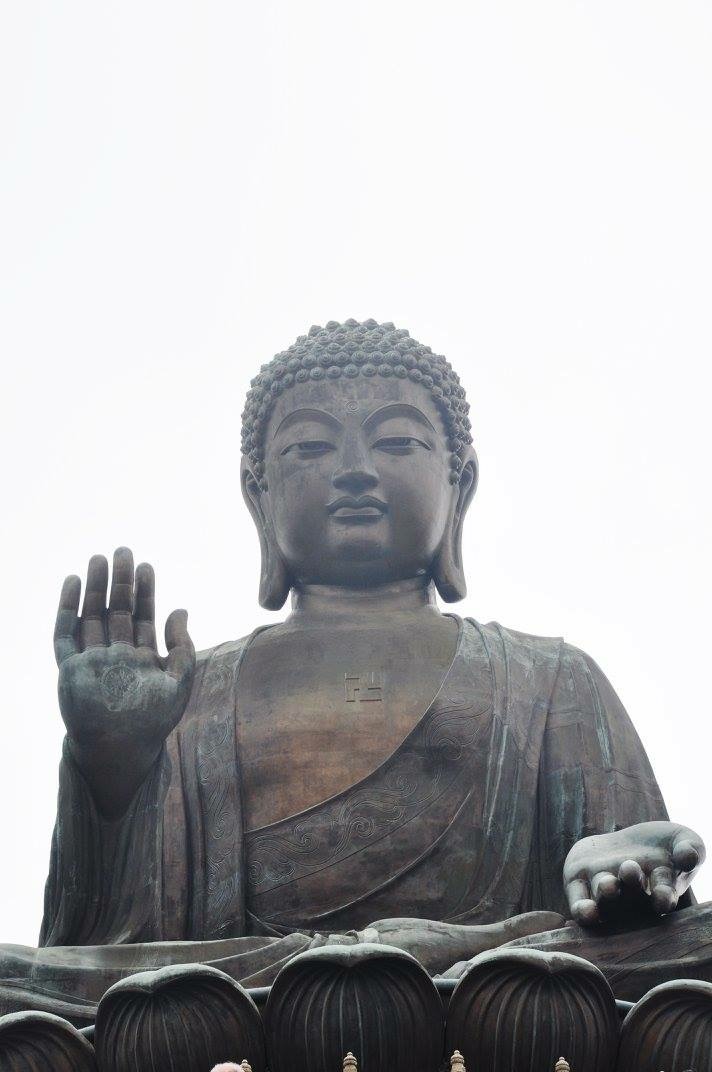 On arrival in Hong Kong my uncle and cousin collected us from the airport as we were staying with them. Little did I know that my family, who I hadn't seen in thirteen weeks were waiting at my uncle's apartment. We arrived at Scenic Villas, HK; greeted by the receptionist who remained of reception all hours of the day or night, we climbed a few floors in the lift and were welcomed into the apartment. My uncle and aunt were in on the surprise, so continued to give us a tour of their place, leaving the balcony where my parents and brother were located until last.

As I reached out to open the curtains my mother burst through them screaming and crying! My father followed and very much surprisingly my brother too. It was such a nice surprise to have my family there after so long of being away from them! The only thing missing was my pup! (Of course my oldest brother too, but he doesn't live with us anyways). After all the excitement we settled down for dinner. Many beverages, emotional tears and memories later we all hit the stack for the night.

Over the course of the week my auntie was our tour guide. Myself and Duncan felt slightly strange that we weren't having to figure out how to get around, use the busses or ask for directions. We didn't have to plan what we were going to see or do. Never the less at this stage we'd mostly run out of money, so it was grand that the bank of dad had turned up!

During our week's stay in Hong Kong we visited the Big Buddha, Stanley, Stanley markets, The Ladies markets, The flower markets, watched the lights show, walked past all the designer shops, took the tram up to the peak, went into town, had drinks out, dinners out, dinners in, went into Victoria, took the ferry over to Macau; where we visited the famous casinos and the indoor outdoors world and finally we took a trip to the beach! In Hong Kong everybody is very much squashed in, there isn't a lot of head space is how I'd describe it. None the less the transport systems are excellent, the ferries, trains and trams are well coordinated. Dare I say the busses are good.. maybe not there drivers...


The island is full of skyscrapers and in its own way pretty cool. Walking around we viewed Hong Kong in a completely different manor to anywhere else we'd visited as we were with family, which of course made our experiences different. But believe me Hong Kong isn't like the rest of Asia, it isn't cheap! The people and the services are very clean and coordinated. The building works are fantastic and surprisingly the overall the temperature isn't as hot / humid as you'd except. (If you'd just come from Australia, like us).


Our last stop was quickly coming to an end, I think time flew by quicker because we were catching up with people we hadn't seen for months. Hong Kong was a great way to round of our trip. Unfortunately for us my parents didn't change our flights home because they wanted it to be a surprise; which meant being on a budget Duncan and I still had a twenty hour flight to endure, whilst my parents and brother only eight! We flew Philippine airways, via Manilla which was crap and they flew direct Virgin. Fab for them!

On arrival back at London Heathrow we were welcomed by Duncan's Mummy and Pappa, they brought us banners and balloons, oh and a cheeky chocolate bar for the journey home! Driving out of the airport suddenly felt surreal, like our adventure was ending, I felt slightly lost because we weren't too sure what we were going to do next!

Until now...Watch this space for more travelling trips and tips...

Thanks for your subscribe and kind comments! Let us know if you ever make it to Boracay! Happy travels :D