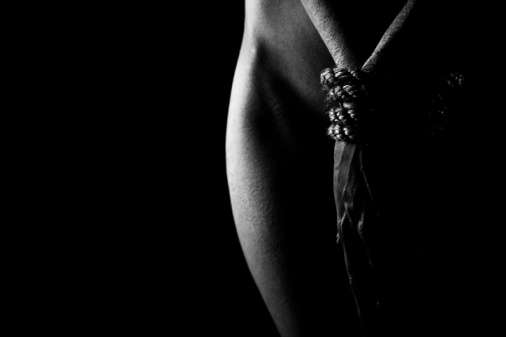 5 senses – sight, hearing, taste, smell and touch – five sacred elements that “Mother Nature” has gifted each and all of us to enjoy the delights of life from all possible dimensions.

Smell… just picture yourself a lovely morning: no noise from car engines, no voices of people chatting underneath your window, barking dogs and all the rest of sound effects of a big city life. The Sun has just smiled for the entire world, cupids, these little messengers of love, have prepared their bows and sharpened their arrows of amour, starting to look for new “victims”, and in all this morning bliss, what, actually, wakes you up is the smell of hot chocolate and a French croissant. No words can describe that sensation. It’s only the smell that can turn a morning into a miracle. Sight… it feeds us with visual orgasms every time we see something extremely beautiful or, at least, anything that arrests our attention for just an instant but stays in your mind for quite some time. Touch… Touch… Another touch… Touch is the most delicate sense out of all five. Quite often a tender touch weighs much more than thousands of words. On the other hand, touch is the cherry on top of the cake. How many times have you heard: “You can look but you can’t touch”? Now, I guess you know what I mean… Hearing… my favorite one, makes us to relish the beauties of Mozart, Beethoven, King Elvis, The Beatles, Frank Sinatra, Bob Marley, Jimmy Hendrix and System of a Down. Taste… wordless, just go out somewhere with your significant the other and pick a good Italian restaurant… Mama mia!!! It’s enough to open the menu and you start to salivate, just like the Pavlov’s dog on hearing the bell ringing. “Delightful! Marvelous! Splendid! Fantastic!!!” – That’s what you’re going to say after finishing all that you have ordered. Trust me, it’s going to be exactly this way. (An alternative version for that would be Chinese take away food – chop sue! Banzai!!!)

Yes indeed, it was a rather long introduction, however, take it as foreplay. As people say: “The more you wait for it, the more you like it”. In our sexual aspect the 5 senses play a rather important, not to say dramatic, role. It’s not a secret that many couples can know each other by their smell, touch, “taste”, voice and, of course, look. But, what happens when you restrict the bounds of one of the senses? Have you ever asked yourself that? Have you ever experienced that? Have you ever wanted that to happen?

Sense deprivation is one of the most popular fetishes among couples from all around the world. They prefer it to other sex techniques due to the fact that it is so unusual, different and odd to what they’ve seen and tried before but, at the same time, so thrilling, intriguing, pleasing and captivating. You can frequently see in adult movies, even those that are not labeled as BDSM, how people use blind folders, hand cuffs, rope, ball gags, and other accessories from the интернет магазин бдсм to deprive one or another sense. It is enough to deprive one sense and the rest of them suddenly sharpen and get in focus like four vigilant guards of your mind, body and soul castle. Once deprived, one of the senses, shares its potential among the four remaining. Now these four senses are concentrated more than they used to be in their normal state. Once one of the senses is deprived, the “pleasure dot” on your radar will only grow in size. Once deprived, a sense does not disappear, it stays and grows within you, enhancing every moment of pleasure with a drop of mystery.

Most preferable fetish fantasies and sex games are those which involve a combination of touch and sight deprivation. One of the partners ties up the other one and puts a blindfold upon his/her eyes. In order to create a more comfortable ambiance, you can light up several candles or switch on some music on the background. After everything has been prepared and settled, and the players are ready, it’s time for the game to begin.

Foreplay – the most important part in any game of your intimate relationship, women know that for sure, and the sense deprivation play is not an exception. Even more, a sensual foreplay helps both partners to relax and feel each other better. The density of pleasure during the foreplay, and the whole sex session in general, depends on your personal fantasies, imagination, desires and lover skills. That’s why more and more couples tend to use adult sex toys during their sex games.

Add vranje to your subscriptions feed