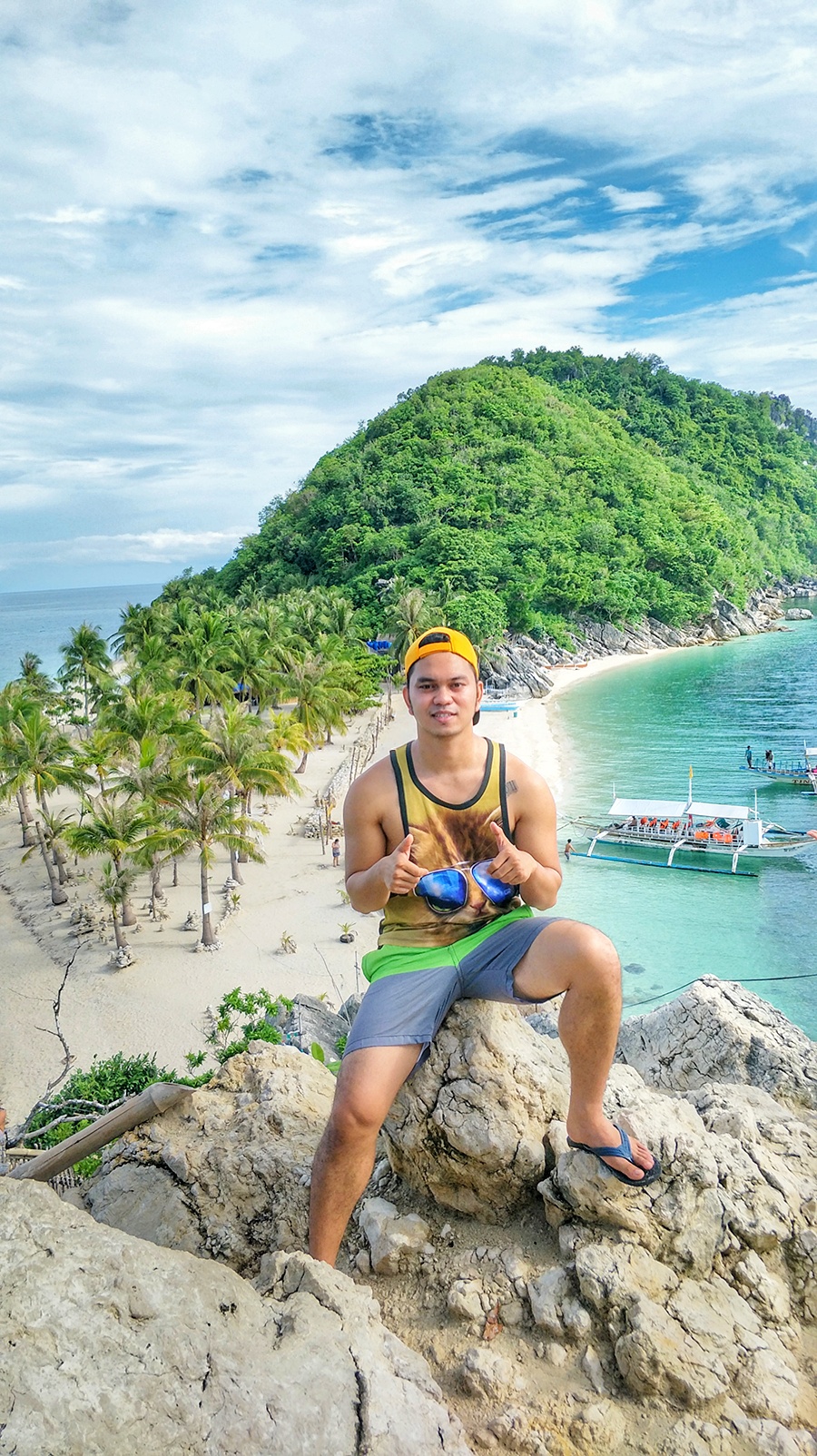 Exploring Islas de Gigantes (popularly known as Gigantes Islands) was originally not part of my priority travel goals for 2017 but since I was already in Iloilo City for a seminar, I planned to stay for the weekend and explore the place instead. As I tried to search for its details and information, I was fascinated with the photos I came across with through google. That heightened my interest to take on a weekend adventure at a very exciting place in Iloilo.

Based on my research, Islas de Gigantes is located in the northernmost part of Iloilo province in the municipality of Carles. Gigantes Islands are known for its beautiful islands and islets packed with crystalline-like beaches and panoramic views. I also learned that a lot of travel packages are offered in this destination. In my case, I availed the solo joiner package of Gigantes Island Tours and Services for 1,699.00 (2 days and 1 night, inclusive of food and accommodation). Upon confirmation, sir Rhett Paul Bolivar (the tour agency contact person) gave me the instructions.

From our hotel in iloilo City, I took a taxi that brought me at Tagbak Terminal in Jaro District (Van area). The van left Iloilo City at around 5:00 AM and arrived at Bankal Port, Carles, Iloilo (jump off point) at 8:30 AM. Van fare was 200.00. Upon arrival, I immediately went to the Tourism Center to meet the tour guide and for registration purposes. After which, I looked for a carenderia for my breakfast.

At 10 AM, we left Bankal Port via special boat trip.Travel time from Bancal to Gigantes Islands was approximately 1 to 1.5 hours covering 14 nautical miles. Our first stop was Pulupundan Island for some photo ops. Second stop was Balbagon Island (referred as Walang Forever island daw because only 1 coconut palm can be found in this area). After which, we went to Gigantes Sur for our lunch and checked-in at a fan room. Note: Please don’t expect for a spectacular accommodation. If you wish to be upgraded to an air-conditioned accommodation with private bath, you can approach the staff at an extra cost of course. In terms of foods, this is one thing that amazed me, they offer unlimited great foods such as crabs, scallops, squid, grilled fish, soda, chicken, and much more. Snacks were not included, so you may bring your own snack items if you are used to having in between meals. Coffee or milo can also be availed anytime and is part of the package.

After lunch, we went to the spectacular Tanke Lagoon, a natural salt water pool just behind Islas de Gigantes Sur. This is a popular spot for both locals and tourists to take a dip in its clear waters while marvelling at the natural rock formations and high limestone cliffs that surround the lagoon. Its 'hidden' location, and the mythical stories that surround Tanke Lagoon have only added to the popularity of the site. After a short dip, we went to Cabugao Gamay Island referred as the most popular and Instagram-famous among the different islands of Gigantes. For me, a visit to Islas de Gigantes won't be complete without a souvenir photo (selfie or non-selfie photo). In my case who is a solo traveler, I made an arrangement with one of the tour guides named Rj. I was very lucky to have him as my official photographer coz I think without him, my shots might have been all garbage (hihihihi).

Bantigue Sandbar was the next stop of our tour. As soon as our boat landed, everyone jumped out of the boat and started taking pictures at the long stretch of sandbar. Next was Antonia beach which has its gigantic rock formations. Those rock formations are found in different parts of the beach that compliments the island and makes it a picturesque site. Last stop was the Puting Baybay Gamay. It has white sand beach and is ideal for beginners' cliff diving.

After the whole day adventure, we went back to Gigantes Sur to prepare for the evening activity. Right after our sumptuous dinner, we decided to look for videoke house for bonding with fellow travelers and enjoyed the rest of the night (Thanks to the tour agency staff who assisted us in finding very accommodating owner who provided us with electricity from the genset as brown-out disrupted our fun and enjoyment at an early hour).

Our Day 2 was welcomed with the news of a possible bad weather due to LPA. Hence, before taking our breakfast, our tour guide inquired if we will take the risk and are still interested to visit the remaining two sites (Bakwitan cave and Gigantes light house). In response and because of fear, we immediately informed the tour guides that as soon as we finish our breakfast, we will leave the island. So, at around 9:30 AM, we were already at Bankal Port, town of Carles. Upon arrival, we looked for a van that would take us to Iloilo City. Considering the untimely conclusion of the Islas de Gigantes adventure, we then decided to visit Garin Farm at San Joaquin, Iloilo. Thats the end of the island-hopping adventure. â˜ºï¸

For those who will be asking, available tour package rate (2 days and 1 night inclusive of foods and accommodation) are the following:

Add thewanderingsoul to your subscriptions feed