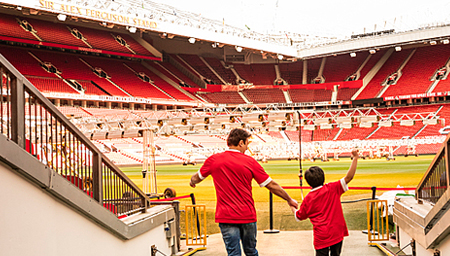 The Big 12 has provided the nation with several of the very best and most powerful college football teams this season, so it comes as no surprise that the Big 12 Championship football game will be something marvelous to behold. And better yet, who will win the game? Someone to write my essay about football this is exactly the opinion that real fans of the game will not have. Here are some of the teams with the best chances of winning the Big 12 title, and thus, the teams with the best chances of securing a BCS Bowl game bid.   Missouri
Wondering why Missouri is our top choice to win the Big 12? Getting to the Big 12 Title Game is the most important factor in winning the game (you can’t win it if you’re not there), so after eleven weeks of college football, the Missouri Tigers have the best chance at making it to the game, and thus, a better chance of winning the game than any other team- including undefeated Texas Tech. The Tigers are 8-2 overall with a 4-2 conference record. Their next closest opponents in the North Division of the Big 12 are the two 6-4 overall (3-3 conference) teams, Kansas and Nebraska. With only two regular season games ahead of them, Iowa State on the road and Kansas at home, Missouri would have to have a monumental breakdown not to make the Big 12 title game. Once there, they have a decent shot of upsetting the South Division winner, whoever that might be, because of their offense, which ranks 6th in the nation in overall yardage and fourth in the nation in passing yardage. While Texas Tech gets all the hype, Missouri is no spring chicken when it comes to putting points on the board. They have the fourth highest points per game average at 45.1, right behind the No. 3-ranked Red Raiders (47.9). Which brings us to…

Texas Tech
The Red Raiders will probably field more wagers to win the Big 12 than any other team in the division. And why not? They’re the No. 2 overall offense in the country, they beat then-No.1 and division rival Texas in a shootout a couple of weeks ago and then put up 56 points on a then-one loss team, Oklahoma State, last weekend. They look pretty unbeatable right now, so barring any unforeseen injury to either quarterback Graham Harrell or future NFL receiver Michael Crabtree, the Texas Tech Red Raiders are a very good bet to win the Big 12. The payout you will get from picking this team in a futures bet, however, is probably not as god as you’d see with Texas, Oklahoma or Missouri.

Oklahoma
Oklahoma plays Texas Tech this next weekend in what should be another dandy of a game. The Sooners can win the South Division title with a home game victory over the Red Raiders, landing them in the Big 12 Championship game. It all depends on the next game. If the Sooners can pull it off, they could see their name on Big 12 Championship football tickets this December.

Texas
Texas barely lost to Texas Tech the week before last, and with just one loss in conference play so far, they could still get the top spot in the South Division. Of course, that would mean that Texas Tech would have to blow at least one of their last games (preferably to Oklahoma), and then have both Oklahoma and Texas Tech lose their last regular season games. If you’re looking for a long shot, Texas is your team.

Add Mandew to your subscriptions feed