A Funny story on our way to Varanasi

A Funny story on our way to Varanasi 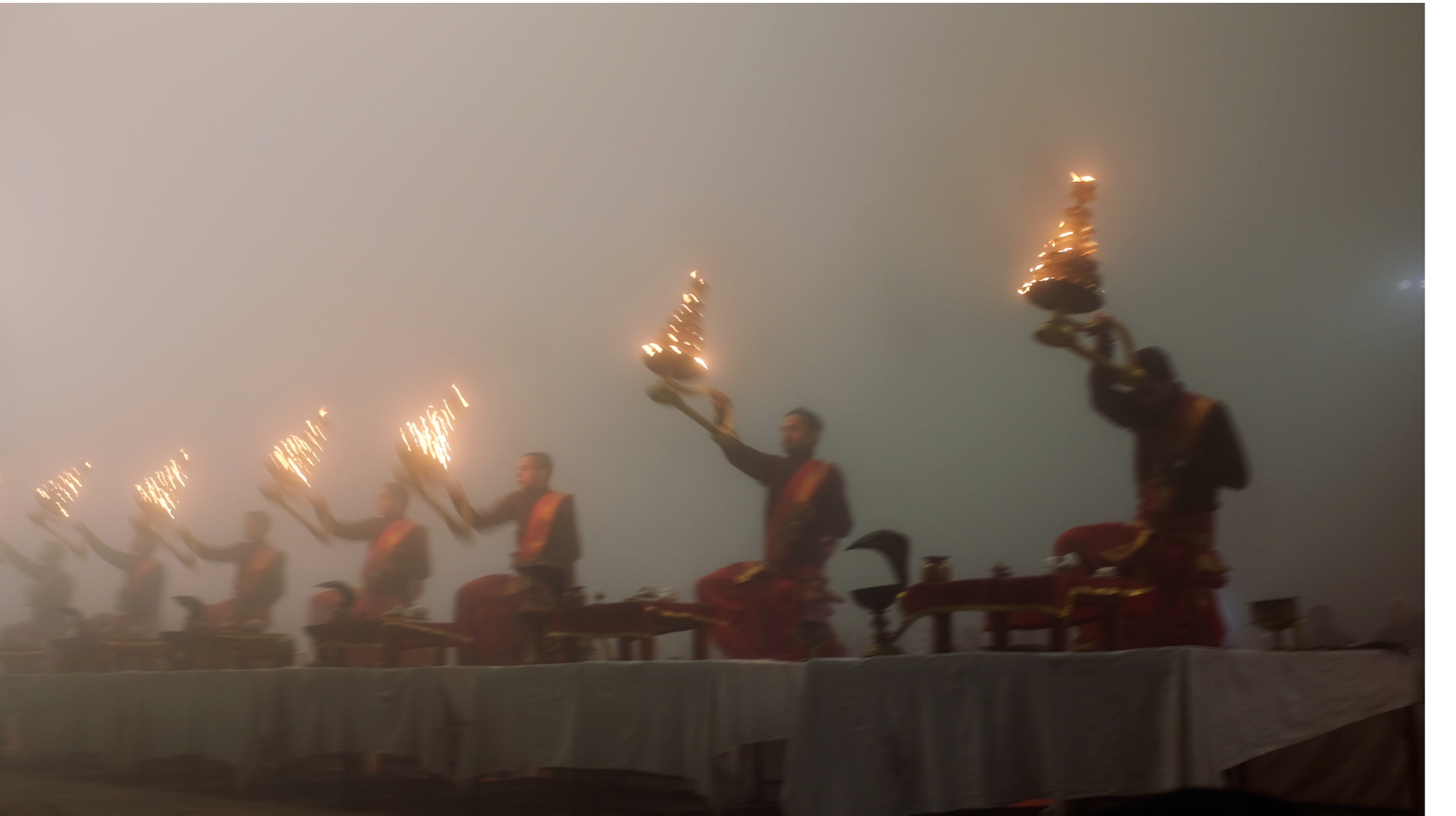 After 5 days of adventure in Hampi we decided to book a flight ticket from Hyderabad to Varanasi.To get to Hyderabad, We booked a night bus from Hospet to Hyderabad (380 km away;which is an 8-hour travel). It was pretty cool to actually be on a night bus where there are double deck beds. Unfortunately for Rob, who is 1.99 meter in height, the bed was a little bit short for him.The only concern I had with this particular bus is that there is no toilet inside. Let me tell you a funny experience I had during my night bus expereince.It was when the driver shouted "toilet break" and I was so relieved because I was holding my bladder for about 2 hours already. The moment he said toilet break I immediately put on my shoes and head out. When I was already outside, I saw a little restaurant who served hot chai for the passengers. Naturally, I thought that the toilet was inside the restaurant. I said, "toilet"? I even had some rupees in hand, in case I have to pay for it. I thought to myself "oh,nee" when somebody in the restaurant said "toilet not here,it's there" and he was pointing to an empty lot with some gravels and stuff. And I said to myself, what the heck, go pee in that empty lot or pee in your underwear in th bus (LOL). So, I was left with no other choice but to go and pee in the empty lot. Fortunately, it was dark and  late that nobody will notice you aside from those who were also doing their thing there,hahahha. I just covered my face though.I was definitely laughing at myself when I went back inside the bus.Oh India has truly offered me a lot of exciting and funny moments.

After almost 8 hours of bus ride, we arrived early in the morning in Hyderabad bus station. We tried to look for a room to stay for a few hours before we hop on to another bus to head to the airport. But we couldn't find a room who offers a half day stay. So we just grab some Masala Dosa (A stuffed dosa. The two parts are the dosa and the stuffing. The dosa is made in the usual way by soaking rice and lentils overnight in water and then grinding it to a batter. The stuffing is made from boiled potatoes with a seasoning of mustard seeds and garnishing of grated coconut, coriander, and lemon juice) and chai near the bus station. After eating some dosa and drinking hot chai we headed to the bus station.It was good luck that we weren't able to find a place to stay, because the bus to the airport departs hourly. So if we did stayed in a room, we'll not catch the bus on time and we will definitely miss our flight.

It was a bit of a break and a luxury for me and rob to fly with IndiGo Airlines from Hyderabad to Varanasi after those long and tiring bus and train trips.It was a 2-hour flight from Rajiv Gandhi International Airport,Hyderabad and when we arrived in Varanasi it was already dark. We walked outside the airport and found a taxi who took us to Gautam hotel in the center of Varanasi. We paid 600 Rupees for the taxi and 1000 Rupees per night for the hotel. We didn't expect Varanasi to have a cold temperature at night and we did not have thick jackets on.We were cold and tired from the journey that me and Rob ended up going down with a flu. Because we arrived late, only few restaurants were opened. Luckily, we found this nice, busy and cozy place, few minutes away from our hotel. When we went inside, there were a lot of locals and few tourists eating. And by the looks of it, I think we will have a good dinner. We ordered a vegetable Thali which was pretty big for me and Rob ordered some cheesy Risotto. It's a multi cuisine restaurant which offers different kinds of Indian food, and western food but without meat (unfortunately for me who has been craving for some meat already). The food is good,the place is clean and you have your own waiter assigned to you too.

After our dinner, we head back to our hotel to get some good night sleep. And tomorrow will be another day for exploring VARANASI.

More of Varanasi on the next blog.