The Holy City of Varanasi

The Holy City of Varanasi 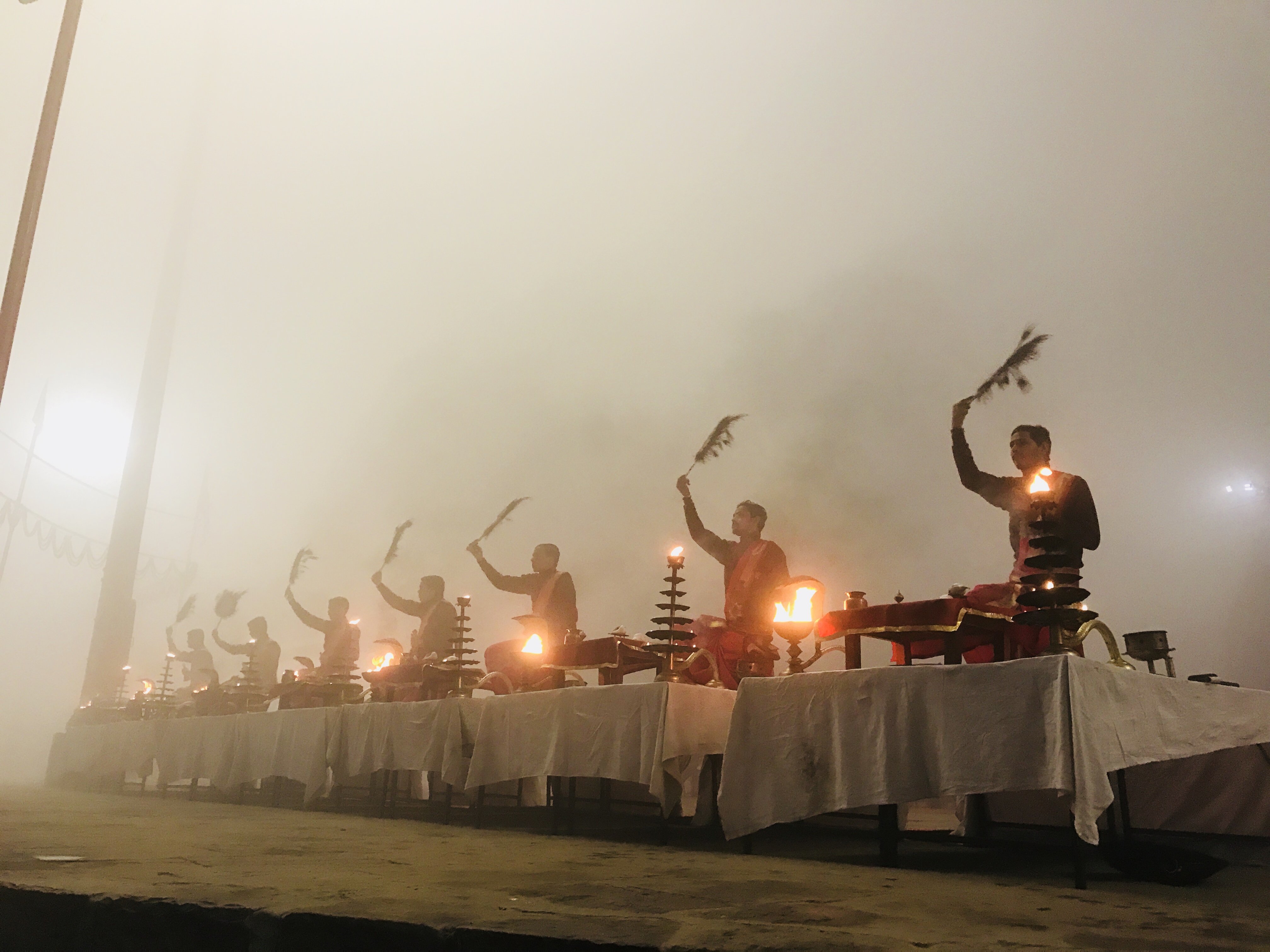 VARANASI which is also called "Benares", "BAnaras", or "Kashi" is a city located along the banks of the Ganges River. Because Rob and I we're geographically ignorant we never thought that Varanasi which is located in the North of India has a cold temperature. I, personally, because India is in Asia thought that it would always be warm, a little bit cold in the evening but not as cold as I experienced. So guys, next time you visit places North of India, be informed that it is a bit cold there specially at night time.

Varanasi is considered to be the holiest of the Hinduism and Jainism cities in India and also played a major part in the development of Buddhism. It is known worldwide because of its wide arrays of "ghats". Ghats are series of steps leading into a body of water. And in Varanasi's case its ghats are made of stone slabs leading to the GAnges River. This is where the Hindu rituals are being held. Varanasi has a total of 88 ghats. Some of them are used for the puja rituals, two of them are for cremation sites and some are bathing sites. When we stayed near the ghats, we were just in time for the daily and nightly pujas that has been going on along the ghats. Pujas, are Hindu religious rituals done to host, honor and worship deities or to celebrate something special. This can also be done to honor a distinguished person or their memories after they die.This is a form of offering to their gods and receiving blessings in return. These rituals can be done at home, or in a temple, during a festival or when starting a new venture.

This is one of the pujas that we witnessed in Varanasi. Just few steps away from our guest house, when darkness starts to engulf the sky this ritual starts every evening when we were there at around 6:00 PM. This is an offering to the Ganges River, Lord SHiva, The sun, Fire and the whole universe.This is celebrated by young brahmin priests dressed in puja attire.There is a lot of incense smoke, fire, loud clanging of bells and chanting making the ceremony mesmerizing to watch.

In the morning, As we walk along the ghats we noticed how they differ from each other. Some ghats have buildings which are painted in different colors. In some you can see people washing their clothes and laying it on the ghats to dry. As you walked further from the Assi Ghat you'll notice the smell of burning dead bodies and that's when you realized you've reached the cremation sites. Hindus believe that death in the Ganges river will bring them salvation, that is why many Hindus bring their dead here for cremation.They also believe that this will release the spiritual essence of the body so that it can be reborn. On these ghats, the site is a bit somber, you can see pile of big woods, ashes and smoke.During cremation ritual, taking photographs is strictly prohibited unless you do it discreetly and a distance away from the ceremony.In some ghats, You can also see some people bathing in the river. When you know how the river look and smell, you will definitely ask yourself why are they doing it. This is because the Hindus consider the water of the Ganges river holy and they believe when they take a dip in these waters that their sins will be washed away. But because of the current state of the Ganges river, fewer people are now doing it.

We stayed at the SAHI RIVER GUEST HOUSE along Assi Ghat. The guest house offers you a home stay experience. Their rooms are big and clean with big toilet and bath inside. They also have a balcony overlooking the river where you can eat your meals. Because we were not feeling so good for a few days after we arrived in Varanasi, we were happy that we found a nice place to stay and relax.They also served free breakfast meals.So we do not have to spend too much on food. Along the roads of Assi ghat and further into town, you can also discover that there are a lot of restaurants who caters to different people. There is vegetarian and non-vegetarian, Indian and western food. I was so happy we were able to find a place where they served chicken tandoori.

It was an interesting experience witnessing and understanding how they worship and honor their gods and how they see death and the after life.

What was also a different experience for us, specially on my part was that I celebrated for the first time Christmas eve away from home to a place where Christmas is not that much of an event. It was a bit sad for me when you know how Christmas is celebrated in the Philippines. Luckily, we found this place on a rooftop who was celebrating Christmas. They had a little Christmas tree and Christmas lights.And there was a band who was playing Christmas songs. It brought tears to my eyes, I was so happy and sad at the same time,missing home. But spending the Christmas season with Rob is also very special for me, home is where your heart is.Rob is ook my home.

India has shown me a lot of things already, some were a bit shocking, some were unexpected. India is indeed a diverse country. I wonder what awaits us in our next destination,in AGRA, the city of the TAJ MAHAL.

Hope you enjoyed reading this and if you do don't forget to click the FB icon and share it to your friends.Thank You!!!


Add lesliesharmane to your subscriptions feed

It brought tears to my eyes, I was so happy and sad at the same time,missing home. But spending the Christmas season with Rob is also very special for me, home is where your heart is.Rob is ook my home. slope game 3d