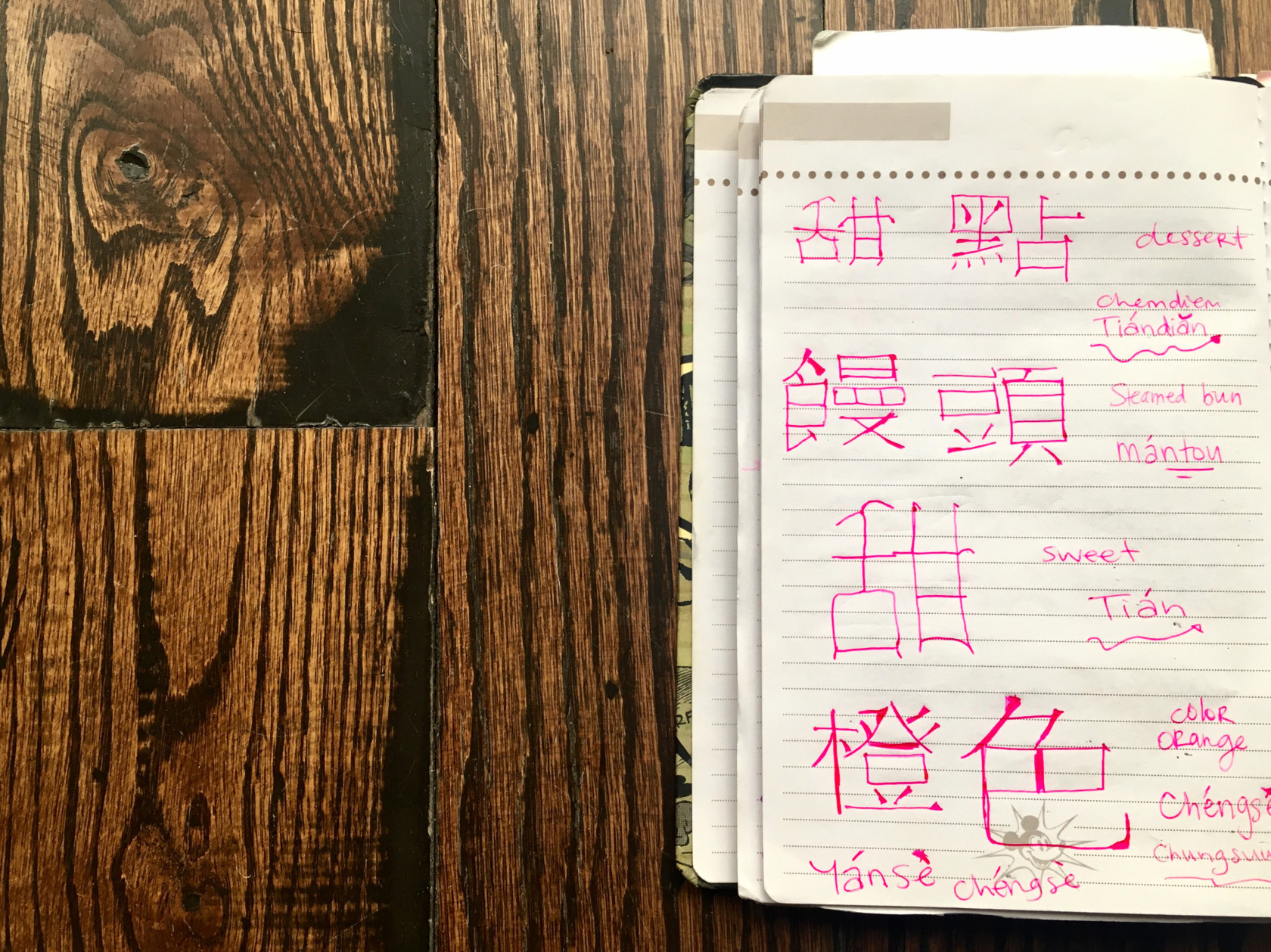 Since when did menus become children’s illustration books in a foreign tongue? Answer: as soon as I visited China. Typically we pointed at a picture and hoped to enjoyed the taste of the meal that made its way to our table. Soups and steamed buns tended to be the riskiest roulette, because there was no way of knowing what ingredients were contained in its deceptively humdrum appearance. Travel and cuisine. The two go hand in hand. One of the biggest questions a traveler is greeted with is, “What’s the craziest thing you’ve ever eaten?”

Many of the foods that have expanded my palate’s horizon come from the six weeks I spent living in Guangzhou, China in 2011. Fisheye soup, chicken foot, duck beak, and the occasional rough translation advertising entrees like, “Close as flesh and blood.” After sampling a plethora of small portions at a Dim sum buffet, (the Chinese equivalent to tapas), my friend and I were hooked on Ming’s Kitchen and their phenomenal Liquid Sand Buns.

Dessert. Steamed bun. Sweet. Color orange.
<<Meat. Cow. Salty. Color brown.>>
Chances are –  the latter description is not going to get you a New York Strip anywhere in the USA. Likewise, our desperate attempts to get the ‘Liquid Sand Steamed Buns’ ANYWHERE in Guangzhou, were all exercised in vain. The reality of the situation: Ming’s Kitchen closed two days out of the week. Noelle and I were those girls who approached anyone and everyone who made eye contact with us… pointing to my journal jottings and hopelessly stating and restating in poorly pronounced Mandarin. Within days of arriving, the two of us had become addicted to the golden orange puffy pastry that oozed buttery brown sugar goodness from its center. I wondered why the Chinese celebrated my chubbiness when it essentially gave me an American-influenced anxiety attack.

I quickly learned that the Chinese value highly physical exercise, though they admired my double-chinned smile and full faced wrinkled expression of joy. Walking through the park of the celebrated Goat Statue, we sauntered into a section where people gathered to participate in Jianzi, or Chinese hackysack.

It was both educational and entertaining to be amongst an entire group of individuals who used this object resembling a badmidton to engage in physical and communal activity. I loved learning how the Chinese people incorporated aerobic exercise into daily life in a way that also allowed them to visit and connect with family and friends.

Just last week I was at a park in Denver when I noticed, just forty feet away from the tree-house style playground, there was an outdoor exercise facility. Immediately I was transported to the grassy blocks of the University City in China I had grown to love. Refreshing walks at sunrise reminded me that there were people who were dedicated to the martial arts and preservation of the physical activities.

I appreciate every moment and take-away I get from the countries I visit. Another one of the tricky questions we get as traveler’s are… “What’s your favorite country?” My most common response is, “I have favorite things about each place I’ve visited…”

Loved this insight into your trip! Did you ever find out what the name of the buns are? I'm visiting Guangzhou this summer and would love to try them out! Thanks :)