Cebu, Philippines: Where I left my soul

Cebu, Philippines: Where I left my soul 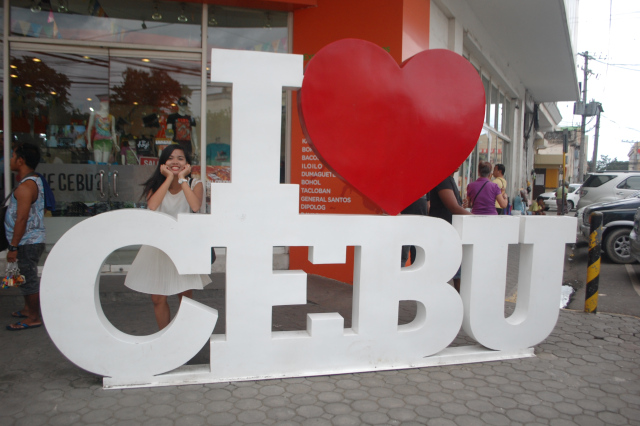 
That’s why when I found a seat sale from Cebu Pacific, I opted to book a flight for Cebu in September 2015.


My Cebu travel was good for 3 days and 2 nights. Of course, I asked my friend, also my travel buddy (Frecy) to go with me since we both had been dreaming to visit Cebu. However, since we were aiming for the cheapest flight that we could get as much as possible, we chose a different flight. We didn’t know but it was really okay for the two of us because it would be our first time getting on a plane alone.

After six months of waiting, we were finally flying to Cebu. I was the one who made our itinerary since I was the first one who’d be arriving in Cebu. With that, I was able to explore Cebu City on my own. I was so proud of myself that I got a chance to get to the places alone. I didn’t imagine that I could do this.

My first stop was the Ayala Center Cebu. It was really big and looked great! Then, I rode a cab again going to our hotel. We checked in to Robes Pension House. The pension doesn’t have an elevator so I need to use the stairs in order to get to the fourth floor where my room is. Since Frecy would arrive in the evening, I took the chance to go sightseeing in Cebu City which is very near our hotel.

(I actually had a momentary urge to laugh but I didn’t. I was just so glad because the people there were so nice!)

It felt so awesome to witness the historical landmarks of Cebu City.

The next day, we decided to go to South Cebu. The first thing we did was the Whale Shark Watching which can be done in Oslob. Then, we went to see the Kawasan Falls. I was completely amazed because of the crystal clear water of the falls. After that, we decided to go to Moalboal Beach. Finally, we stayed in Badian and spent our night there till morning.

On our third day, before we went back to City, we went to Panagsama Beach first. We stayed there for a few hours and had finally decided to go back in Cebu. It took us almost four hours to go back to the city.


We headed to the Heritage of Cebu Monument. The next thing was, we went to Pasalubong Center to buy some food and whatever we could bring to Manila.

After that, we went to see the Taoist Temple. While we were on our way, we were able to talk with the locals on a jeep. (They were really approachable.)

I have found that the Taoist Temple is one the picturesque sites to visit in Cebu. It is peaceful and solemn.


We also met a korean guy who was on his way to Taoist Temple. He nicely approached us and went there with us the whole time.


Then, we rode a cab again and went to CNT Lechon. However, they said that the Cebu lechon was already sold out so we weren’t able to try it. We had just decided to go to SM City Cebu (which is known to be as the fourth largest mall in the Philippines.) We had dinner then headed to the airport straightaway.


While we were in the taxi heading to the airport, I was feeling so emotional leaving this wonderful place. It was just a 3-day trip but I felt heartbroken. It seemed that I became too attached to this place unconsciously.  This trip was a memorable one indeed!

Cebu has always a special place in my heart. I can’t wait to go back for real!!!

Add Ara to your subscriptions feed