Silay City - where life is sweet and the past is forever

Silay City - where life is sweet and the past is forever 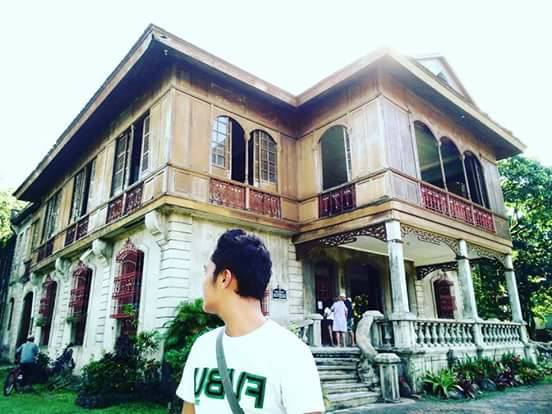 We learn and draw from our past. In Silay, the past comes alive in the architecture and fine craftsmanship of its ancestral homes. These jewels continue to inspire awe and imagination to whoever enter their doors. A confluence of foreign and local ingenuity, these palatial dwellings tell the tale of an era made sweeter by the sugar produced and the colorful life lived.

Build between the late 19th century and the pre-war years, 29 surviving ancestral houses were identified by the national Historical Commission as national treasures. Because of this, Silay City was dubbed by travel writers as the "Museum City". In 1997, the Department of tourism declared Silay City as one of the Philippines top 25 tourist destinations.

Three of these stractures, The Balay Negrense (Don Victor Ancestral House), Don Bernardino Jalandoni Ancestral house and the Manuel Hofeliña Heritage House were converted into museums, providing us glimpses to a once glorious past - a past worth revisiting.

History
Founded in 1760, Silay evolved from being an old Spanish settlement. Migrant families from Iloilo gave vigor to Silay, making it an important commercial and agricultural settlement during the Spanish era. In 1846, cultivation of sugarcane led by Yves Leopold Germain Gaston made the town prosperous. November 5, 1898 played a significant role in Silay’s history. Sugarcane workers attacked the Spanish garrison and made the Spaniards surrender peacefully. It was a bloodless revolution. The Philippine flag was raised for the first time at the public plaza. Silay, famous for its artists and cultural shows, became the “Paris of Negros”. Kahirup Theater was the center of these activities. Jose “Pitong” Ledesma, a Silaynon pianist, conductor and philanthropist was one of those responsible for inviting operatta and zarzuela performers from Europe. Silay is the second town in Negros Occidental to become a city on June 12, 1957.

Silay is known as the “seat of arts, culture and eco-tourism” and is recognized by the Department of Tourism as one of the top destinations in the Philippines.

It is the site of an airport of international standard that is now being constructed and will be operational by 2007.


How to Get There
Silay City can be reached in 15 minutes by private car from Bacolod City. Public utility vehicles plying the route abound and can reach the city at the same time. Silay is the site of the new airport of international standard. Traveling to the city is made easier by its four-lane highway.


Location
Silay City is bounded on the west by Guimaras Strait, on the east by Marapara mountain ranges, on the north by the Municipality of E.B. Magalona and on the south by the City of Talisay.

Famous Landmarks
San Diego Pro-Cathedral is the only pro-cathedral outside of Metro Manila. The church has a dome that resembles St. Peter’s Basilica in Rome. It was built in 1920 & designed by Italian architect, Antonio Bernasconi.

Steam Locomotives at Hawaiian Philippines Co. or known as “Iron Dinosaurs” are among the oldest in the world.

Balay Negrense is the ancestral mansion of the Gastons that was converted into a lifestyle museum showing how sugar planters lived at the beginning of the century. Museum is open from Tuesday to Sunday at 10:00 a.m to 6:00 p.m. Cinco de Noviembre Street Tel. No. 4954916.

Bernardino-Jalandoni House (Museum) was built in 1908. It is a perfect example of the affluent Filipino house of the late 19th-early 20th century still influenced by the nipa hut, and built smack by the side of the street since motor vehicles were still non-existence to smog the place. All items on display are authentic period pieces. It is located at Rizal Street with Tel. No. 4955093. It is open Tuesday to Sunday from 10:00 a.m. to 6:00 p.m.

Hofileña Ancestral House, the first house in the city to be opened to visitors. It is the repository of the private art collection of Ramon H. Hofileña. The exhibit includes the work of top artists in the country.

Silay City Park is a garden complex that features a children’s park, a fountain, a basketball court, and a family lane. Back in 1951, the old Silay Plaza was adjudged the “Most Beautiful Plaza in the Philippines.”

Friendship Shrine is a memorial to the heroism of World War II veterans.

Cinco de Noviembre Marker is located on the site formerly occupied by the drug store of Leandro Locsin. The place served as the secret meeting place of the leaders of the 1898 revolution. A bloodless revolution against Spanish authority in Silay took place on November 5, 1898.

Patag Valley is 32 kilometers east of the city. It was the stronghold of Japanese Imperial Army in Negros during the Second World War. It features underground tunnels and war artifacts.

Mangrove Canopy. It is a romantic promenade featuring mangrove conservation and a perfect view for sunset at the horizon.

Hometown Delicacy Barter Trade is situated at the west entrance of Silay Public Market #1. Delicacy makers spread these delights for snack sellers to be distributed in other town and cities.

Shia Quran Memorization online Program is launched by our organization.

Our Shia Quran Memorization Online program emphasizes the importance of memorization of the Holy Quran.

we motivate kids to memorize the holy Quran by joining our Shia Quran Memorization for kids program.

Shia Online Quran Memorization Is not like any next-door program. It is unique due to a lot of certain reasons.

Why not settling on games that is fun and at the same time your earning. Well it'll make suspense because of the game as well but dude just try it and it gave me hope while pandemic is real rn. CHASING LOSSES IN BACCARAT: HOW TO AVOID MAKING COSTLY MISTAKES