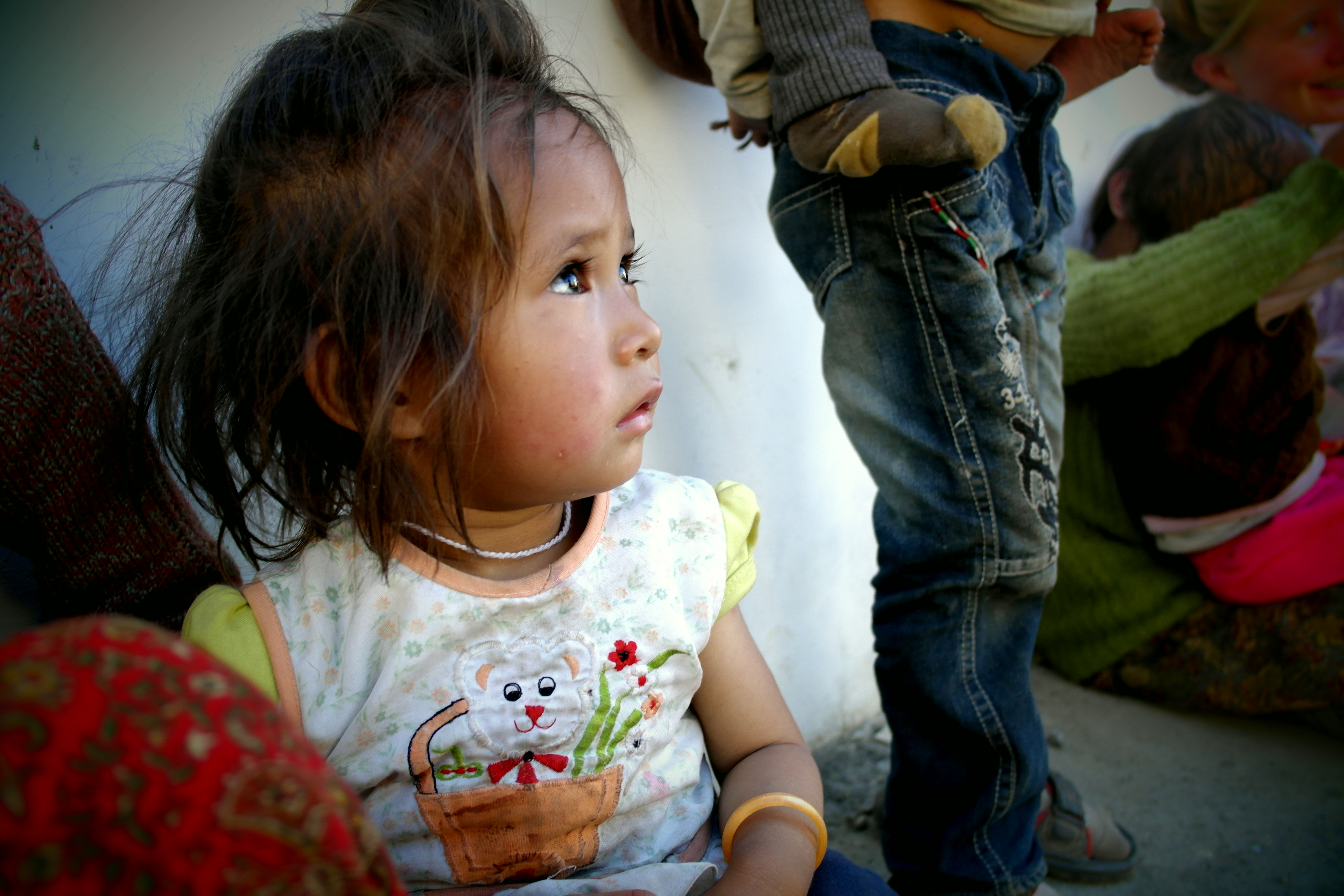 42 Degrees Sticky, Hot and over whelming. This is where it all began.

For the first time ever I'd travelled outside of the European border, into Asia on what was to be my second flight ever. Besides a short hall flight earlier that year; female, aged 14, exhausted at the thought of my first long distance expedition, ecstatic but ohm so nervous!
I was among thirty or so other school companions. Myself and one other of the youngest age whilst the others in the year above. We were all terribly young and naive. No idea what we would be faced with upon landing in Delhi, we braced ourselves and quiet rightly too.

We'd be fundraising hard for over eighteen months to make a grand total of £4500 each in order to embark on the 21 day Bull expedition with Bohunt School. Many others had previously flown and travelled widely with family or friends, but me not so much or not at least to somewhere like India. On departure of Delhi Airport, I was stunned at the dirt track 'streets', the families begging on the road side, people with no legs, cows being given right of way between the road traffic consisting of Tuk tuk's, cars, bikes, van's and three- wheelers all pilled with far too many passengers in, on or however they fitted onto the moving vehicle. But by a clear mile what remains in my memory to this date is the shear colour, creativeness and explosive chaos which Delhi has to offer...

We visited the 'Red Fort', the Old Fort and some of Delhi's other temples, markets and sites to see. After a short pit stop in Delhi we'd barely unpacked before it was time to move on.

Manoli
Post eighteen hour dodge coach journey endurance we finally stepped foot on some Himalayan soil... (Well sort of!) We'd arrived in the foothills of the Himalayas, where we'd spend a few days acclimatising to an altitude of 2000 meters. We stayed in the Sunshine Inn.
The colours, the taste and the beauty of Manoli was truly quiet something else! Leaving the mugginess and humidity of Delhi behind, the rolling hills of the Himalayas stood before us. Waking up in the mist, watching the clouds clear and unveiled the mountains range, so vast, so peaceful and fresh whilst the gorgeous town of Manoli sat quietly on the other side, a glowing green grasslands allowed them to flow effortlessly into one another.
Here we had time to explore, prepare and relax before embarking on our trek in Spiti Valley.

On the 20th of July 2013 team Pavery set off to embark the 8 hours of travelling in a rickety Indian jeep over the torturous and rather hairy Rohtang- Pass!
Following an uncertain and uncomfortable night’s sleep we woke early and began our journey, a personal challenge both mentally and physically for most of us. It was time to discover things about ourselves that we'd not been faced with before.
A group of teenagers working towards a summit of 4500 metres in the Spiti valley, strolling passed glaciers, a team of thirteen, twenty mules, two guides and two team leaders, one of Bohunt's finest and one of Bull expeditions greatest! This was it, this was our true test of endurance and for me it was the experience which built me!

Trekking - Base camp to Summit!
It took us 28 hours to reach our summit of 4700 metres over the course of 4 hard, long days!

Whilst trekking across the Spiti Valley, it became apparent to me what kind of person I wanted to be. I'd heard people say to me 'You'll find yourself in the mountains', but I never really believed in that sort of thing. Until that moment.
The crisp, fresh air which hits you in the face as you peeled open the tent door in the morning, watching the sunrise over the valleys and literally seeing the mountains wake up in the morning right in front of your eyes is quite something! Feeling the blazing heat as the valley warms to the morning sun until it peaks at a sweltering temperature by midday, scrambling over the lose rocks until you finally get high enough that the beauty of this world just slaps you in the face. I thought to myself this is who I want to be! This is the moment I have worked so hard for over the past eighteen months, the moments which I never thought I'd see myself doing or even see myself being anywhere near to where I was standing in this moment.
We'd passed through Spiti valley, Batal base camp, trekked to glaciers and now I was standing looking over 'The chandertal lake', one of the most breath taking views I'd ever seen; The cold air surrounding the freezing waters, swept you of your feet and took your breath right out of your mouth. I finally felt free and completely happy with myself so I decided to brave the icy waters; personally looking back I'm so pleased that I did it, but in the moment it was a completely stupid thing to do, seen as the water was minus 2! I didn't last longer than about thirty seconds none the less.
We had our last big super before prepared by a Himalayan mountain chief who was walking with us before preparing for our last night before the final summit.
An early start, a huge breakfast and some warm clothes had us on our way to the summit! We trekked for the last 4 hours of our journey, and finally we saw the prey flags which illuminated the mountainside. From miles back we could all see the summit of which we were so desperately aiming for! It was like a time blast as we approached the flags, complete silence apart from the wind, and the gentle sounds of prey bells sounding!

I had achieved what I thought was the unachievable, something entirely bazar in my thought processes but from the moment I wrote my name down on the entry paper for this expedition to the moment I was stood at the top of a mountain, overlooking the most incredible mountain range in the world, I knew that this was what would make me, me!

We journeyed onto the small village, ' Lower Mane'. A very remote community in the lower region of the mountains, where by we would be helping in the seasonal pea harvesting, bringing gifts to the local children and helping to redecorate their school!
For me this was an emotional week, something I never thought I'd find myself doing. I never thought I would see what I saw or react in the way that I still do today looking back.
The children in this remote village still lived in houses which had straw roof's, with little but pea's and crops grown by themselves of neighbours! Next to no money, no electrics, no toilets absolutely nothing! But these were the happiest people I have ever met in my life! Nobody had anything, but yet everyone seemed to have so much; it was a truly fantastic experience.
We spent the week painting and scrubbing the local school, playing games with the children and helping on the pea harvesting fields. What these people do day to day is unbelievable and in the blazing heat without any complaints. They cooked for us some local food, whilst they told us stories, danced and played! Our week flew by so quickly and soon our time with these incredible individuals had come to a sad end. A 3am start and we were off in Jeep's for a long journey back into Manali for some rest and recuperation.

Our two day stop passed over quickly, next thing we knew we were onto the last part of our adventure. Our time to have explore a little more...
We followed the Golden triangle route, Delhi, Agra, Jaipur! Enough said the Taj Mahol was just like the pictures; completely picturesque, Jaipur had so much colour, so much energy and so much craziness whilst Delhi was the place it all started!

In every place which was explored in India each and every one had so much to offer! So much to explore and so many amazing people living in each community, each with a story to tell!

India was a truly amazing, life shaping experience for me, a fourteen year old girl built in a beautiful country. Given the chance to make a difference, not just to the people we helped but to myself...

It was when I stepped of the plane at London Heathrow having not spoken or heard from my parents for over three weeks that I released from their facial expressions and smiles just what I had achieved!