Slow Travel: Why The Traveller Should Always Be a Tortoise and Never a Hare

Slow Travel: Why The Traveller Should Always Be a Tortoise and Never a Hare 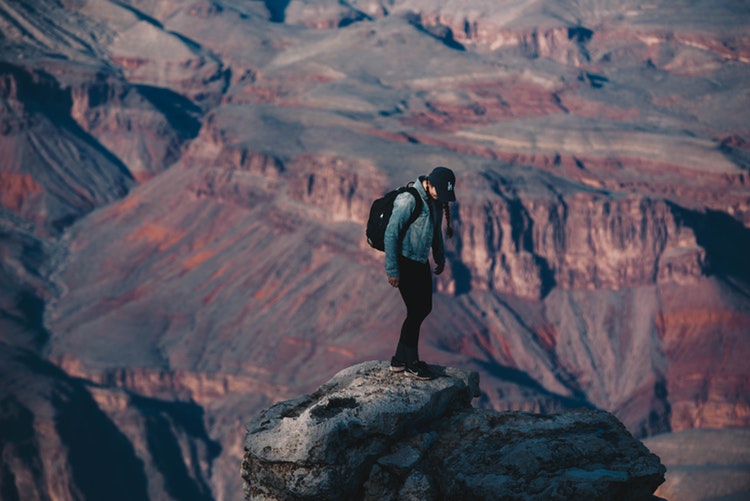 The world, it seems, is speeding up. Travellers move faster. With an increasing number of budget holiday providers, there is little excuse not to visit a new country every week. However, in our search for more experiences, we could be forgetting to actually experience. This isn't just a problem in the world of the wanderer.

The Slow Food movement exists as pushback to the rise of fast food. So many of us are eating on the go or while doing something else. How often do you find the time to craft a good meal for yourself, before sitting down to enjoy the food?

The same is true in journalism. Ian Hislop publishes Private Eye fortnightly because he wants to build a publication which is informative, entertaining, funny and accurate. This is a brave move in the world of Twitter comedians and 24 hour news.

The Independent, in its nonstop drive to churn out content, once posted an article captioned "Numbers Can Be Hard to Quantify". After their idiocy was pointed out, they changed it. But the fact that this was published in the first place says a lot. Incidentally, the article was little more than a bunch of infographics they'd found elsewhere on the internet. The online world has turned a once respectable newspaper into a clickbait factory for the uninteresting and often inaccurate.

So we come back to travel. Journalism and journey originate from the same word and I consider writing and wandering to be one and the same. The former uses the mind and the fingers, the latter the legs. As a writer, I have to churn out content or I don't get paid. I do my best to never make a factual error at the least, while preferably creating something original and engaging, using words precisely and concisely. Ideally though, a piece takes its time.

I won't be travelling for another few weeks. I've been home for Christmas and I need to save some money after the new year. When I do hit the road again, I'll be in slow but constant motion. I'll start by returning to Warsaw because I need to see someone. From there, we'll head south. Then, who knows?

The Thirty by Thirty project is admirable. As is trying to see every country in the world. Actually, I'd love to do that and I'm not here to tell others the pace at which they should live their lives.

However, travel is more than a number. It needs to get out of the likes and retweets mindset. Content creators need shares and readers to make a living. I get that, but in a world of mediocrity, why not create something great?

Always thinking about your next destination is to be in the Booking.com frame of mind. You know, the second after you book a hotel and the email comes through: "Right, that's booked. Where next?" As if the whole aim of travel is to go somewhere else. Take a moment to enjoy where you are. Not just where you are physically, but emotionally and spiritually too.

The tortoise moves slowly, but if it keeps moving, it will win the race. (Read Zeno's Paradox for more.) The tortoise is the perfect stoic: robustly tranquil. The tortoise, like the lion, does not fear predators. Unlike the lion, however, she doesn't prey on others either. She has nothing to prove. The world around her, at this moment, is good enough. With an average lifespan of 100 years, maybe a tortoise knows it has time. But with an average lifespan of 79, humans are yet to learn this lesson.