Things You Should Know and Can Do in Makati

Things You Should Know and Can Do in Makati 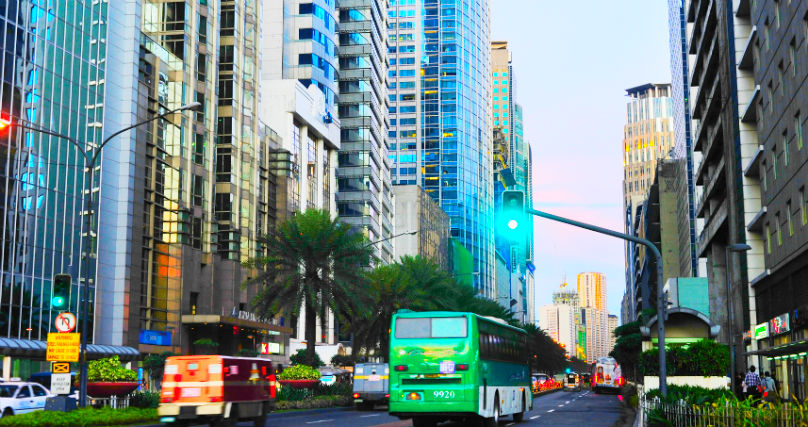 Makati, Philippines is not a new name for you and probably to each of us. This city is known for different reasons and seasons. Before you speculate about different matters about Makati, we will tell you some fun things you need to know:

Another fun fact is that there are four monuments of Filipino heroes installed in the city. These are former and late senator Ninoy Aquino, General Pio del Pilar, Gabriela Silang and Sultan Kudarat. Well, yes nothing new with having heroes’ monuments in town but not until you realize that three of which form the corners of Ayala Triangle. Do you want to know which of these are the points of Ayala Triangle? Try to explore Makati, Philippines as soon as possible and no Googling! Just for fun.

Well, the airport served many flights, commercial including local and international flights, not until 1941. It was the time of Japanese colonization and thinking that the ins and outs of the people pose security threats to neighboring countries, the airport became the headquarters of Far East Air Force. The commercial flights were halted, and only official travels of US Army Air Corps are allowed. Fast forward, there was a war that damaged the airport but was fortunately restored, and operations resumed in 1946. Due to some changes in ownership, the Nielson Airport came to an end in 1948.

However unfortunate it may sound the ending of the Nielson Tower is, the place is still functional. It has become Filipinas Heritage Library, Ayala Corporation’s historical collection repository. As of the moment, it is now hosting a restaurant of a Scottish restaurateur Colin Mackay called Blackbird. The name of the restaurant was the nickname of the US spy plane SR 71. Nielson Tower is still a place one should visit if you want to see the heritage building as well as experience fine dining.

Just in case you are wondering, Philippine Airlines was established in 1941, and the first flight Nielson Airport had was from Makati to Baguio.

In 2015, the estimated population of Makati, Philippines were 582, 602. The said figure is the night-time population of the city, and it balloons up to 3.2 million to 4.2 million (2010 data) during day-time. How come? Just imagine how many towers and buildings cater to different works and businesses are located in Makati.

Aside from there are 6,421 streetlight poles in the city, there are around 35 basketball courts located in Makati. The local government planned to have one court in each barangay. Moreover, there are 189 condominiums built and maybe some of which are still under construction.

Another thing, there are seven underpasses in Makati. If you’ve ever been in the city, you know how colorful they are. You can find them on the streets of Ayala Avenue and Paseo de Roxas. Speaking of Ayala Avenue, you would discover 185 trees and 148 energy-efficient lampposts on its road.

If you think that Makati is just a dull and boring busy city for work people, you are wrong. There are a lot of things you can do in the town, and they are definitely more than five. But to give you a hint of what this city has to offer, check out these three picks:

Perfect for history buffs is to go to the different iconic places in town as well as museums. You can visit Ayala Museum, Leon Gallery, Yuchengco Museum and Makati Museum. You are also a few blocks away from Mind Museum in Taguig.

There are available go kart racing tracks in Makati, fencing and boxing gyms and playing arenas or hubs for physical activities like shooting and bowling. Who said that people in Makati are just after the hustle and bustle?

At the end of a busy day, we look forward to relaxation. Makati is not just about business; they are also for fun and chill. There are some bars and resto-bars that will cater to your needs. So go on for a couple of drinks while enjoying good music.

With all these things you have now discovered about Makati, for sure you want to dig dipper and get to know the place better. There are more left unsaid in this article that you should check out by yourself. Have fun and explore the beautiful Makati Philippines!

Add janIce89 to your subscriptions feed

Why not settling on games that is fun and at the same time your earning. Well it'll make suspense because of the game as well but dude just try it and it gave me hope while pandemic is real rn. What to Do When Stakes Turn Toxic: How to Deal with a Frustrating Situation