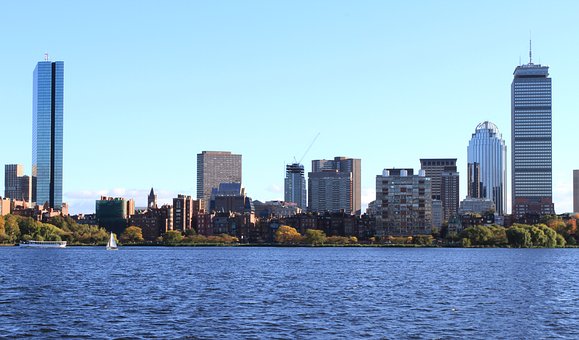 In the distance, you could already see the tower of the Cathedral of Toledo, the Holy Cathedral Iglesia Primada de Toledo, which had already seen in recognition photos.

Once again I ended up making the same mistake of not updating the GPS for the latest maps and, as it happened on the way to the Picos de Europa,  one of the roads to Toledo is very recent and did not appear on the GPS, extra before getting into town.

Although the San Martín Bridge was the first stopping point of the program, even because it was on the way, I ended up directly to the Mirador Del Valle to enjoy the view while resting and eating anything. It was 3:00 pm and I had not had lunch yet.

From the Mirador Del Valle you can have a fantastic panoramic view of the whole city, where you can easily identify the Cathedral of Toledo and the Alcazar of Toledo. Along the road there are several stopovers, but the most recommended is even this one because this is where all tourist buses stop probably because it is right in front of the whole city.

To avoid parking confusions and to be more rested, I ended up stopping slightly lower to rest and have lunch, next to some wooden tables and you can see why this Belvedere is preferred, the panoramic view over the whole city with the Tagus River to circle around you, is simply fantastic.

After resting and taking pictures of the practice, I went down to Puente de San Martín , where I had passed, but not stopped, on the West side of the city.

This bridge, which can only be crossed on foot, is made up of five arches and two hexagonal towers at its ends. It was built in the 14th century by Archbishop Pedro Tenorio and reformed three centuries later under the reign of King Charles II. The two towers at their ends were placed as a way of fortifying the bridge, the oldest one belonging to the thirteenth century and the most recent dating of the sixteenth century.

Now it was time to go to the East side of the city, making the entrance to the Alcantara Bridge. I passed again at Mirador Del Valle stopping at a small parking lot before arriving at the bridge.

The Puente de Alcántara is of Roman origin and has six arches. It is about 194 meters long, 61 meters high and 8 meters wide. It was built in the year 106. Its asymmetrical arches rest on five pillars with distinct heights above the ground and there is a memorial with a triumphal arch , in the center of the bridge, with a height of 10 meters, called Trajano.

Entering the city through this bridge, it was time to venture into the narrow streets of Toledo. It should be noted that I have looked for accommodation that, apart from being affordable in terms of price, should give the possibility of having the motorcycle close by. There are lodgings that have private parking but they can cost an additional 12 to 15 euros per night.

I ended up finding 2 or 3 in which the "easy" parking of the motorcycle would be possible, but I did not take the risk because I did not find any specific space to park the motorcycle and the idea I have is that in Spain they are very strict regarding parking "Anarchic" of motorbikes, especially in cities like these. I ended up choosing a Hostel right in the center, which did not have its own park, but through Google Maps I discovered a parking space for motorcycles a little over 50 meters.

The center of Toledo is restricted, as it already happens in some areas of Lisbon where it is necessary to be resident and have access card. Whether I did well or not, I do not know, but I did advance on one of those porches even without this resident or other access. I took the risk and that was it. It might be that there was no problem, however, in order to safeguard some future problem, I recommend trying to understand whether or not it is possible to get into a motorcycle, even if you are not a resident.

Through narrow streets where a car rarely passes, I went there trying to get to the motorcycle park near the Hostal, but it was not easy. Streets with the senses of traffic altered with respect to what the GPS indicated, streets closed or in works, or people who were so many that neither the people nor me of motorcycle passed.

After a few laps and a few times in the same place, I got to the place of the park reserved for motorcycles and fortunately had a place waiting. I parked the motorcycle and did not move it because honestly, I do not think I could go there again.

I ended up removing only the side bags, leaving the topcase and went to check in. The place in question was Hostal Palacios and the night was at 35 € with breakfast included but do not expect much of the breakfast since it was nothing more than a drink of choice and toast.

Afterwards, I went to get into the chamber and literally lost myself through the streets of the city of Toledo. I do not know if it was a problem with my cell phone or something to do with the narrow streets, but my phone had some difficulty in picking up a GPS signal and when I did, it was very unassertive.

I went first to Santa Iglesia Iglesia Primada de Toledo and I ended up going around finishing in the Plaza del Ayuntamiento where you can get some interesting photos due to the work of the sculptor Cristina Iglesias, in commemoration of the fourth centenary of El Greco, which causes interesting reflections but ... If you do not have a wide-angle lens, forget ... The Cathedral is very tall and only with such a lens can capture from top to bottom.

I continued descending towards the river and ended up bypassing it until the San Martín Bridge. It's a funny ride, especially at the end of the day, but it's still a bit of a walk. In the middle, a quick visit to the Monastery of San Juan de Los Reyes but only to the outside since a ceremony was taking place and a sign asks the visitors, nonparticipants, not to enter during the ceremonies.

I continued to climb towards the Puerta de Alfonso VI , where I had entered before. Along the way there will be some gardens where you can get a view of what will be the new part of the city. Further up, entering the Puerta de Alfonso VI but following Calle de Venancio González, they will go to another lookout further up to see the whole new part of the city.

Always following this road, which goes towards the Army Museum and the Alcázar de Toledo , pass before the Plaza Zocodover which by the way is quite busy and full of terraces around it making this place a good suggestion for dinner.

The road to the Alcazar of Toledo was under construction and I ended up not going there, because it was already getting dark and little or nothing was going to be seen. I decided to venture back down the alleys, this time with dark night, in an attempt to find the Hostal where I was staying and luckily I managed to find the site relatively easy.

For more detailed information and photos of places to visit in Toledo, you can consult my publication TOLEDO, A MEDIEVAL CITY TO BEIRA TEJO .

Add bonjos to your subscriptions feed