A Philosophy Tour of Athens

A Philosophy Tour of Athens 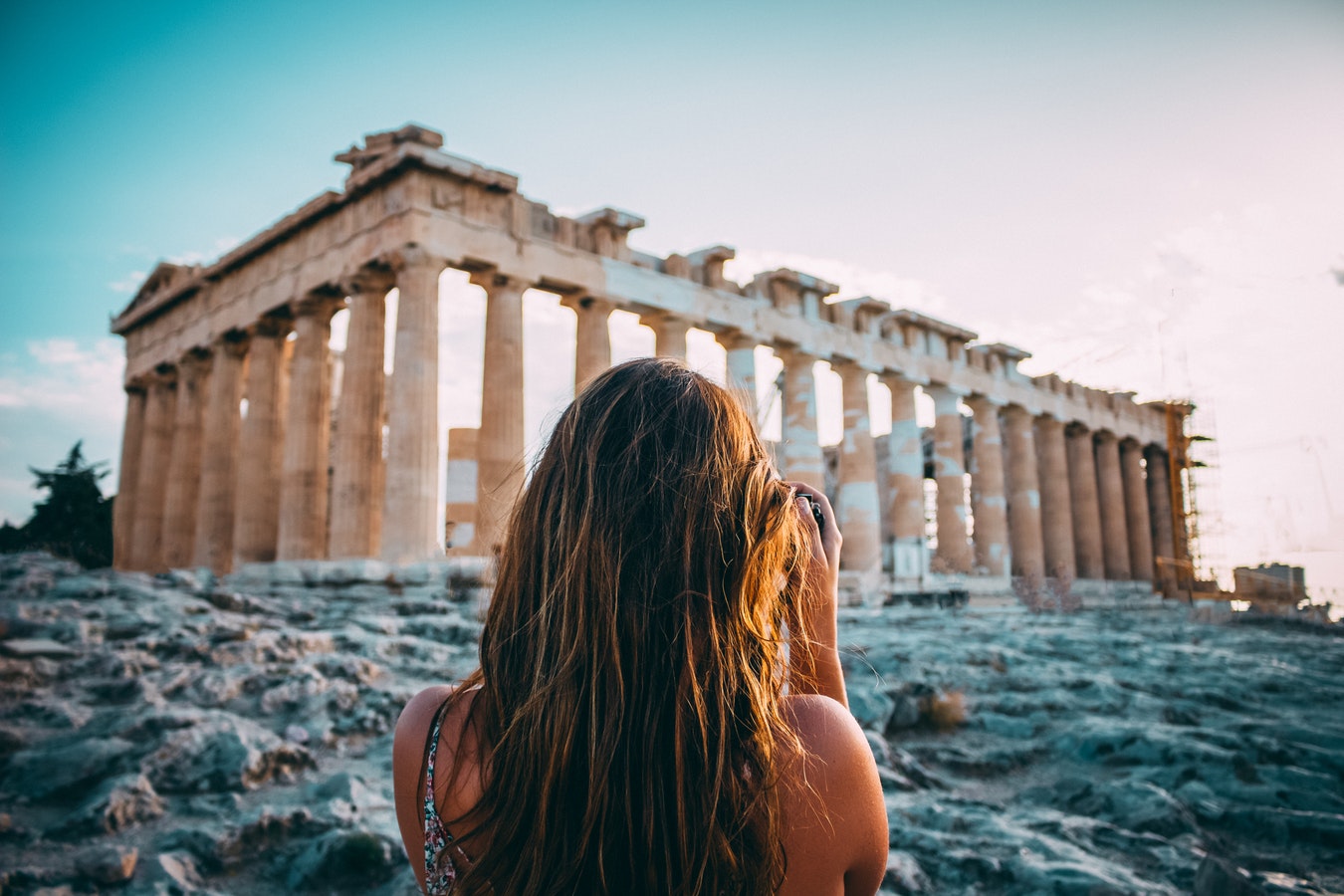 For me, wandering is tied up with wondering. (This probably wouldn't make a good audiobook). Travel is about exploring ideas as well as places, which is why every backpacker should visit Athens at least once in their lifetime. This single city marks the birthplace of some of the world's most important ideas, particularly in the realm of how to live well. From Socrates, who was executed for his commitment to questioning, to Epicurus who explained how we can avoid the fear of death without turning to religion. You can learn from Plato through his surviving works or you can go where he taught, stand where he stood, and escape from his allegorical cave where he broke his metaphorical chains.


In a world where anyone who's anyone had a sculpture of their face made, you'd assume Socrates' dad - the local sculptor - would be doing fairly well. In reality, Socrates came from quite humble beginnings, with no real education to speak of. Despite this, he left a lasting impact on the world, as he walked the streets and practiced philosophy with passing members of the public. For his willingness to question the norm, he was charged with corrupting the minds of the youth and sentenced to death.

Although the exact location of his incarceration is unknown, there are cell remains near the Agora at the base of the Filopappou Hill. Carved into the rock it says "Socrates' Prison". Whether or not this is the true location of his imprisonment, it is easy to get a sense of his final hours. With nothing but stone walls and a hard floor beneath the baking sun, Socrates did not appeal against his punishment, but let fate happen. His legacy was already set in stone for the next few millenia.

Plato's Academy
Although Socrates didn't write anything down, we know about his work from Plato, perhaps the most well known of the Greek philosophers. It is often said that all of Western philosophy is nothing more than a footnote to Plato. If you read just one philosopher's works, read his. He abandoned politics in order to spread Socrates' message, so that his ideas wouldn't die with him.

You can take buses to his Academy, where he taught, since the site is well known. It has been excavated and is free to visit, just as it was in the of Plato. Some of the world's most important philosophers were taught here. You too could walk where they walked and get a sense of what it was like to be taught by perhaps the greatest mind in history.

Aristotle's Lyceum
The most famous of Plato's students was Aristotle. He took Plato's abstract theory and brought it down to Earth, focusing on science and empiricism. A member of the peripatetic walkers, he later went on to teach Alexander the Great. He taught Athens' best young minds at the Lyceum, just a few blocks from the National Gardens. The excavated site is located on Rigillis and Vasilissis Sofias Street, next to the War Museum.

Sitting on the banks of the river, these pleasant gardens offered a tranquil environment, perfect for contemplating some of life's biggest issues. Spend the afternoon here and consider the Aristotelian virtues: Prudence, temperance, courage and justice. If you can find the right mean between deficiency and excess, then you will no doubt live a good and ethical life.

Epicurus' Garden
Perhaps the least well known of the Philosopher Kings listed here, Epicurus lived separate from Athenian society, in a garden dedicated to pleasure as the highest good. This wasn't a place you would necessarily think of as hedonistic, however. Epicurus abstained from sex and only ate simple grains and rice, sleeping on a hard floor. He chose to live slowly and simply, avoiding the suffering that comes with excess and training his mind. He took an Atheistic and materialistic view of life, finding meaning in friendship and wisdom.

My research has thus far failed to reveal where this garden lies, but then I am pushed for time as I have a flight to catch. With one week to go until I visit Athens, seeking its exact location will be my number one priority. Within the garden's walls, the most valuable ideas about happiness were formed. Along with stoicism, nothing offers a better guide to living the good and happy life.